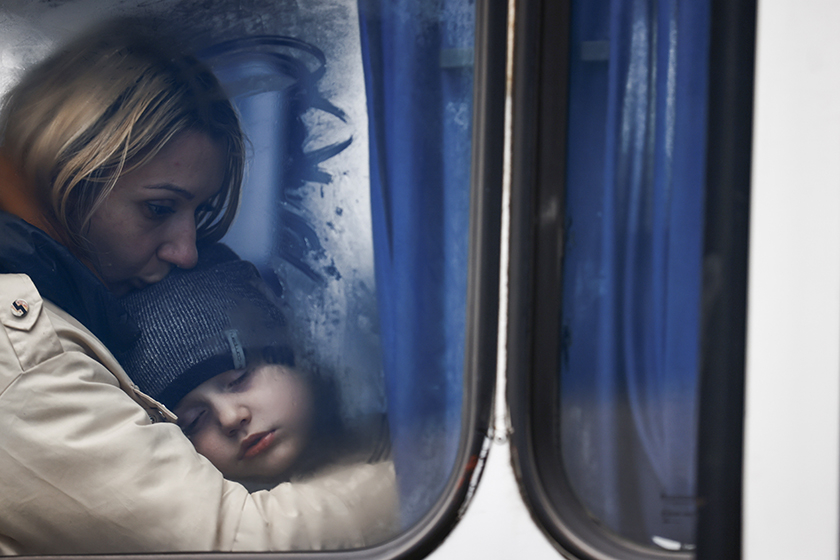 A Ukrainian woman holds her son as they arrive by bus at a refugee center in Korczowa, Poland, on Saturday. Photo: IC Photo 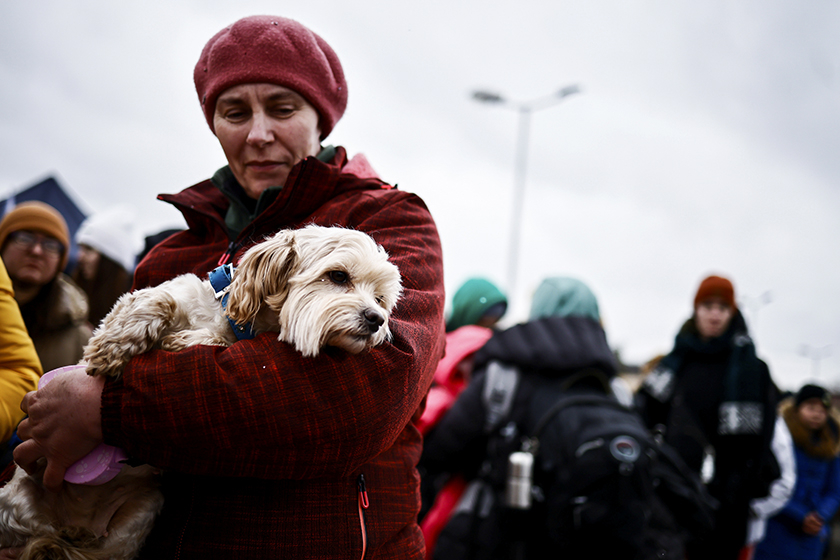 A woman holds her dog Saturday at a checkpoint in Medyka, Poland, after fleeing from Ukraine. Photo: IC Photo 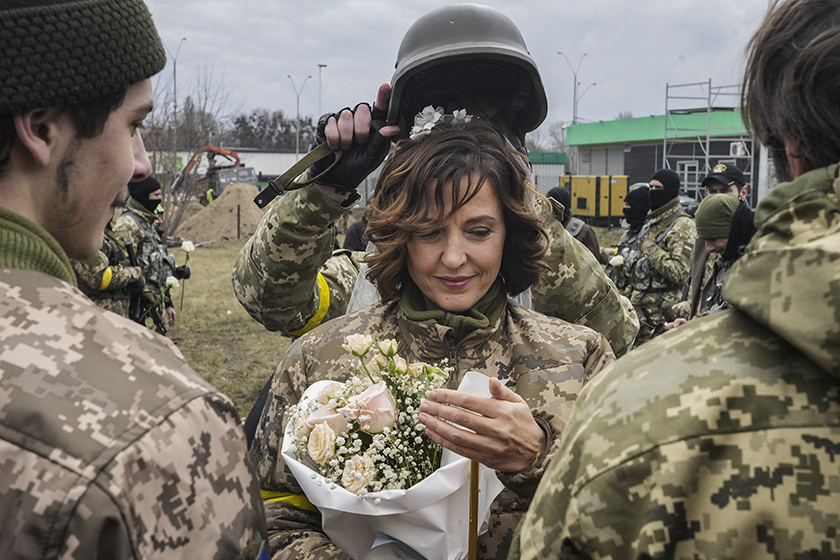 A Ukrainian soldier places a helmet on the head of the bride during a wedding ceremony in Kyiv, Ukraine, on Sunday. Photo: VCG 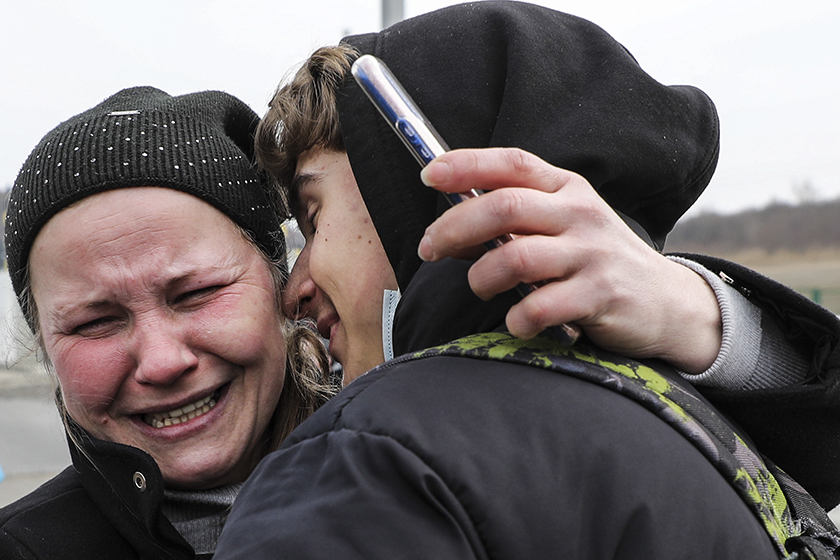 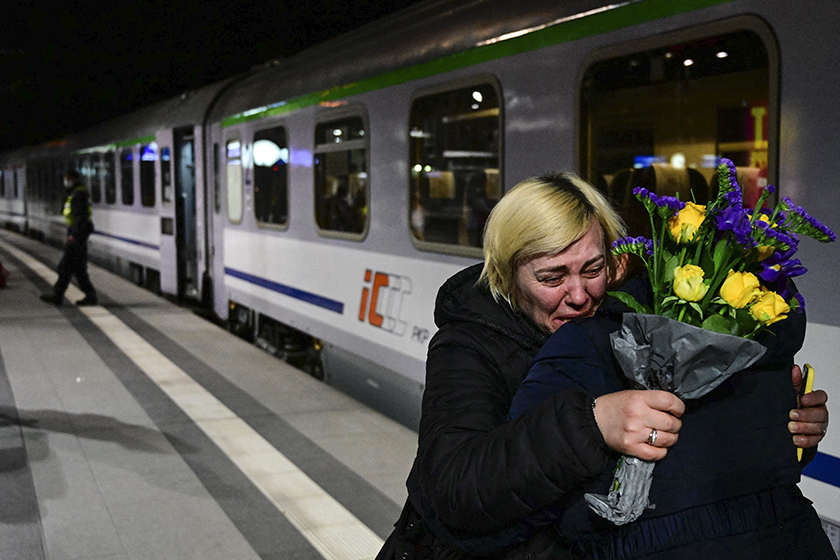 A woman cries as she hugs her friend after arriving in Berlin by train from Ukraine on Wednesday. Photo: VCG 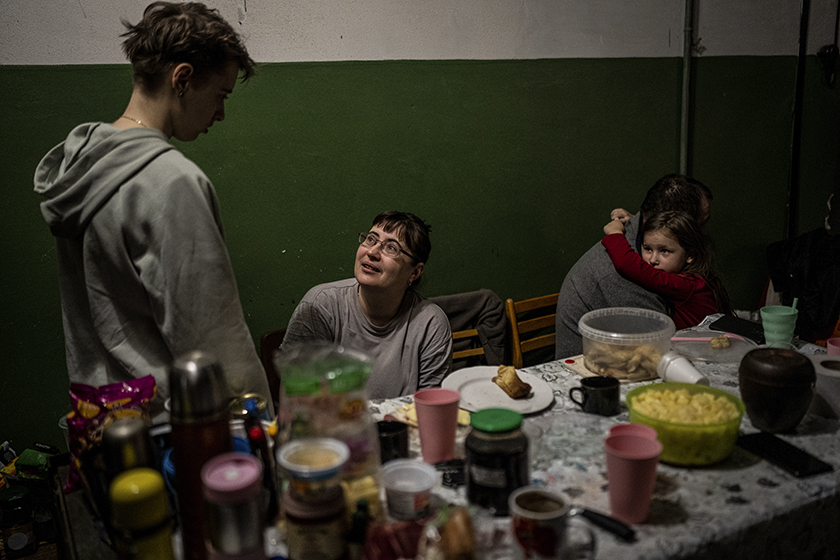 A woman stays in a bomb shelter with her family in Kyiv on Sunday. Photo: VCG 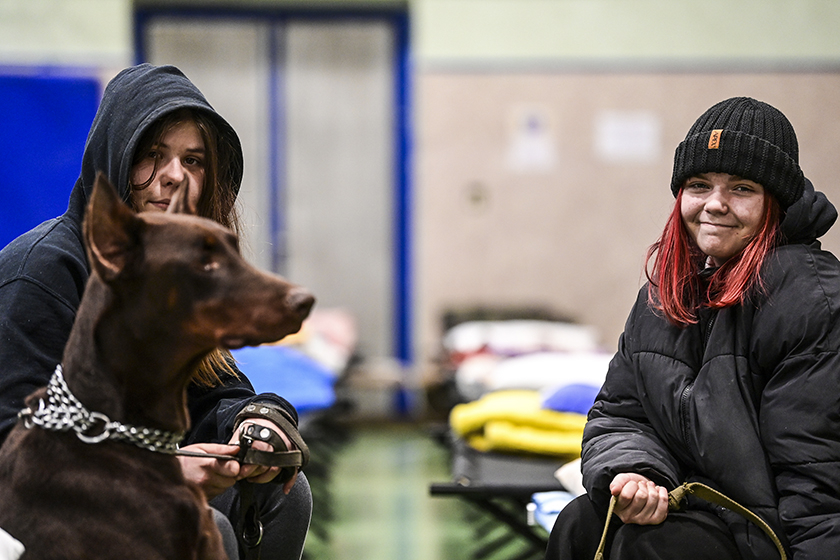 Two refugees from Ukraine rest with their dogs on Saturday inside a primary school that has been turned into a shelter in Záhony, Hungary. Photo: VCG 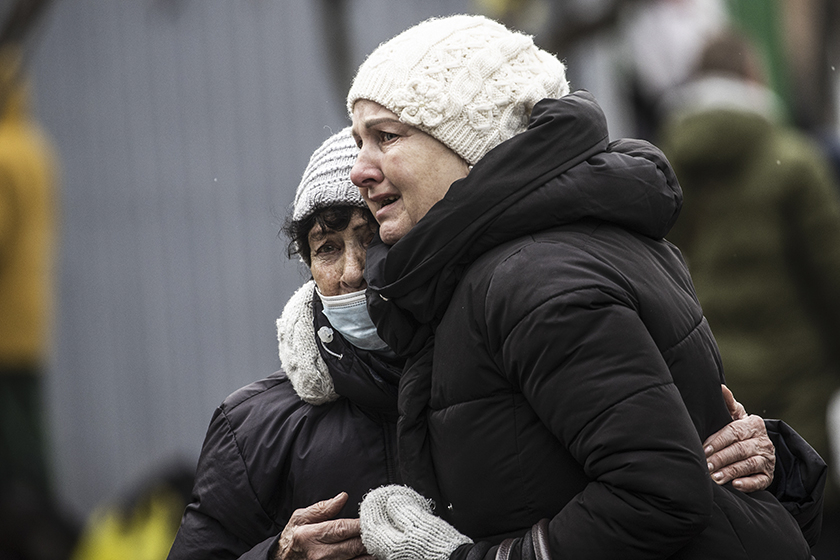 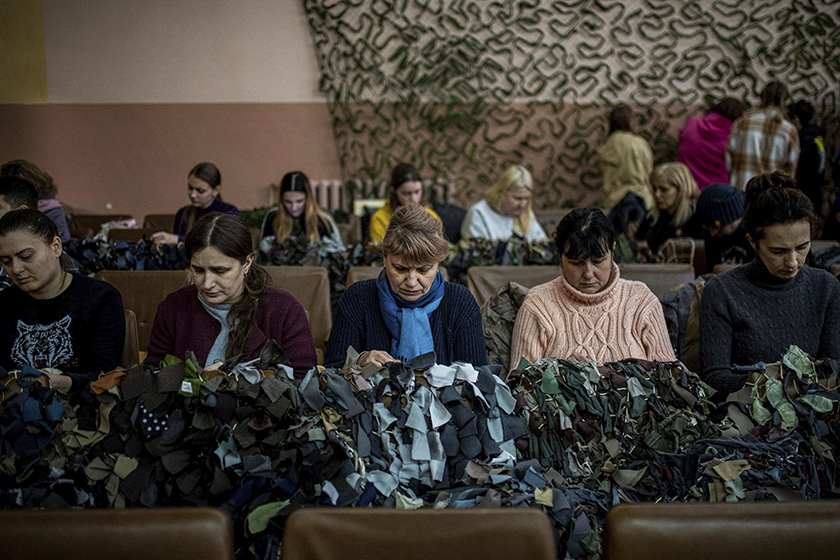 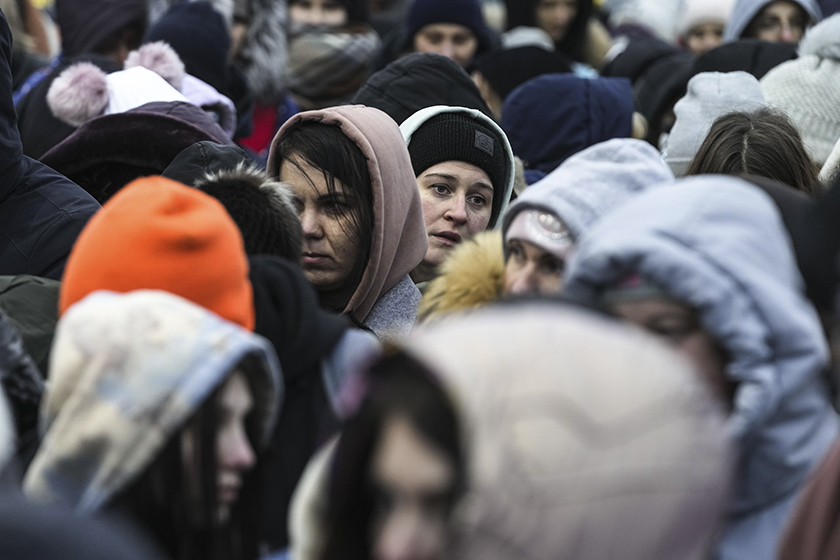 Refugees wait in a crowd for transportation at the border crossing in Medyka, Poland, after fleeing from Ukraine on Monday. Photo: VCG