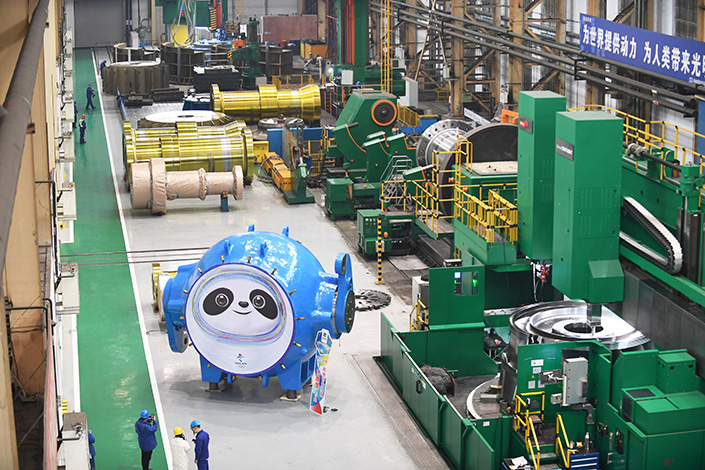 A machine painted with the 2022 Olympic mascot, Bing Dwen Dwen, is seen in the workshop of a factory in Northeast China’s Harbin province, on Feb. 11. Photo: VCG

China’s economy performed better than expected in the first two months of 2022, but economists warned that the seemingly upbeat numbers may not spell a strong recovery as they look toward more easing policies by the government.

China’s economic data for the January-to-February period, released Tuesday by the National Bureau of Statistics (NBS), beat expectations in areas such as year-on-year growth in fixed-asset investment, retail sales and industrial production.