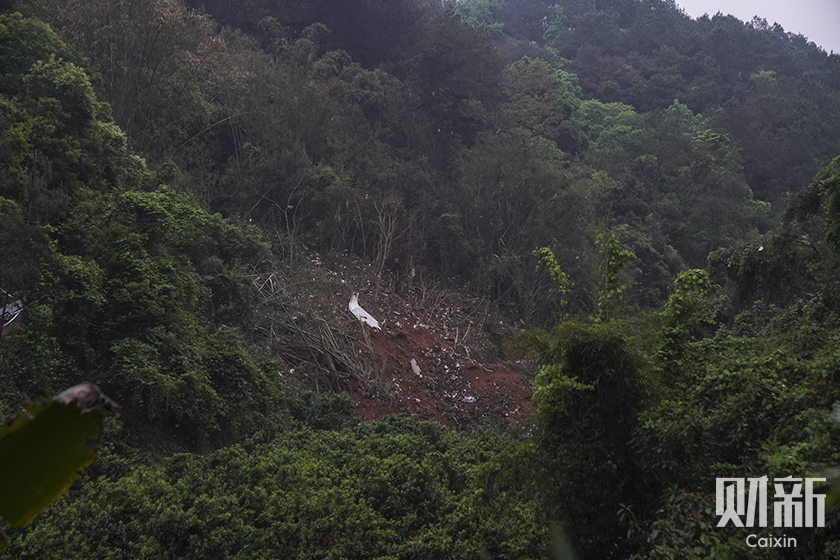 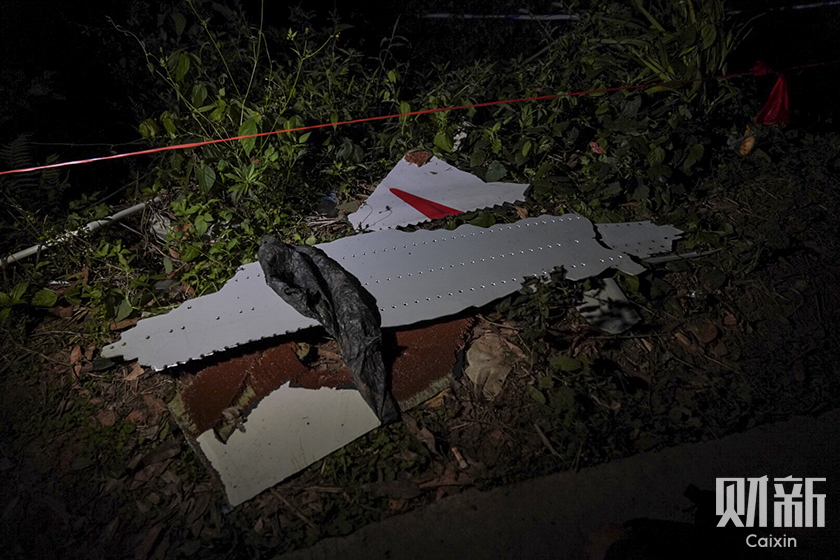 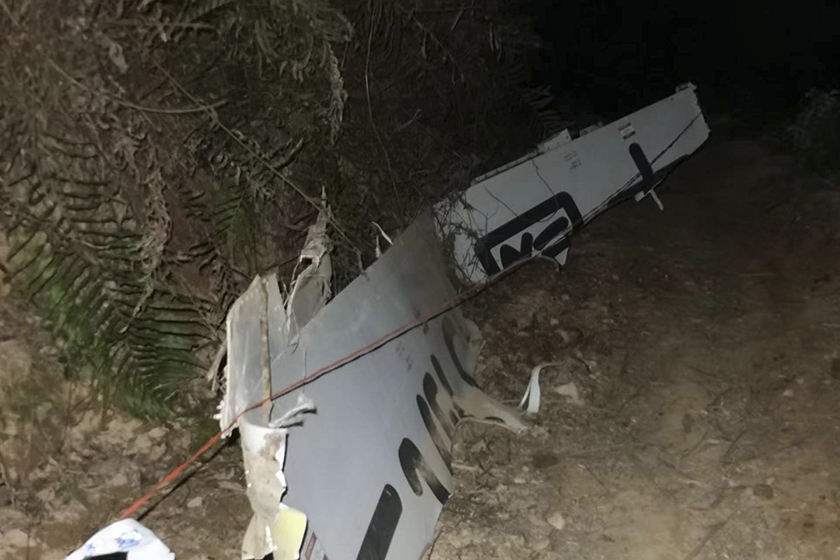 Footage captured by a nearby mining company had shown the plane in a nosedive as it fell to the ground. Photo: IC Photo 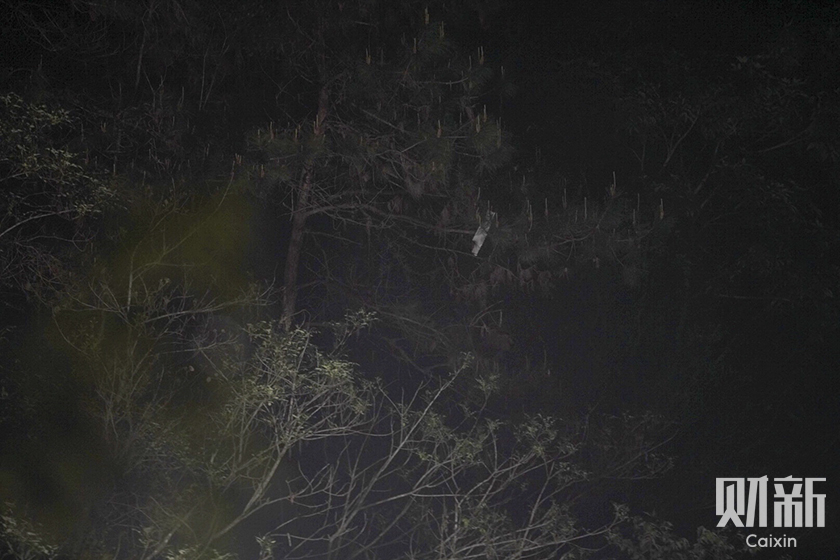 An object suspected to be plane wreckage hangs in the branches of a tree Tuesday. Pieces of aircraft wreckage were seen scattered around the crash site. Photo: Liang Yingfei/Caixin 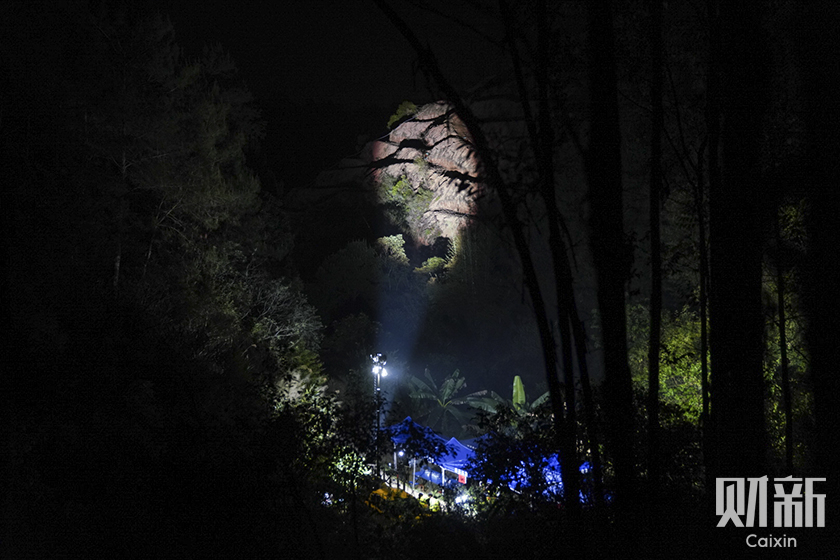 Lights from an emergency shelter illuminate part of a mountain in the crash area Tuesday. Photo: Liang Yingfei/Caixin 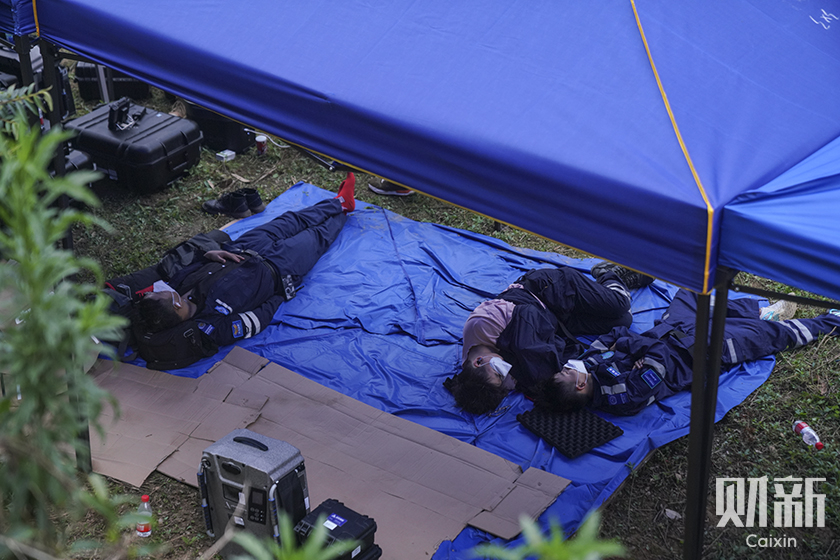 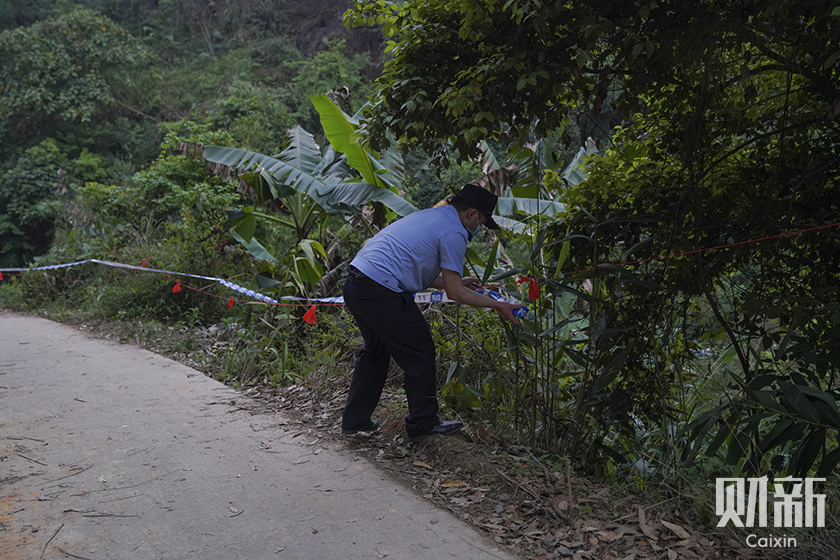 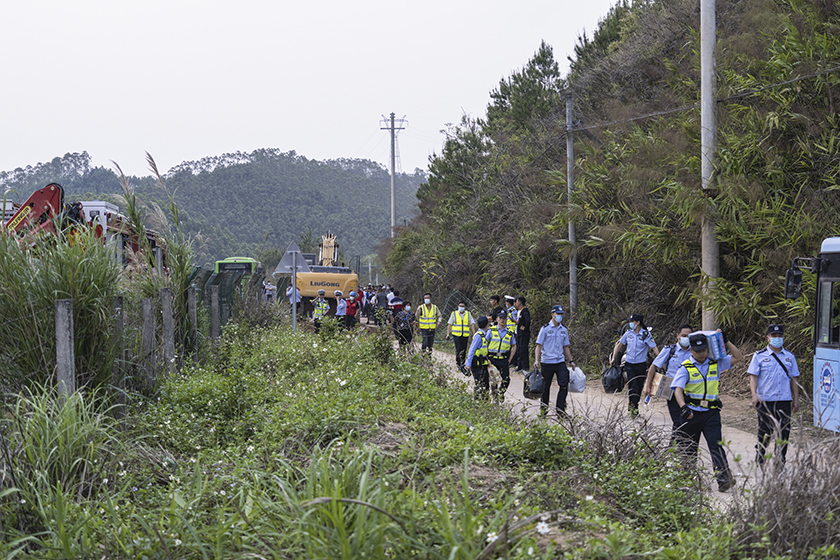 Search and rescue efforts are underway in the crash area. China’s civil aviation authority activated its emergency response mechanism and dispatched a working group to the scene after the accident. Photo: VCG 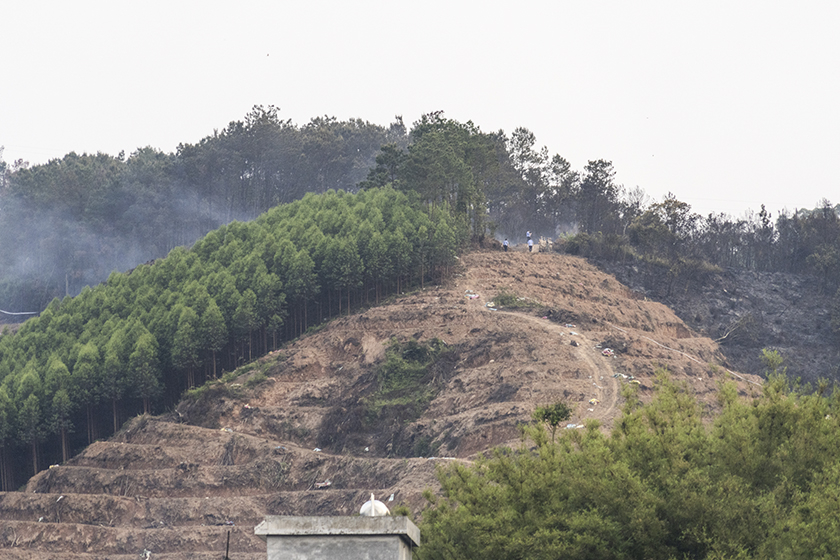 The crash caused the surrounding forest to catch fire, though the blaze was later extinguished. China Eastern has grounded its entire 737-800 fleet and established a special working group to investigate the accident and to support affected families. Photo: VCG