Caixin Explains: What We Know So Far About the Crash of Flight MU5735

By Yu Dawei and Han Wei 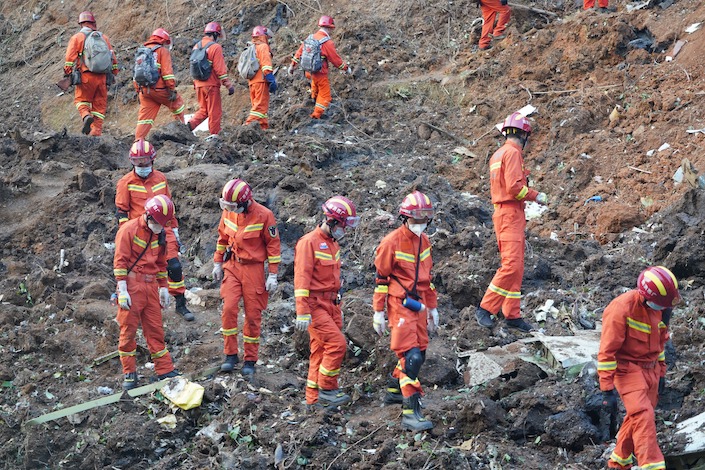 The investigation is proving difficult because of the severe damage to the plane, which left only scattered wreckage

Officials investigating China’s worst air disaster in more than a decade are trying to discover why a Boeing Co. 737-800 NG plane suddenly fell from the sky Monday and crashed on a mountainside in South China’s Guangxi Zhuang autonomous region.

There were no survivors among the 132 people on China Eastern flight MU5735. The investigation is proving difficult because of the severe damage to the plane, which left only scattered wreckage, an official at the Civil Aviation Administration of China (CAAC) said Tuesday at a briefing.