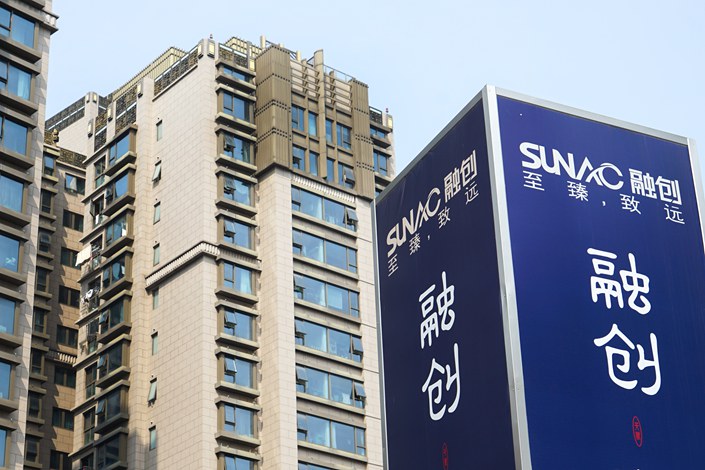 Sunac's shares will be suspended from trading on the Hong Kong stock exchange from April 1 after the company failed to disclose its earnings on schedule. Photo: IC Photo

There was no let-up in the pressure on China’s real estate developers in March, as sales in some large and midsize cities dropped by nearly half from a year before and more developers ran the risk of default.

Housing sales by floor space fell 49.1% year-on-year in March in 17 Chinese cities, a deeper contraction than a 23.4% drop the previous month, according to Monday data from property think tank China Index Academy. The cities tracked include larger, more developed first-tier cities as well as second- and third-tier cities.