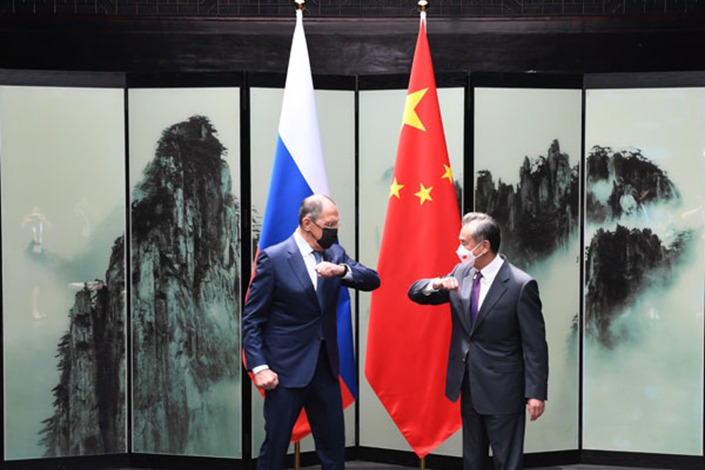 China has expressed support for Russia’s effort to de-escalate the Ukraine conflict through peace talks and build a multipolar world order against hegemony, according to the Chinese foreign ministry.

While hosting his Russian counterpart Sergey Lavrov in East China’s Anhui province, Chinese Foreign Minister Wang Yi said Wednesday that “we support Russia and Ukraine in overcoming the difficulties to continue with the peace talks, support the positive outcomes reached in the negotiations so far, support the de-escalation of tensions on the ground, and support the efforts made by Russia and other parties to prevent a large-scale humanitarian crisis.”