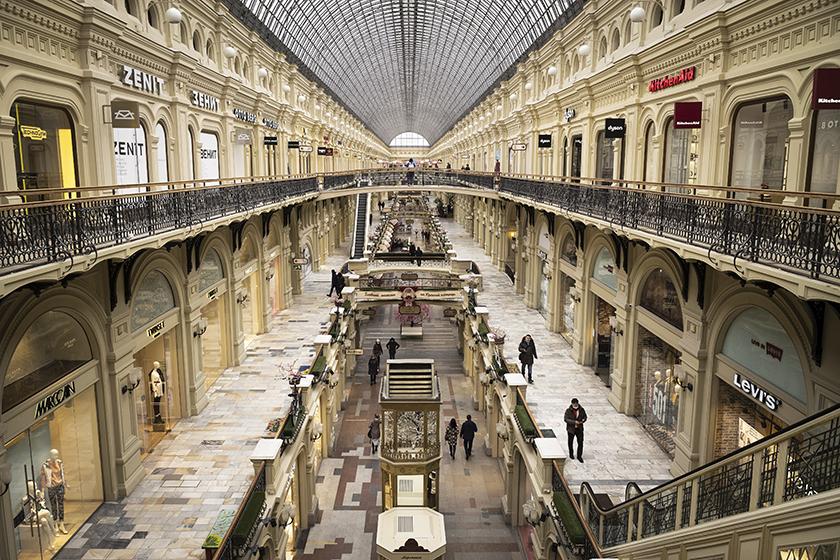 A handful of visitors walk inside the GUM department store in Moscow on March 4. Many international stores and factories have halted operations in Russia amid sanctions placed by Western and Asian countries over the war in Ukraine. Photo: VCG 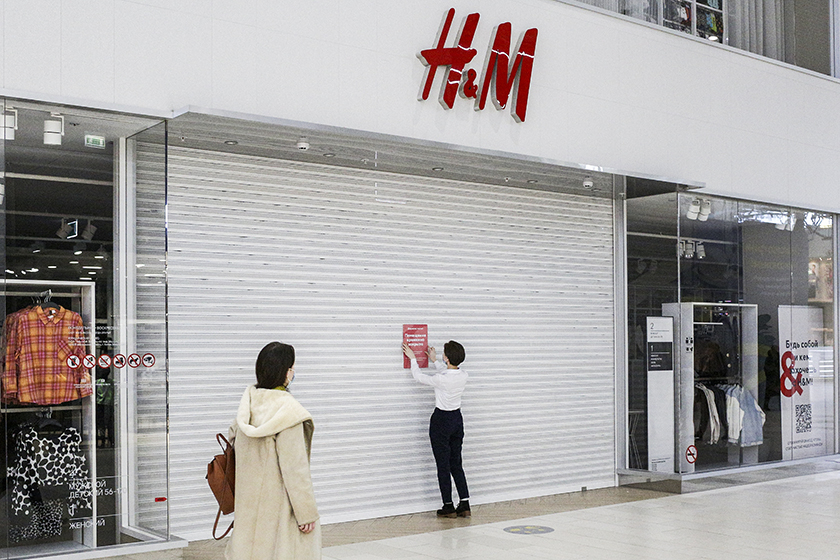 An employee posts a notice at a closed H&M store on March 3 in Omsk oblast, Russia. The Swedish fashion retailer announced a suspension of sales in Russia on March 2. Photo: Yevgeny Sofiychuk/VCG 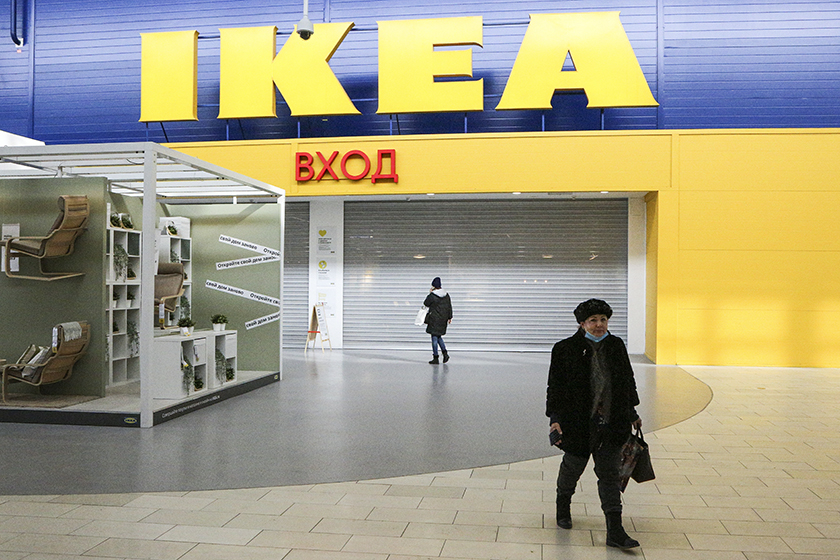 Russian residents walk past a shuttered Ikea store in Yekaterinburg, Russia, on March 4. The Swedish furniture retailer announced it was pausing operations in the country due to the war.Photo: Yevgeny Sofiychuk/VCG 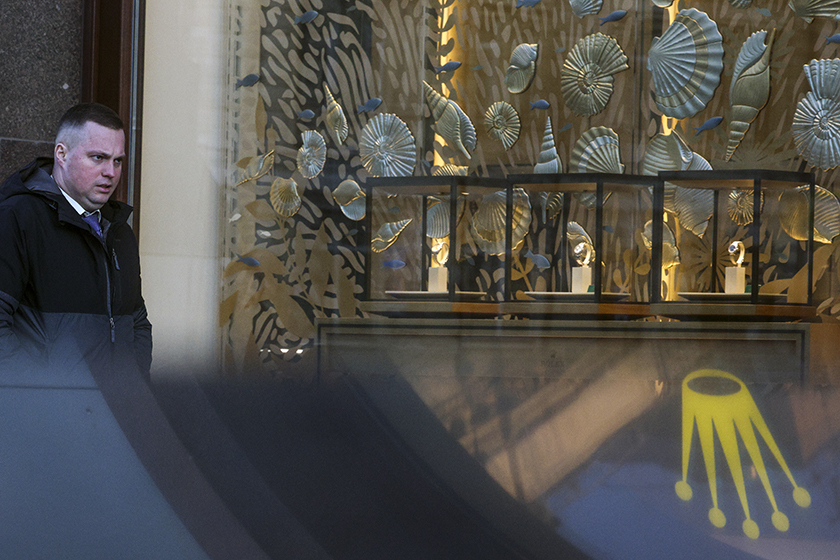 A man walks past a Rolex store in Moscow on March 9. The Swiss watch manufacturer halted exports to Russia in March. Photo: Gavriil Grigorov/VCG 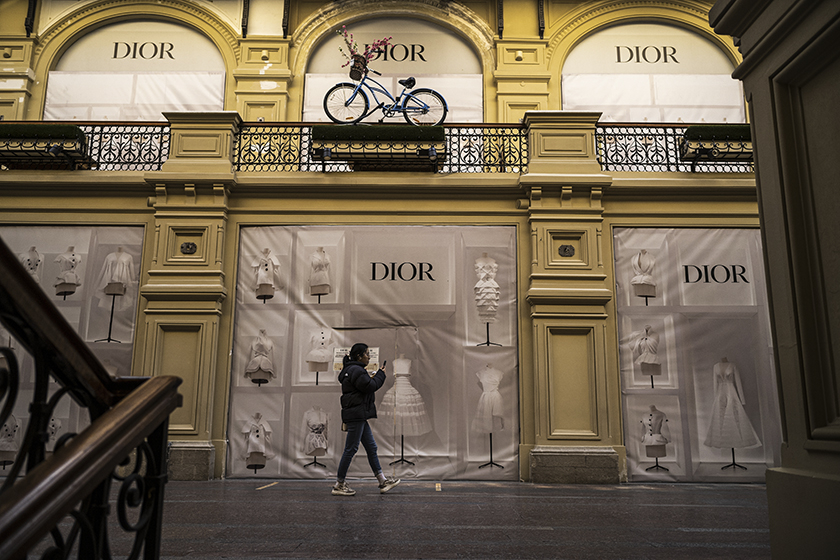 The façade of a Christian Dior boutique inside the GUM department store in Moscow on March 9. Luxury giant LVMH, which owns brands like Christian Dior, Givenchy and Kenzo, closed more than 100 of its boutiques in Russia on March 6. Photo: VCG 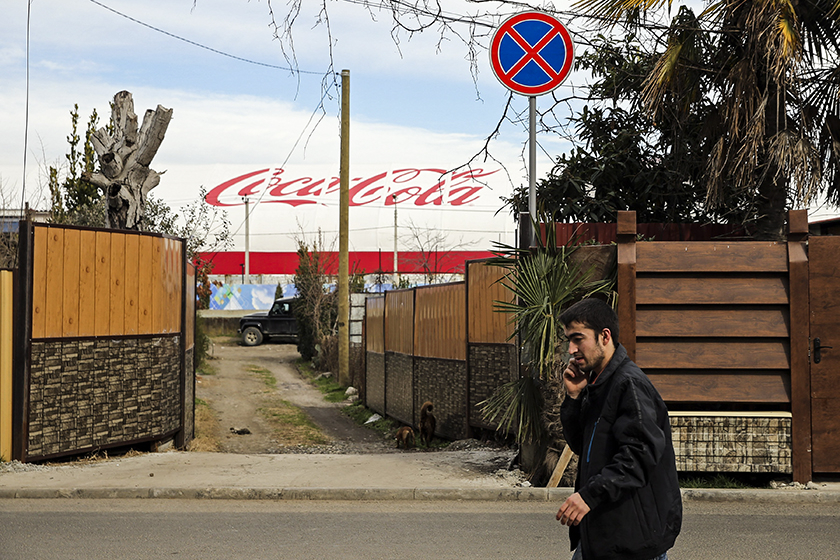 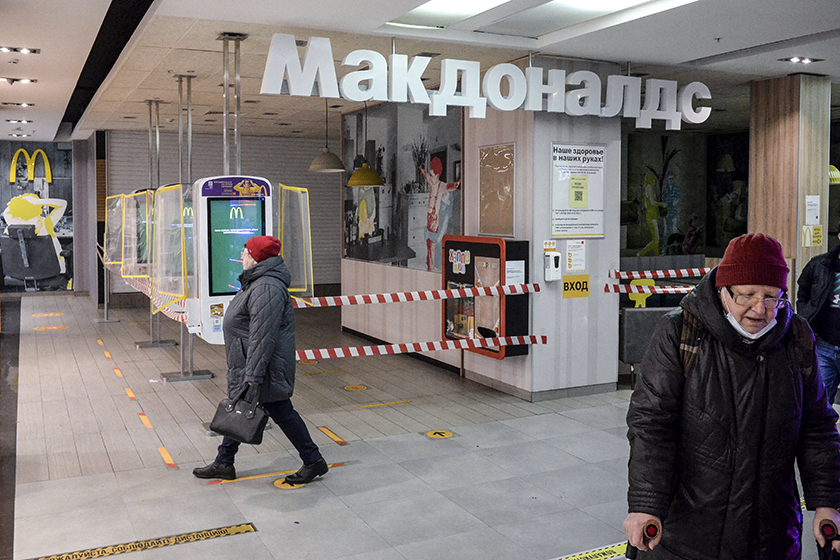 A cordoned-off McDonald’s outlet at a shopping mall in Moscow on March 16. The global fast-food chain giant announced it was shutting all of its 850 restaurants in Russia on March 8. Photo: VCG 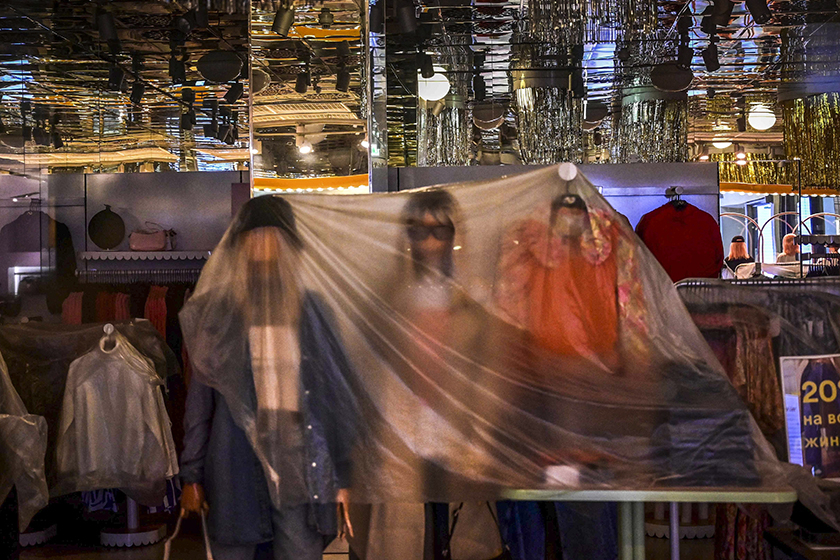 Mannequins are wrapped in plastic at a closed Monki clothing store in a Moscow shopping center on March 17. Photo: VCG 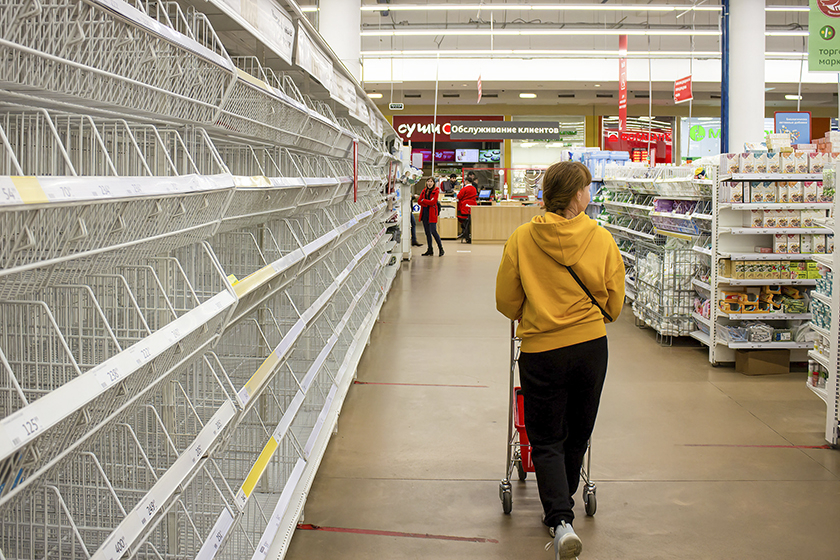 A woman walks by empty shelves in a Moscow supermarket on March 23. There have been shortages of supplies after many foreign brands halted operations in Russia, in response to the country’s military activities in Ukraine. Photo: VCG 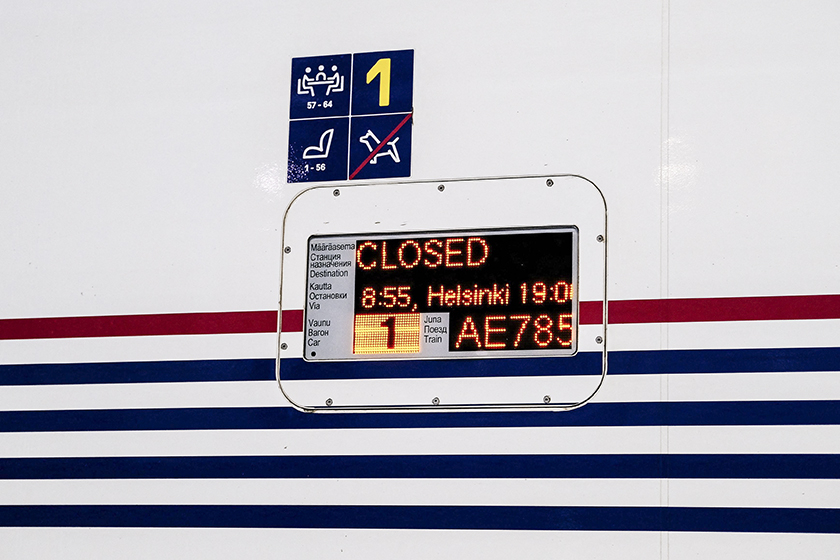 An electronic signage on a high-speed Allegro train operating between Helsinki and St. Petersburg. The service — one of the few providing transport from Russia to the EU — was temporarily discontinued from March 28. Photo: Alessandro Rampazzo/VCG 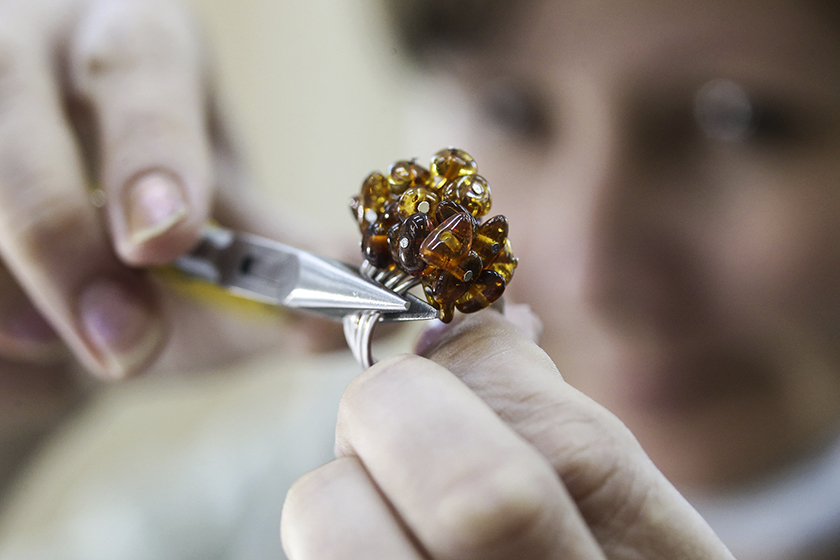 Japan banned the export of luxury goods such as jewelry, cosmetics and liquor, to Russia on Tuesday. Photo: VCG 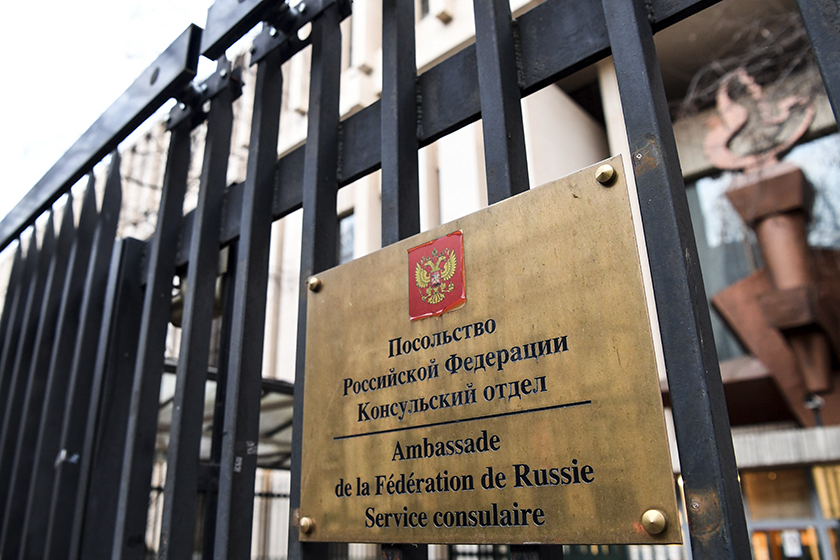 A plaque at the embassy of the Russian Federation in Paris. France said it would expel 35 Russian diplomats on Monday. Photo: VCG 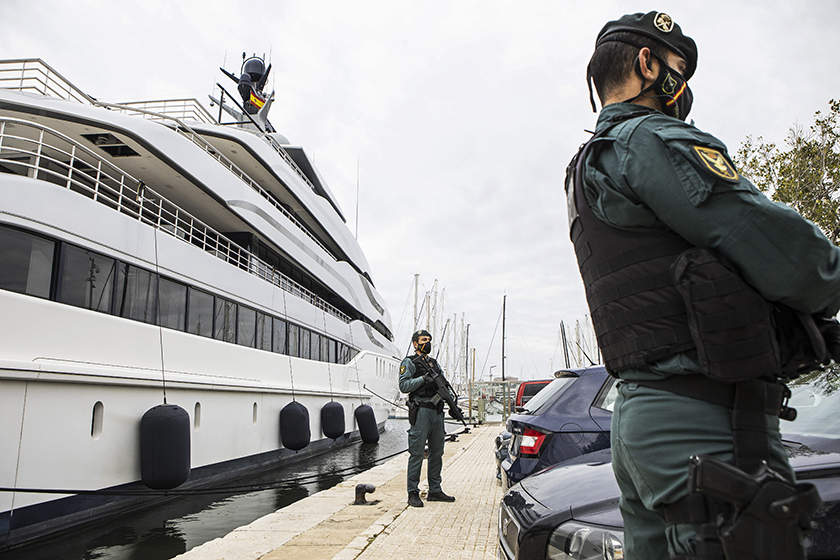 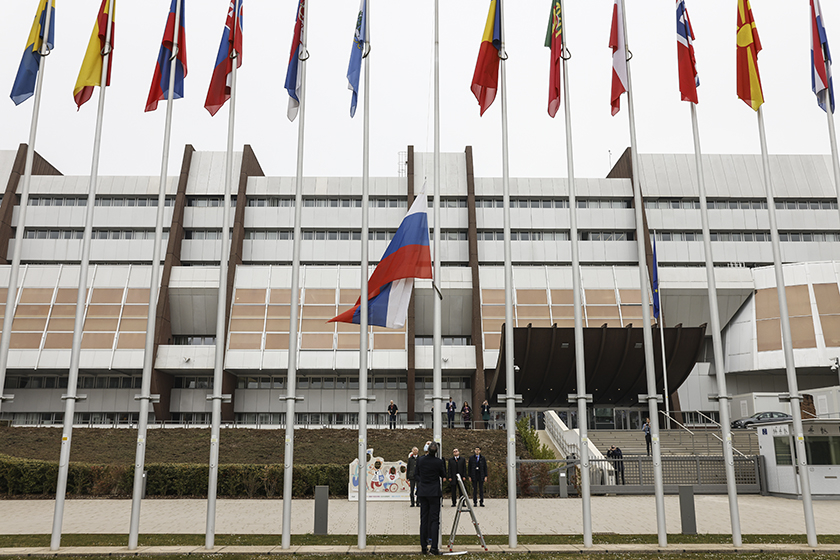 The Russian flag is removed outside the Council of Europe building on March 16. A new round of sanctions is underway on Russia as the U.S. plan to ban investment in the country, while the E.U. is set to ban Russian coal as well as ships and trucks from entering the bloc. Photo: VCG