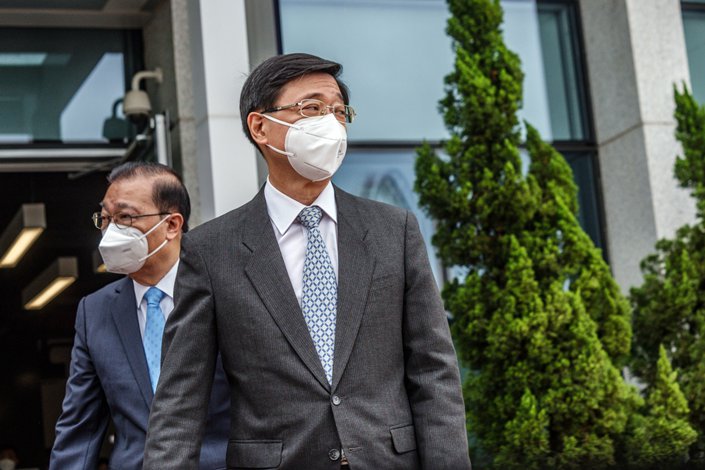 Former Chief Secretary John Lee said Wednesday that he received 786 nominations from the roughly 1,500-member Election Committee that picks the city’s leader. That number is greater than the majority he needs from the committee dominated by Beijing loyalists in the May 8 election.