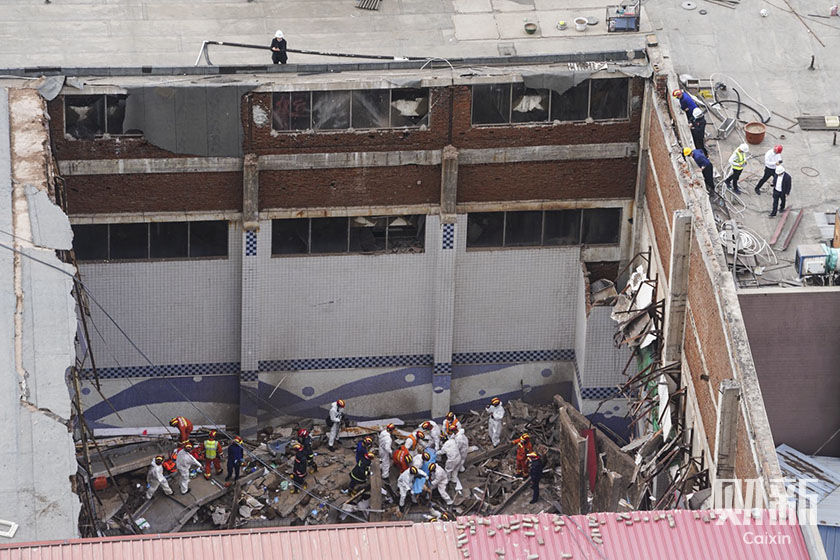 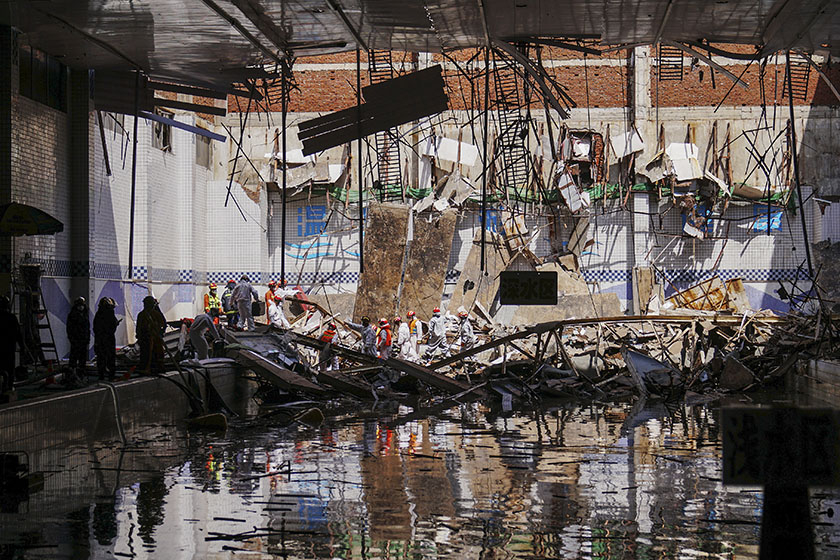 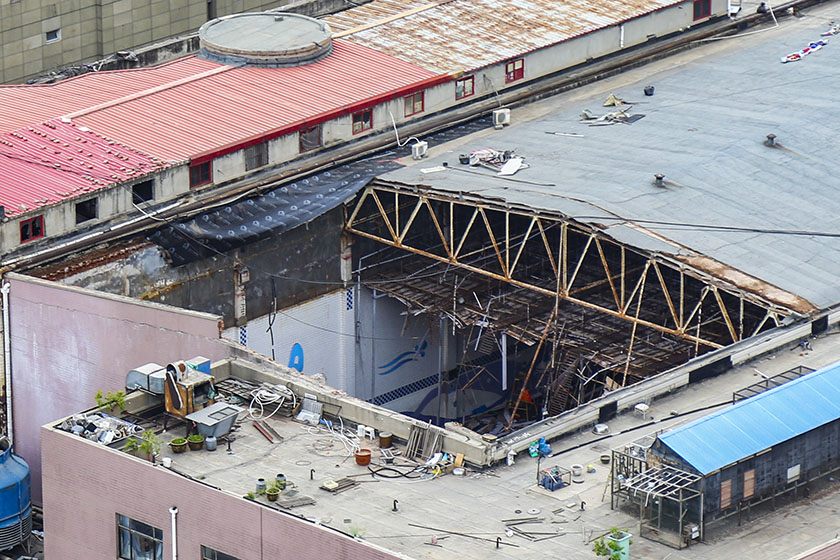 An aerial view of the hole in the roof created by the collapse. Photo: IC Photo 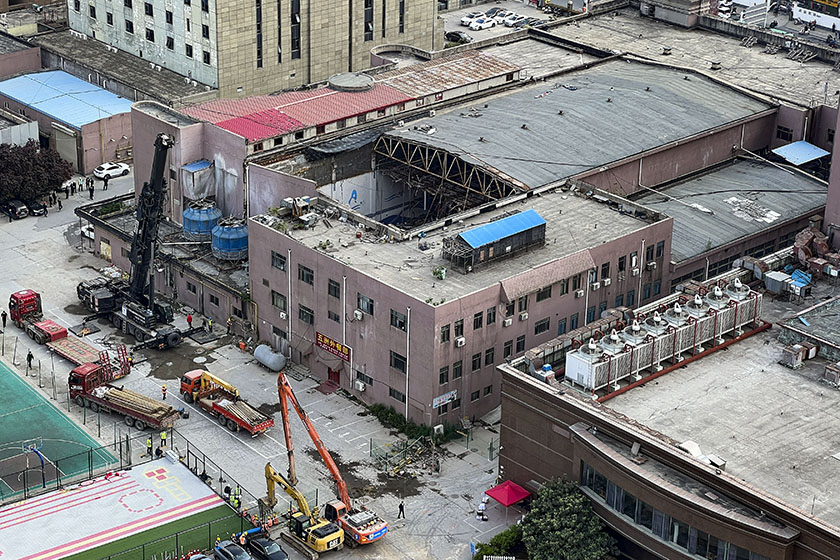 Excavators and a crane stand by at the site. Photo: VCG

A total of 12 people were rescued from the site, the local government announced Monday in a Weibo post. Photo: Chen Liang/Caixin 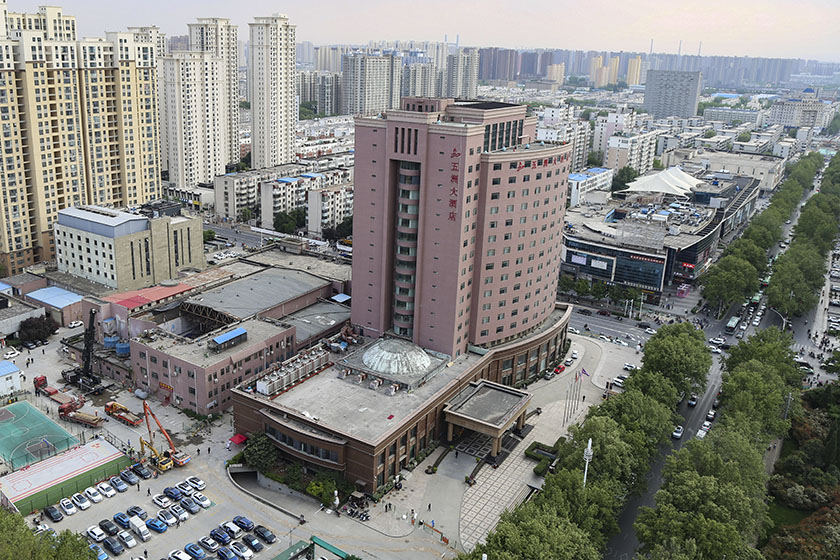 The collapsed swimming pool is part of the Wuzhou Hotel, which has operated for more than 20 years. Photo: VCG 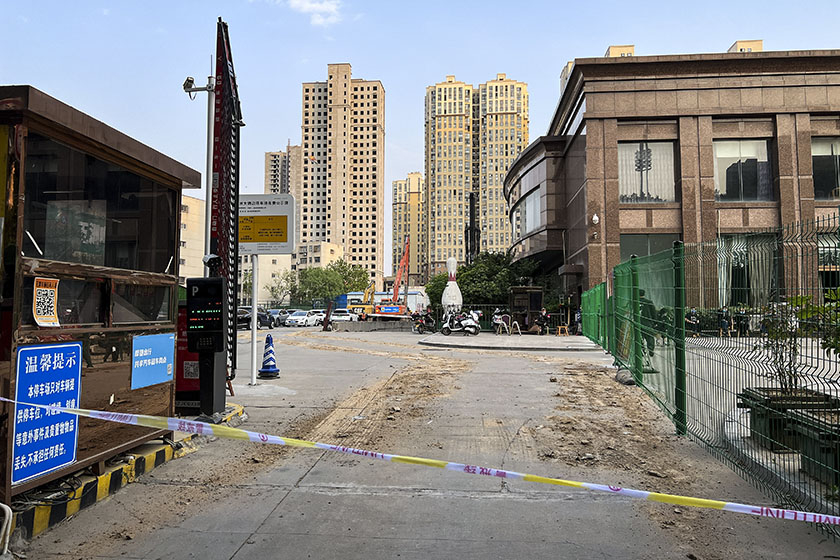 Cordon was set around the hotel after the incident. Photo: VCG 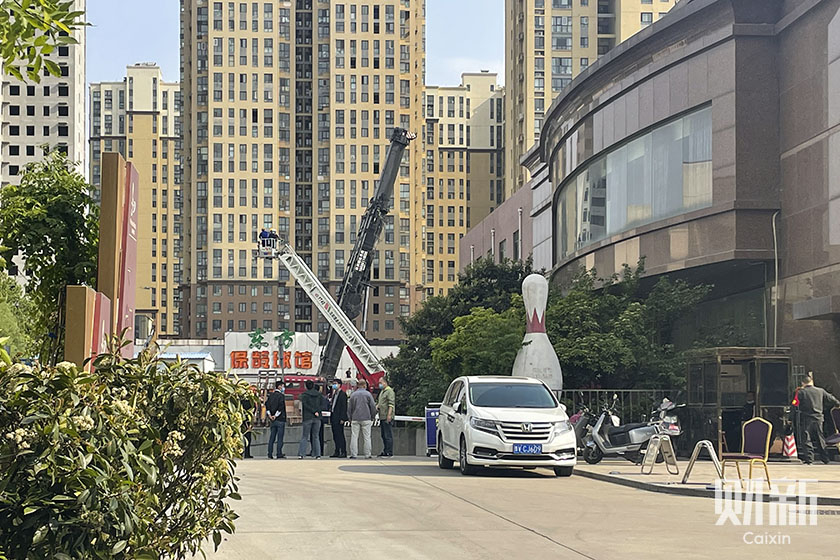 Police have controlled three related business operators. Investigation into the cause of the incident is underway. Photo: Chen Liang/Caixin 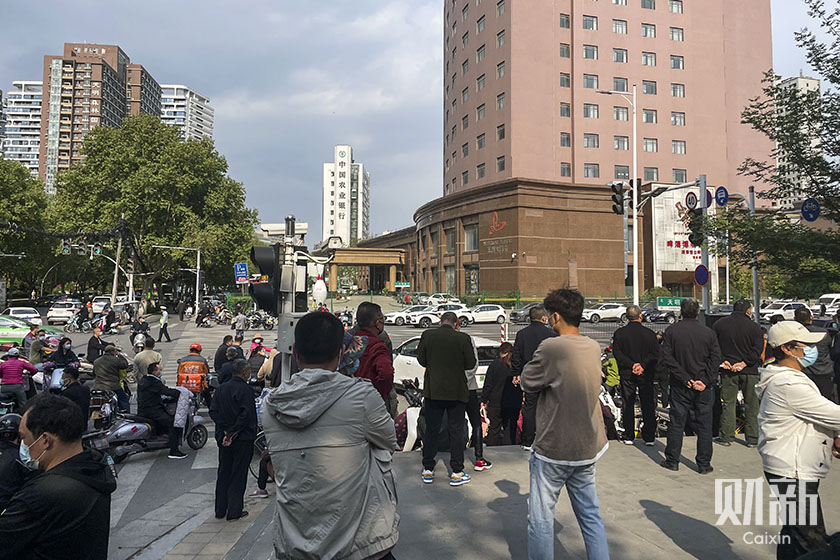