In Depth: How Kazakhstan Distances Itself From Russia to Pursue Domestic Reforms 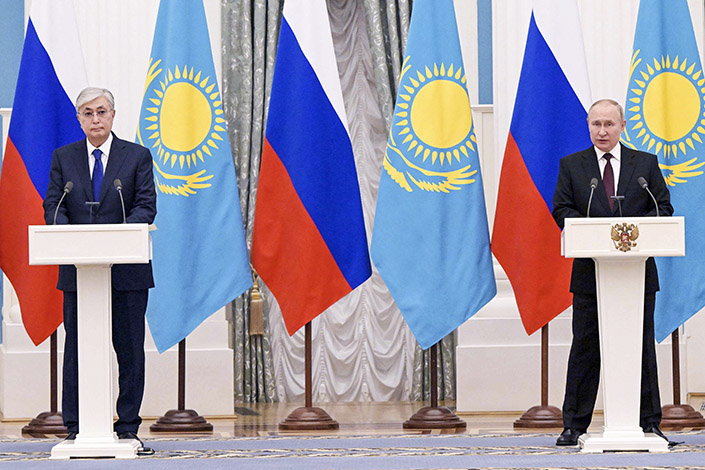 Kazakhstan President Kassym-Jomart Tokayev (left) and Russian President Vladimir Putin give a press conference after meeting at the Kremlin on Feb. 10. Photo: VCG

Since Russia’s war on Ukraine broke out on Feb. 24, Kazakhstan’s position toward the warring nations has shifted, as Central Asia’s most populous country takes stock of the potential impact of sanctions on its economy, and balances its longstanding links with Russia with an ambitious reform agenda developed in the aftermath of civil unrest in January.

Kazakhstan initially responded to the war with an ambiguous stance, but in April, it released a series of measures in an attempt to distance itself from Russia amid international pressure, as well as reports on the Bucha incident and other serious cases of Ukrainian civilian casualties.