Editorial: Resumption of Work and Production Not Solely in the Hands of Enterprises 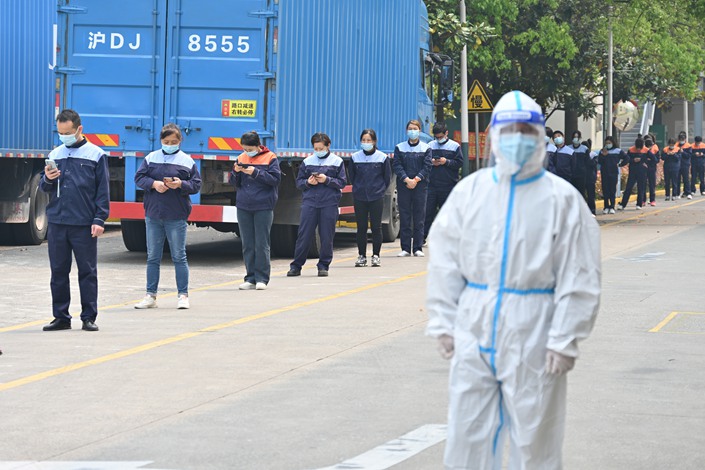 Covid-19 remains a tough battle in China. Concentrated resurgences in some areas have resulted in company suspensions and trouble for local residents. In the current wave of the outbreak, more specifically from mid-to-late March, more than 1,000 enterprises above a certain size in Shanghai were made to instigate closed-loop production, stated the chief engineer of the Shanghai Municipal Commission of Economy and Informatization at an April 19 news briefing. In 2021, Shanghai had 8,879 enterprises above the designated size, with 1.756 million employees, according to official data. Looking at these numbers, it is clear that the task of resuming work and production is an arduous one, as it not only requires attention to enterprises’ business development but also for people’s wellbeing. Furthermore, it is vital for the establishment of “dual circulation” and China’s steady economic and social development.