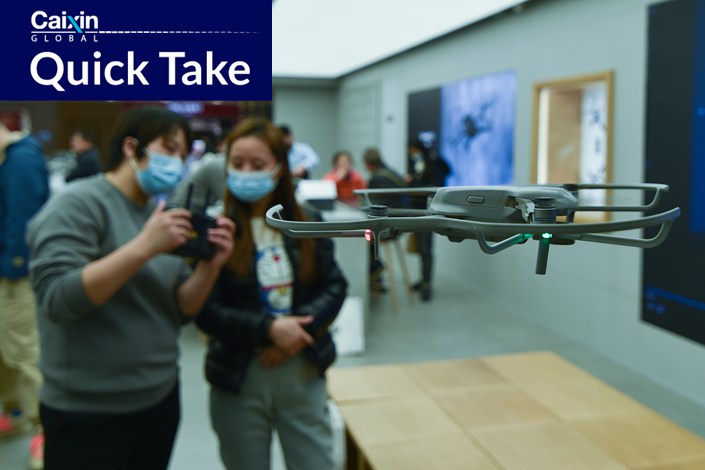 What’s new: Chinese drone-maker SZ DJI Technology Co. Ltd. said it will stop doing business for the time being in Russia and Ukraine, a move that came a month after Kyiv called on the company to ground any DJI drones being used by Russia’s military.

The suspensions in Russia and Ukraine will remain in place pending an internal reassessment of “compliance requirements in various jurisdictions,” DJI said in a brief statement Tuesday.

A company spokesperson would not specify the reason for the suspension, but told Caixin DJI is undertaking the review to ensure it is following “the laws and regulations enacted by the governments around the world, including China’s Export Control Law.”

The background: Last month, Ukrainian Vice Prime Minister Mykhailo Fedorov released a letter asking DJI CEO Frank Wang to do something to stop the Russian military from using its drones to launch missiles “to kill civilians.”

Fedorov also urged DJI to “end any relationships” with Russia until the war ends, block all of the company’s drones “purchased and activated” in Russia, as well as provide information regarding the number and locations of its products in Ukraine.

In response to Fedorov, DJI said that it could use geofencing to deactivate any of its drones being used in Ukraine based on GPS coordinates, creating something akin to a no-fly zone in the country for its drones. However, the company pointed out that doing so would affect all DJI drones in the restricted area regardless of their user.

DJI also stressed that it could not obtain the flight data of its customers’ drones nor identify their locations.