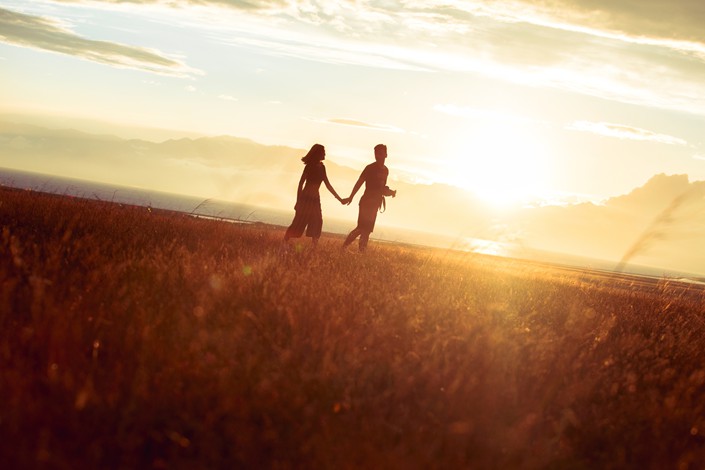 One may be tempted to assume that monogamy is an ideal that all humans aspire to, but this is far from the truth, according to Chinese economics professor Li Jingkui. He explains how marriage systems were devised to maximize economic benefits.

Most societies in the world today practice monogamy, giving us the illusion that it’s human instinct. Fidelity between two people is symbolized in China by Mandarin ducks, and couples often receive linen sets decorated with the ducks on their wedding day to convey the blessings of relatives. Swan geese likewise symbolize lifelong coupledom, as they are believed to be the most monogamous creature in the animal kingdom.

While ancient literati were impressed when they spotted breeding pairs of Mandarin ducks in April swimming together, seemingly inseparable, references to monogamy throughout history are merely human projections onto the natural world. We like to see ourselves as being “one with nature.” But alas, the beautiful imagery ends there.

When mating season starts in May, the male ducks go all out to win the attention of females, while the latter return the favor by attaching themselves to the males. However, as soon as they have mated, the male ducks exit the scene, leaving the females to build the nest, hatch the eggs and take care of their offspring alone. Even leaving aside the fact that male Mandarin ducks seek out different females every year, and sometimes in the same breeding season, researchers from Jilin province’s Changbai mountains found that when one of a pair of Mandarin ducks is killed, the other quickly finds a new partner. As for swan geese, while they take care of their offspring together, as soon as mating season is over, they start looking for a new partner. Mating for life is a fantasy.

Animals have evolved to have the best chance of reproducing and passing on their genes. Of the more than 8,000 bird species in the world, about 90% mate and take care of their young together, indicating a monogamous way of life. This is because birds take a long time to incubate their eggs and rely on partners to bring them food, or else risk starving to death. However, ornithologists have discovered that even birds among monogamous species do mate with other birds, not just their partners. In other words, they cheat, as alluded to in Helen Fisher’s “Anatomy of Love: A Natural History of Mating, Marriage, and Why We Stray.”

Monogamy as an economic expedient

One could look at human evolution as a type of cultural evolution, with monogamy as the product of production incentives. Gary Becker was an economics professor at the University of Chicago and a renowned economic imperialist in contemporary Western social sciences. He was known for his unique insights into the economic analysis of human behavior and received the Nobel prize in economics in 1992. His research focused mainly on marriage and family.

When using economic approaches to consider why men typically marry one woman in his paper, “A Theory of Marriage,” Becker explained, “The importance of one’s own children is sufficient to explain why marriages of several men to one or several women are uncommon since it would be difficult to identify the father of a child if many men had access to the same woman, whereas the identity of the mother is always known.”

Becker’s affirmation of modern society’s practice of monogamy is based on an important premise that, in a male-dominated society, the husband is the family’s main source of income, and thus has greater control over family property and greater decision-making power in distributing assets after death. Because males hold the power to distribute assets in the family, it is important for fathers to know who their “own children” (biological children) are in the family.

Since monogamy is so economically sound, why does polygamy still exist? My doctoral supervisor professor Shi Jinchuan of Zhejiang University is an expert in law and economics. He addressed this question in his book, “The Taste of Law and Economics” (法律经济学趣谈), which I paraphrase here.

The Mosuo people living on the banks of Lugu Lake, on the border of China’s Sichuan and Yunnan provinces, is one of the world’s last traditional matriarchal societies. They adopted the “walking marriage” (走婚) system where men and women did not marry and the women could chose and swap partners as they wished.

In such a system, a man who had feelings for a woman (and she for him) could stay over at the woman’s house at night and return to his own home the next morning. Neither of them would be considered the other's family, and they wouldn't form a new and independent family through this union either.

In a “walking marriage,” the male and female call each other “A Xiao” (阿肖). Local custom allowed everyone to have unlimited “A Xiaos.” While this marriage system has undergone major changes today, it is essentially still polygamous. But under such a system, how is the father to identify his “own children”? While this seems like a challenging question, the answer is very simple: fathers do not have to do so under this system.

In a Mosuo family, children belong only to their biological mother and have no financial relationship with their biological father. Since the father does not live with his biological children and is not responsible for raising them, he has no control over the assets of the family in which his biological children live. Thus, it becomes meaningless for fathers to recognize their “own children.” Women, on the other hand, have no problem identifying their own children, since they are the ones who give birth to them. Thus there is no question of the family’s income or assets landing in the hands of outsiders.

Many husbands for better taxes

Now let’s turn to polyandry, which is practiced in contemporary Indian society.

The Jat people in India’s Uttar Pradesh practice a form of polyandry in which brothers share the same wife. There are about 1,500 unmarried males who live with their brothers and share a wife in Uttar Pradesh’s three districts of Meerut, Baghpat and Muzaffarnagar. Such polyandry continues because the property of the Jat people belongs to all male siblings — it is not, and also will not be, divided among individual brothers of the family. As a result, there is no need for any of the brothers or husbands to identify their own children. What matters is that the children come from brothers of the same family.

In fact, in areas under different social environments and property regimes — such as in Tibet or other ethnic minority areas in China — there had been instances of polyandrous marriages in the past as well. Historically, the Monpa people in Northeast India practiced polyandry to pay lower taxes. If three brothers each married their own wives and formed three independent families, they would have to pay three sets of taxes. But a family formed by brothers sharing one wife need only pay one tax as a single family unit. Thus, marriage has become a means of tax evasion.

In terms of making the best choice under economic constraints, society’s asset management system is an important factor governing people’s choice of marriage system. And because this constraint varies in different societies, people are able to choose among different marriage systems, be it monogamy or a form of polygamy.