Editorial: Consumption Stimulus Should Go Above and Beyond 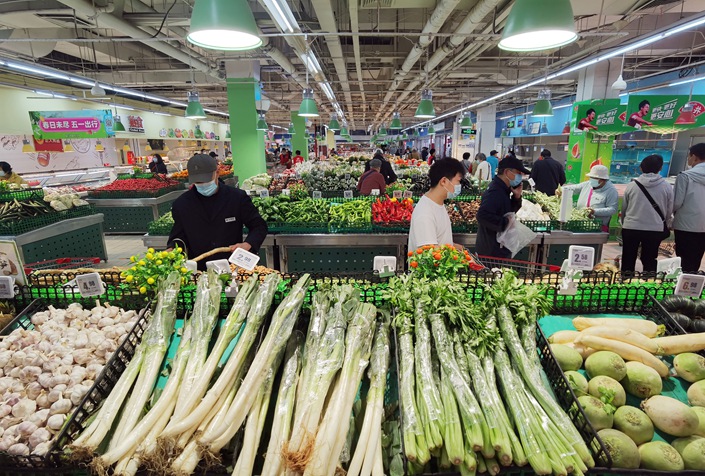 Customers shop at a supermarket in Beijing on Wednesday. Photo: VCG

If there’s one thing China’s policymakers have called for consistently, it’s a boost to consumption. On April 13, an executive meeting of the State Council called for concerted efforts to stabilize consumption and unleash its potential through a combination of short- and long-term measures. In response, the General Office of the State Council issued Opinions on Further Unleashing Consumption Potential and Promoting a Sustainable Recovery of Consumption. Then, at a meeting on April 29, the Political Bureau of the Communist Party of China (CPC) Central Committee emphasized that consumption should be an important driving force of China’s economy. These measures attest to the urgency of the situation.