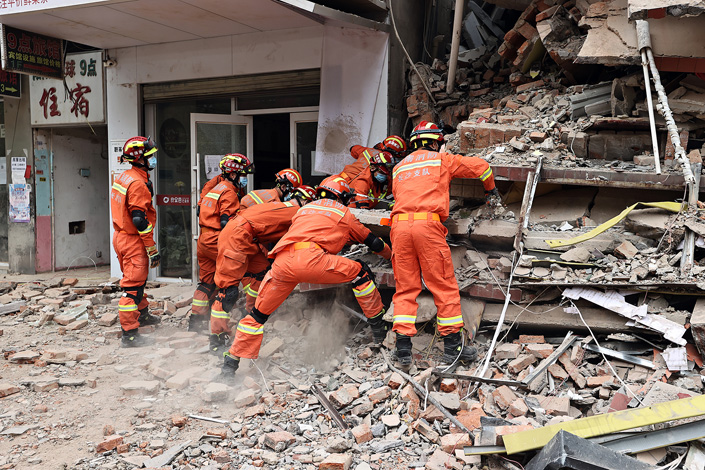 The collapse of a building in Central China that appears to have undergone structural change after it was first built has left at least two people dead and 39 missing, local authorities said.

Of 23 people trapped under the rubble of the building in Changsha, Hunan province, nine had been rescued and sent to hospital as of noon Tuesday, the authorities said.