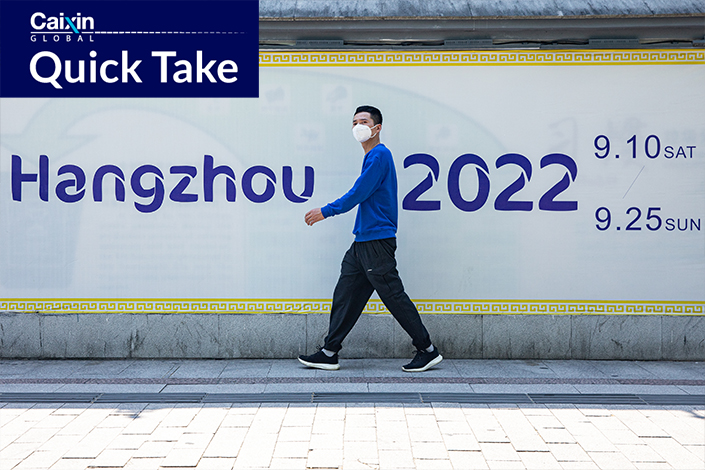 What’s new: The Olympic Council of Asia (OCA) announced Friday that this year’s Asian Games, which were scheduled to take place in September in the eastern Chinese city of Hangzhou, have been postponed due to Covid-19.

The decision was made after “detailed discussions with the Chinese Olympic Committee and the Hangzhou Asian Games Organizing Committee” on “the pandemic situation and the size of the Games,” according to an OCA statement.

Zhejiang province’s capital had been preparing to host around 27,000 people, including 10,000 athletes from Asian and Oceanian countries and regions, from Sept. 10-25.

The new date of the 19th Asian Games, the second largest multi-sport event after the Olympic Games, will be “announced in the near future,” the statement said.

The OCA decided to also cancel the Asian Youth Games, which were due to take place in December in Shantou, South China’s Guangdong province, after being postponed earlier, according to the statement.

“The next Asian Youth Games will therefore be held in 2025 in Tashkent, Uzbekistan,” the organizer said.

The background: The statement came as China battles its worst Covid-19 outbreak since early 2020, driven by the highly contagious omicron variant.

Hangzhou reported one local asymptomatic case Friday. The e-commerce hub beefed up Covid control measures on imported goods in February as part of local authorities’ efforts to ensure the Asian Games go off without a hitch, sources previously told Caixin.