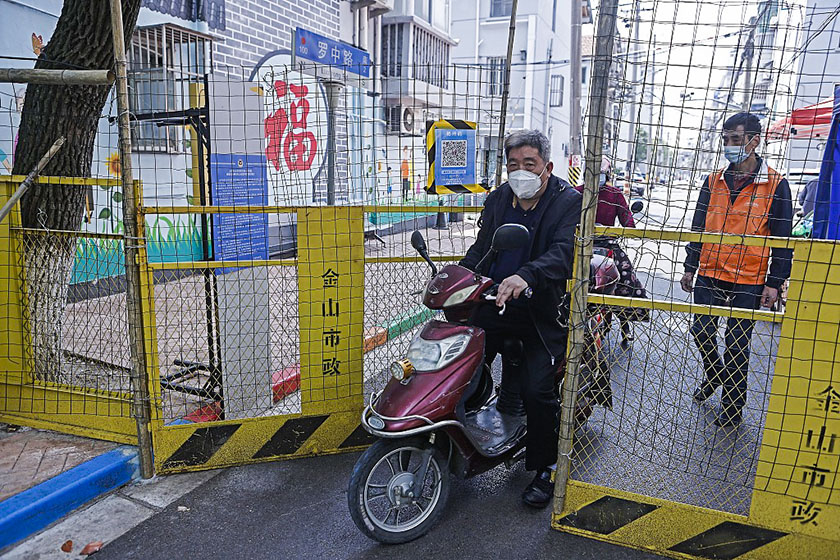 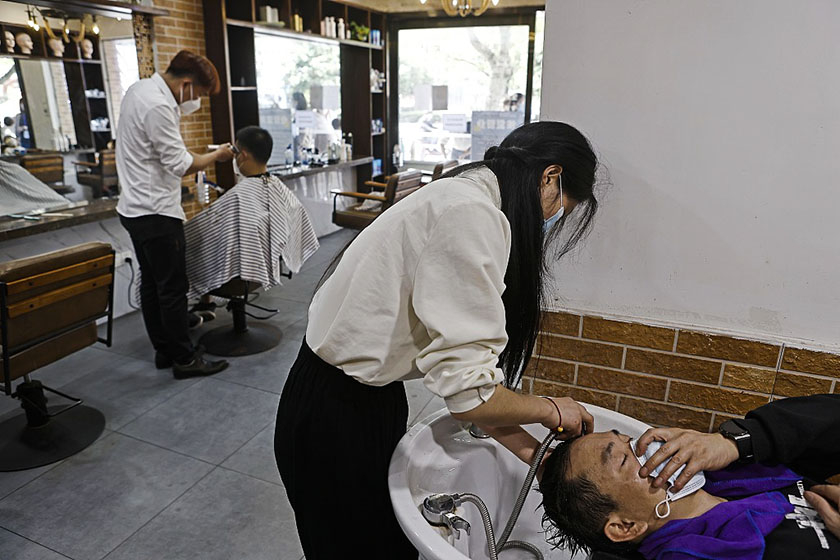 A reopened salon on Monday in Jinshan district. Starting this week, some businesses like restaurants, supermarkets and malls may open to limited numbers. Photo: Yin Liqin/China News Service, VCG 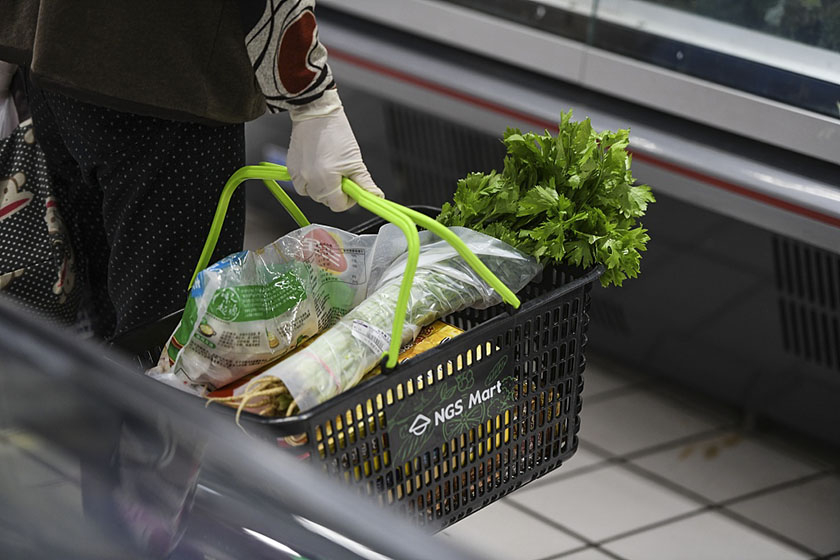 A resident wearing gloves buys groceries in a supermarket in Shanghai on Monday. Photo: VCG 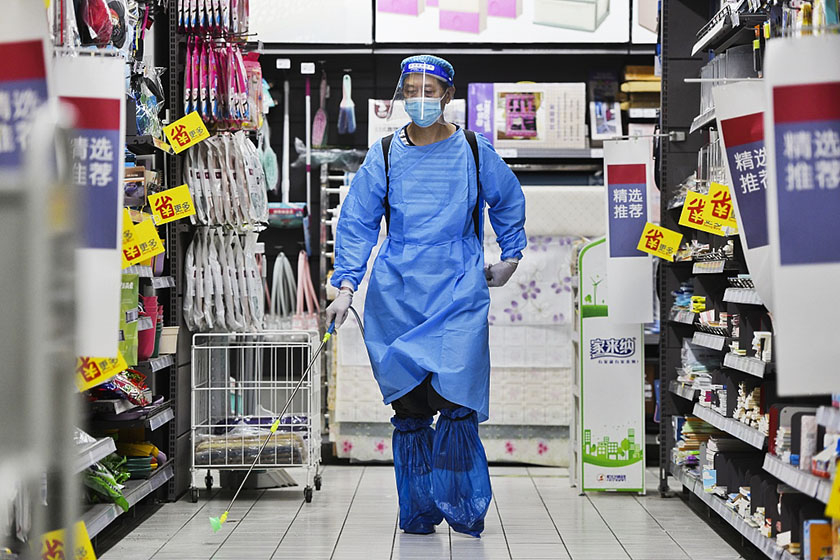 A worker sprays disinfectant in a Carrefour store in Shanghai on Monday, as the city reported one new death and 841 new local cases. Photo: VCG 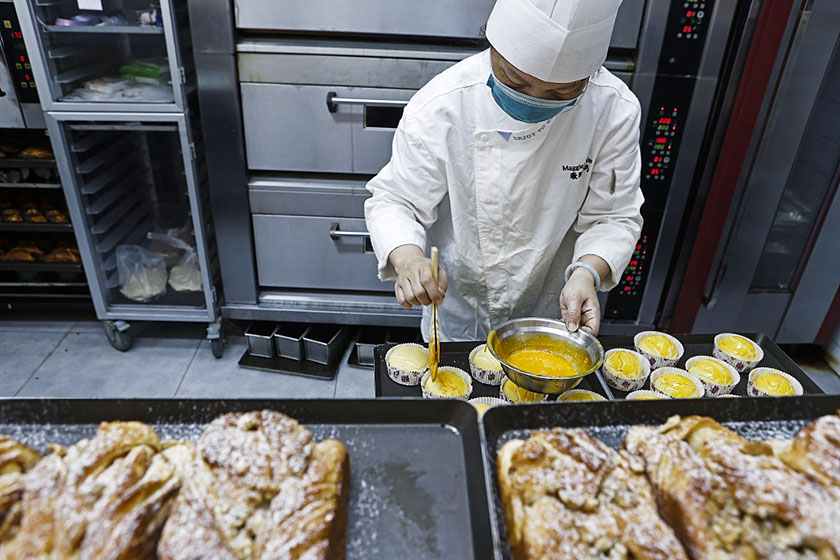 A baker plies her trade on the first day back at a bakery in Jinshan district on Monday. Photo: Yin Liqin/China News Service, VCG 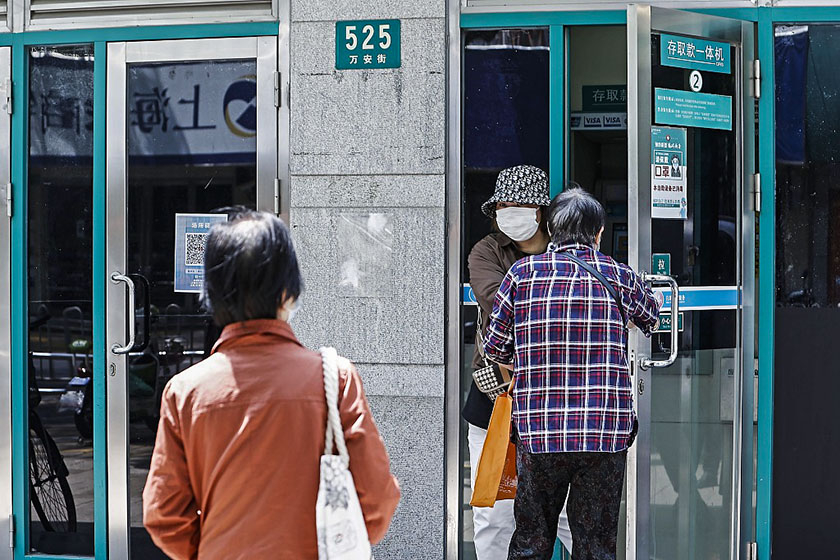 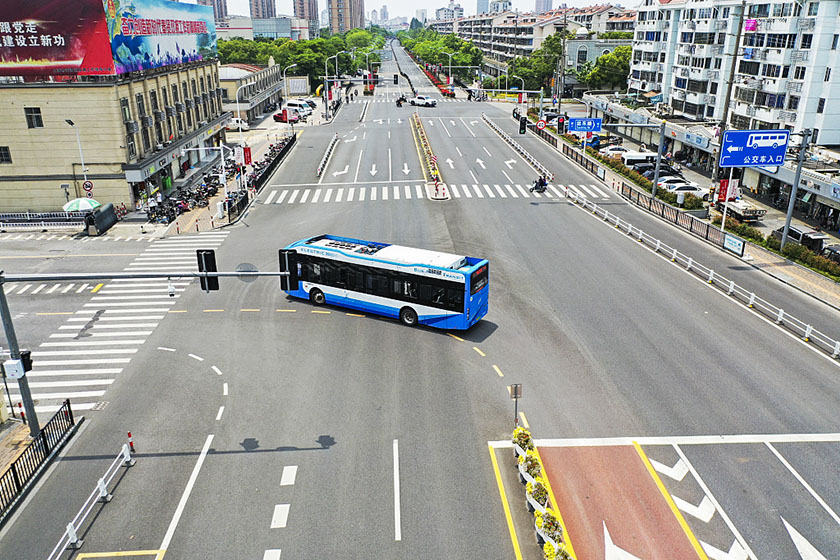 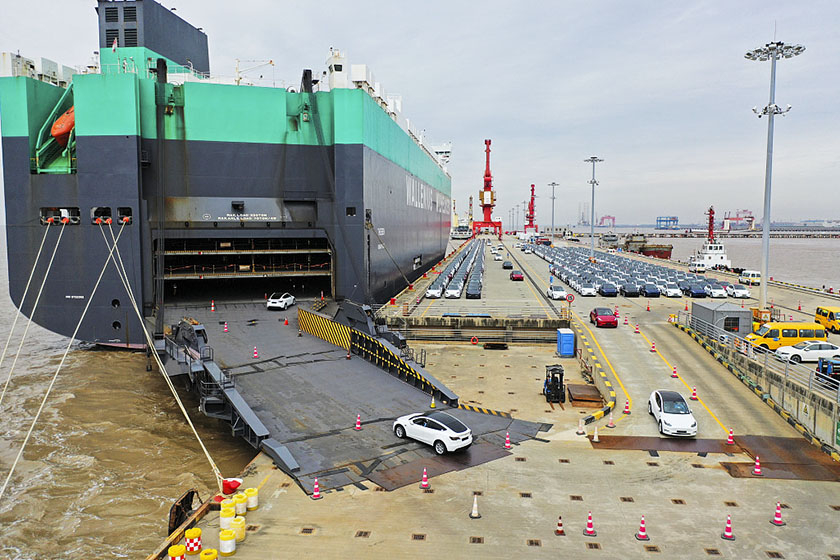 Tesla cars are shipped overseas at a port in Shanghai on Sunday. The electric vehicle company reopened its factory on April 19 in Lingang, where 301 companies resumed operations as of Monday, accounting for 95.6% of the total, according to local officials. Photo: VCG 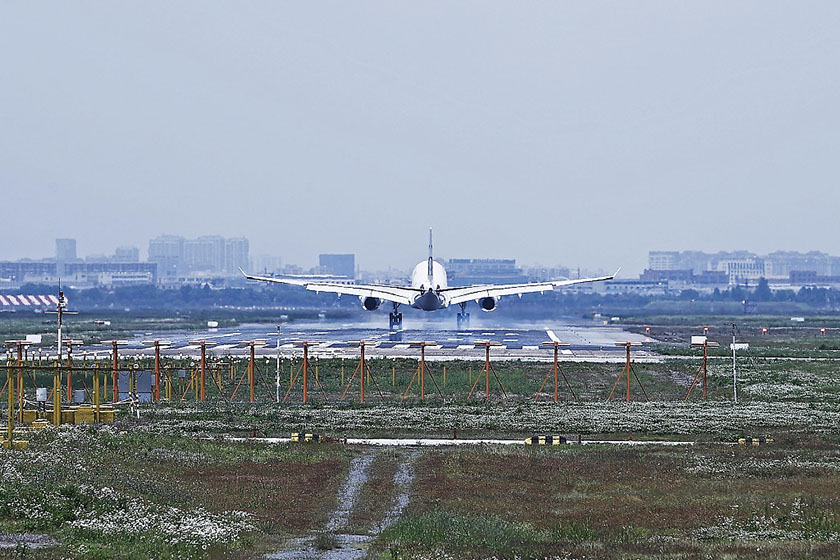 A China Eastern Airlines plane warms up for business at Shanghai Hongqiao International Airport on Monday. Some scheduled domestic flights began to take off from Shanghai that day. Photo: Yin Liqin/VCG