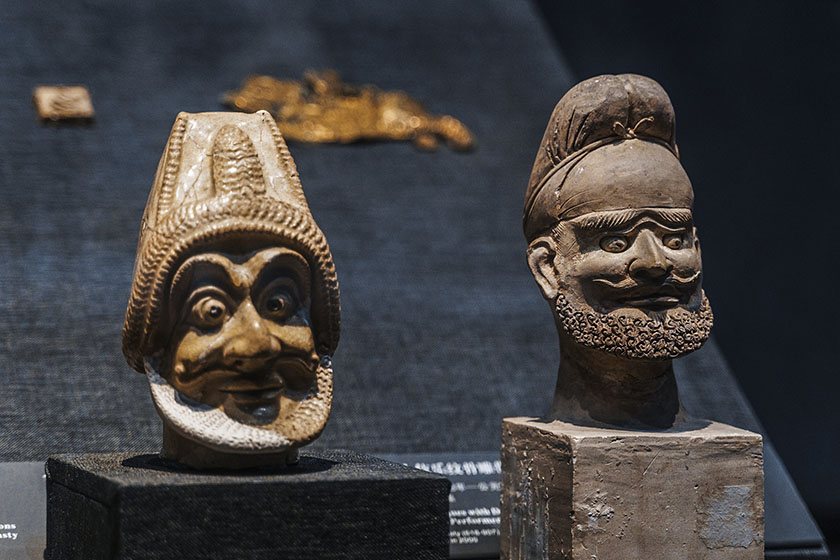 Two Tang dynasty (618-907 A.D.) figures of northern tribesmen unearthed in the Northwest city of Xi’an sit on display at the Shaanxi History Museum in May 2020. Photo: VCG 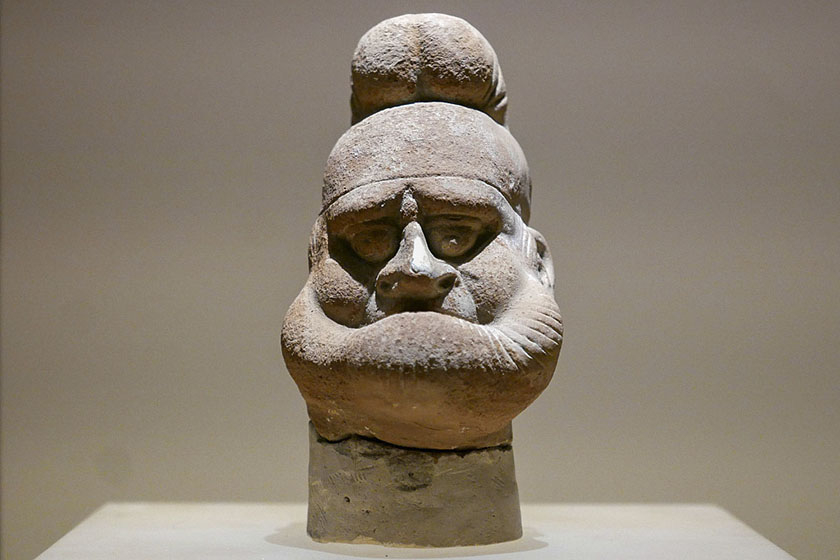 The painted pottery head of a burly man from the Tang dynasty. Photo: VCG 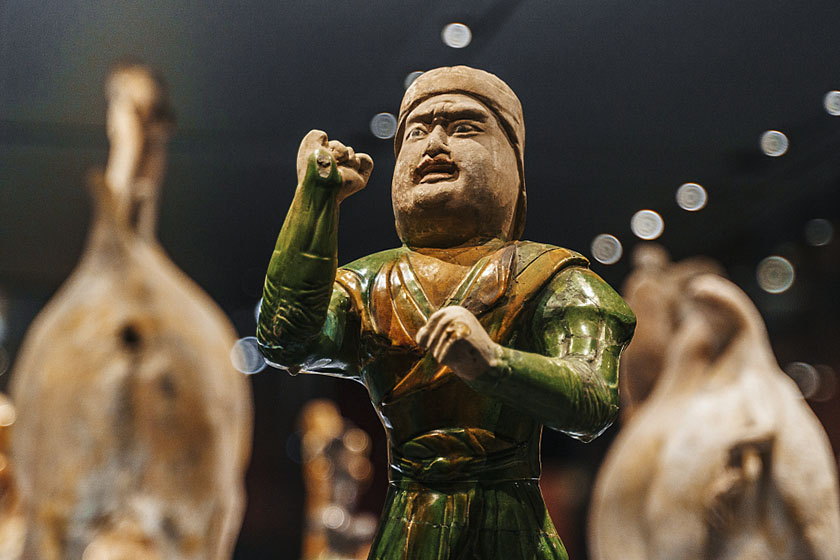 A male figure made from Tang dynasty tricolor glazed pottery is on exhibit at the Shaanxi History Museum in May 2020. Photo: VCG 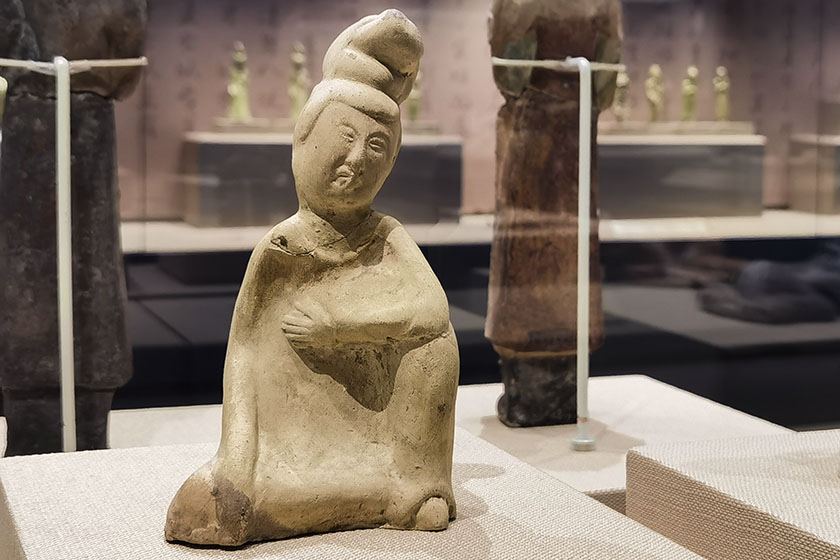 A figurine of a woeful court lady from the Tang dynasty drew attention when it was on display in May 2021 in Taiyuan, North China Shanxi province. Photo: IC Photo 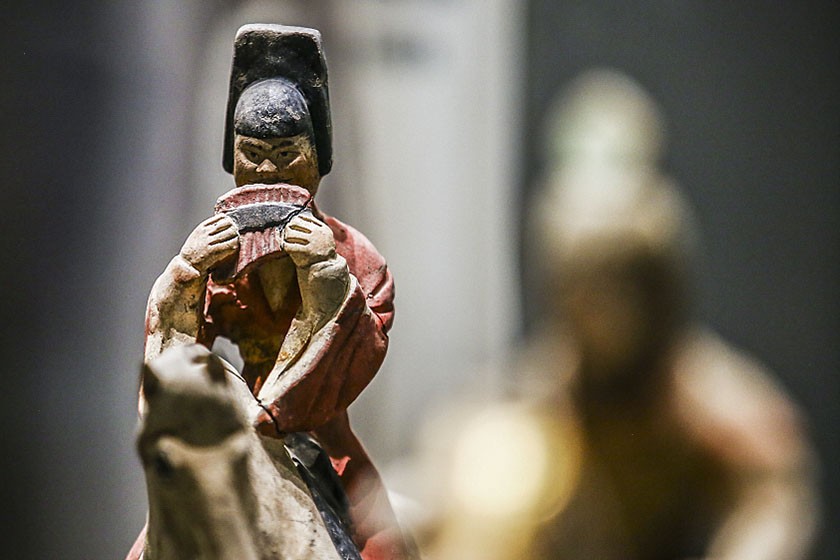 This figure on a horse was unearthed from the Tang dynasty tomb of Prince Yide in 1972. Photo: VCG 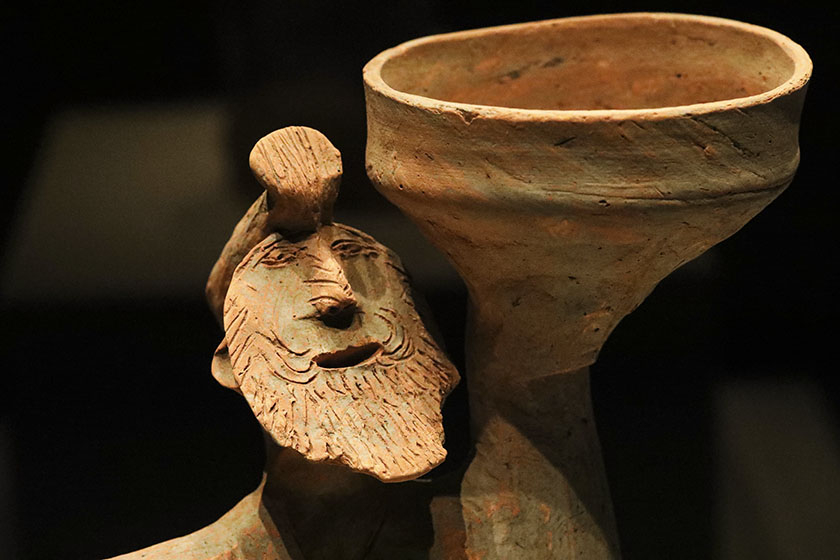 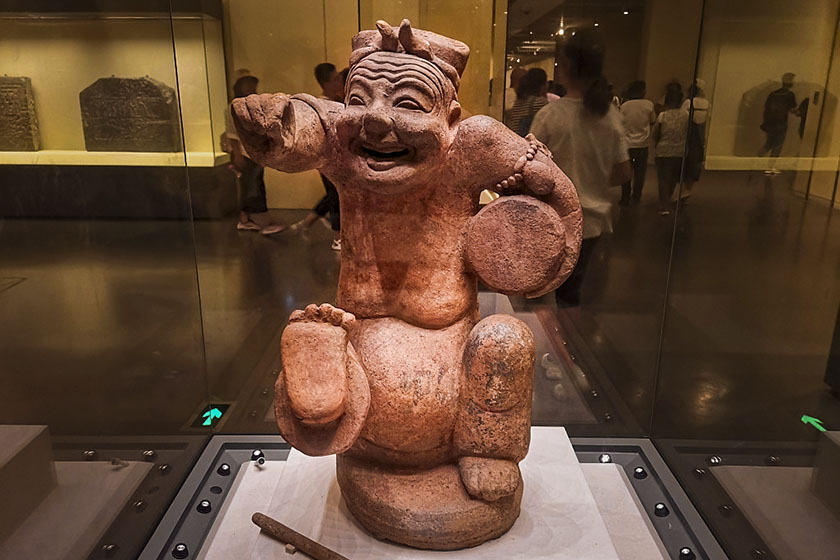 The Pottery Storyteller Beating a Drum from the Eastern Han dynasty (25-220 A.D.) is one of the treasures preserved in the National Museum of China in Beijing. Photo: VCG 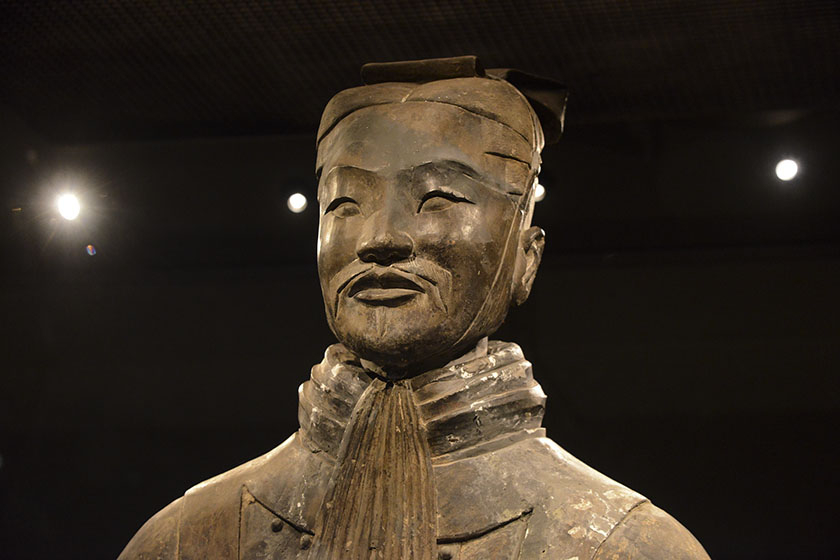 A terracotta soldier figure unearthed in the tomb of Qin Shihuang, founder of the Qin dynasty (221-206 B.C.). Photo: IC Photo 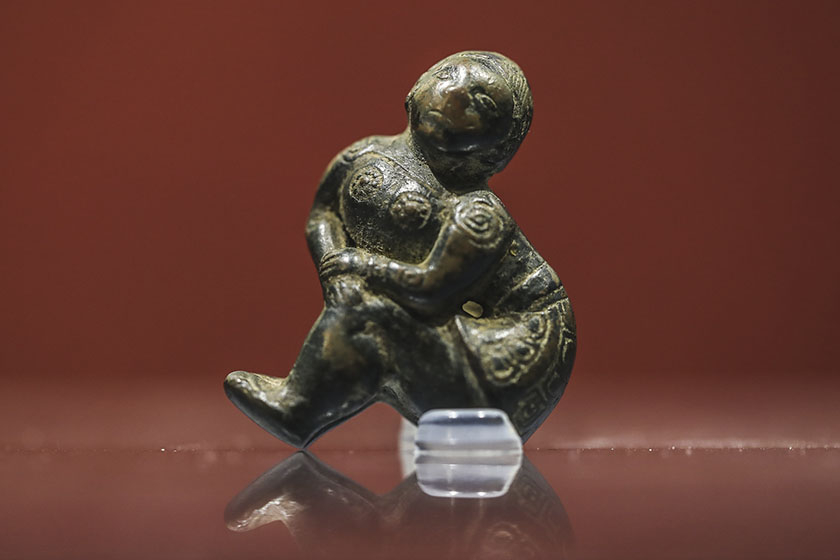 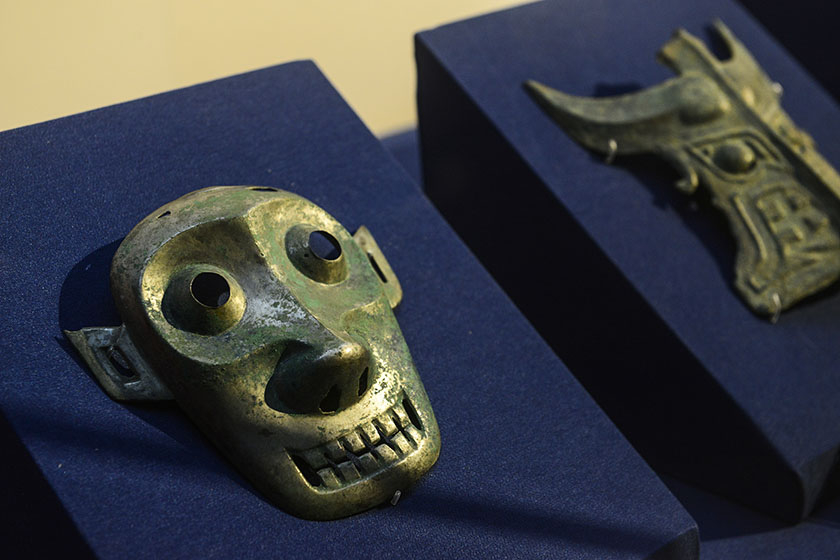 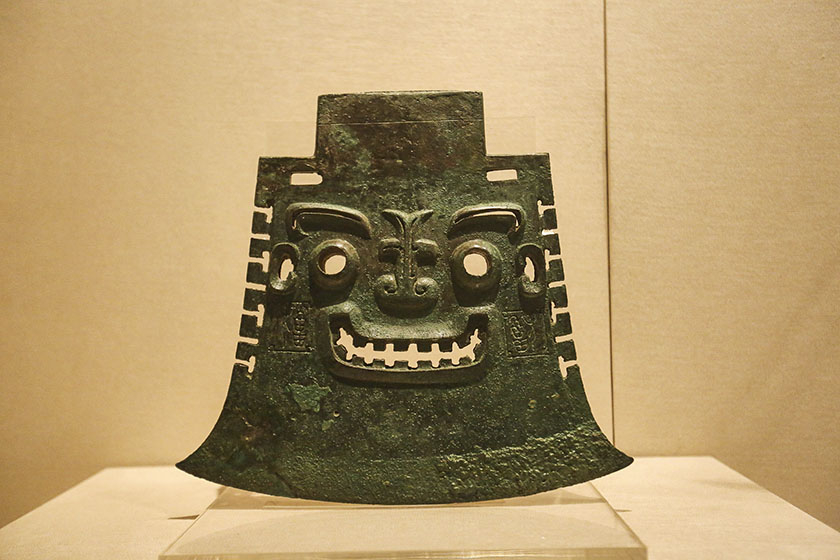 The bronze Yachou Tomahawk from the Shang dynasty was discovered in East China’s Shandong province in 1965 and is now kept at the Shandong Museum. Photo: VCG 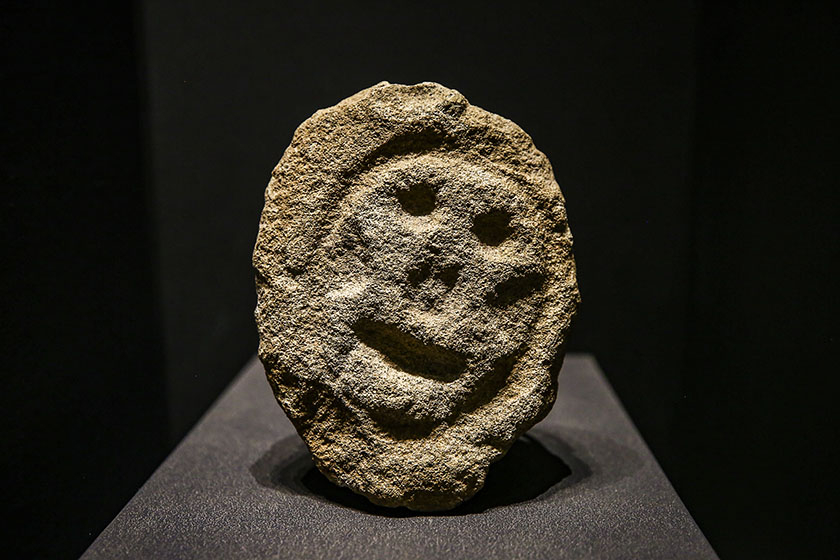 The stone-carved face, believed to be a temple ornament used in the Shang and Zhou dynasties (1,600-256 B.C.), was found in the ruins of the town of Shimao in Shaanxi province. The ruins are the largest known Stone Age settlement in China. Photo: VCG