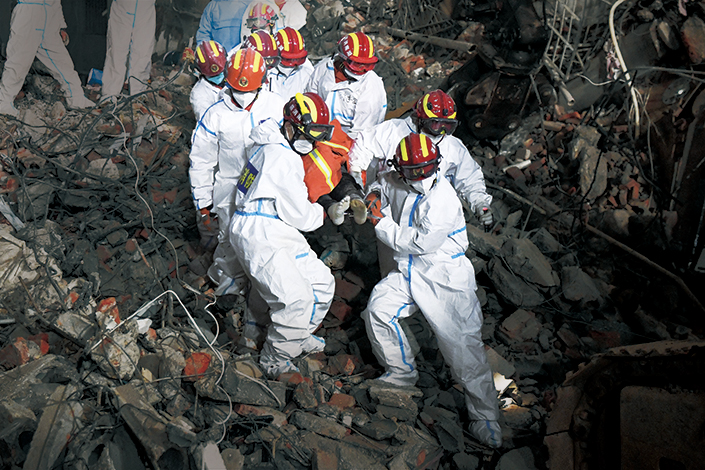 Shortly after noon April 29, Wang Yue, a student leader at Changsha Medical University in Changsha, the capital of central China’s Hunan province, was told to check the whereabouts of other students in her department. She couldn’t reach her friend surnamed Li by phone and later learned that Li went to lunch at a restaurant outside the school.

Wang didn’t see Li in an afternoon class. It turned out that Li was among 54 people killed in the collapse of an eight-story building adjacent to the school that housed several restaurants, including the one where Li had lunch that day.