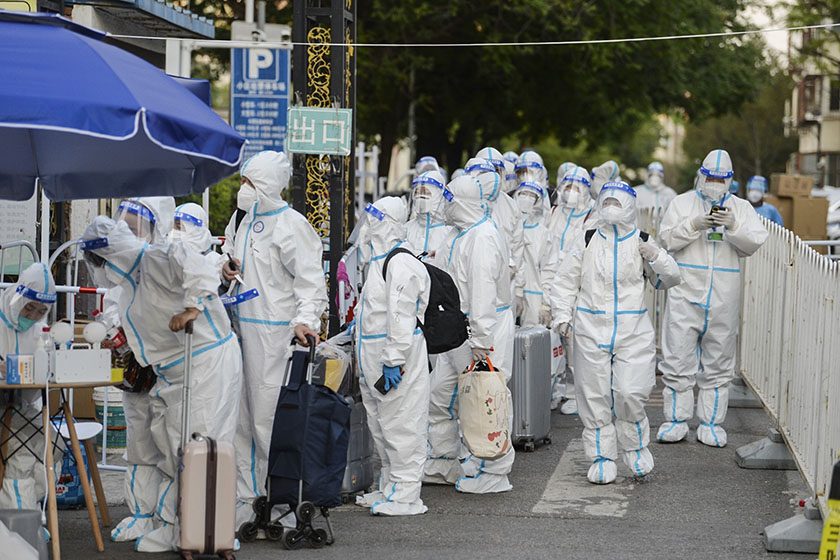 Residents in protective suits await transfer to quarantine hotels Saturday at an entrance of the locked-down Nanxinyuan residential compound in Beijing’s Chaoyang district. The city has extended Covid control measures to contain the current outbreak. Photo: The Paper 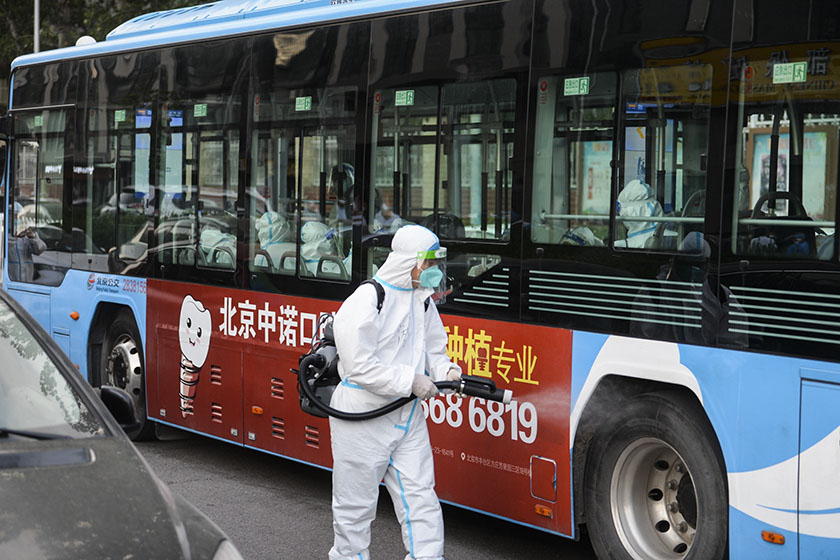 Disease control personnel spray disinfectant on a bus carrying Nanxinyuan residents to quarantine hotels Saturday. Nearly 5,000 of the community’s residents were taken to hotels for a seven-day quarantine. Photo: The Paper 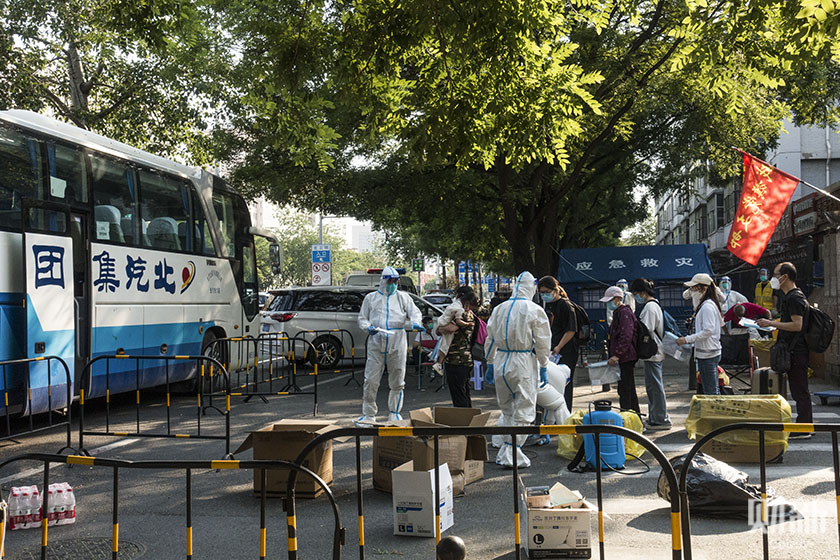 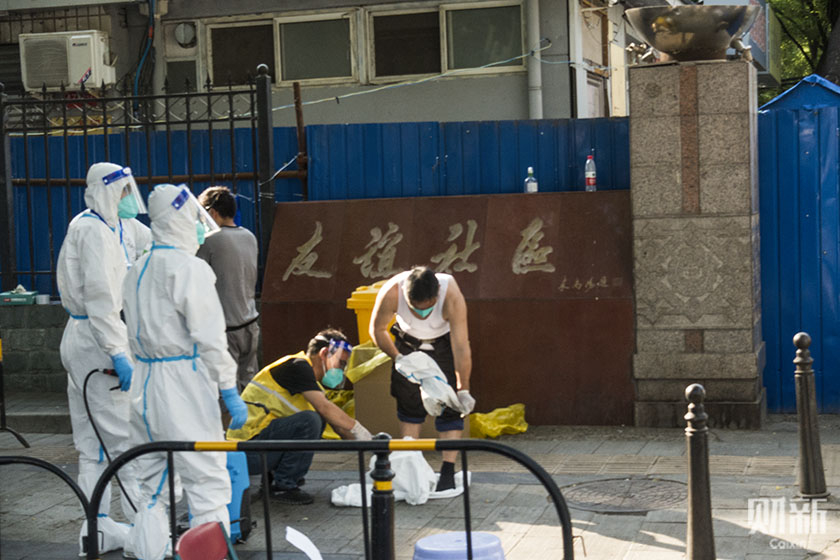 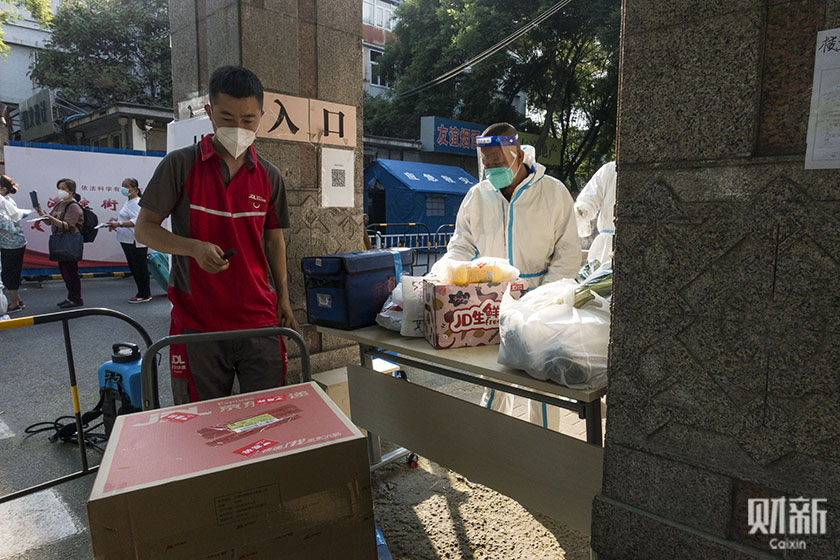 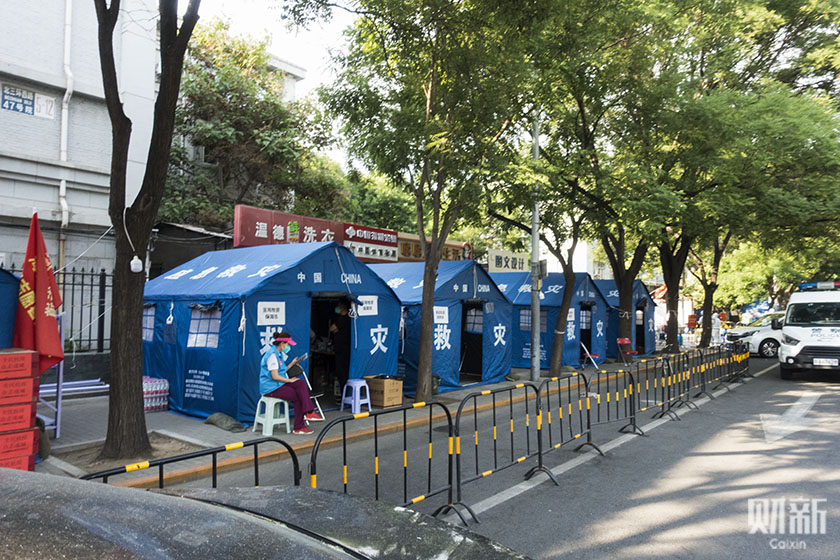 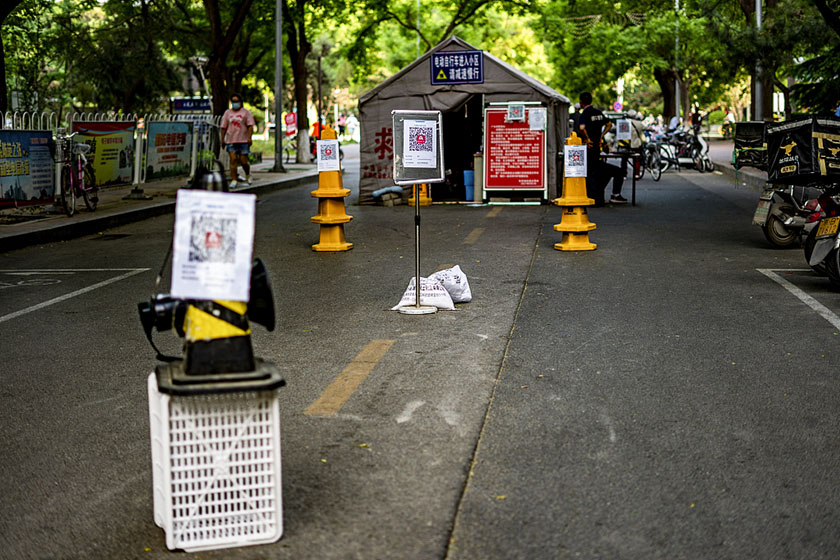 QR health codes are on display Saturday outside a community entrance in Beijing’s Fengtai district, as residents are required to scan the code when they pass through. Photo: VCG 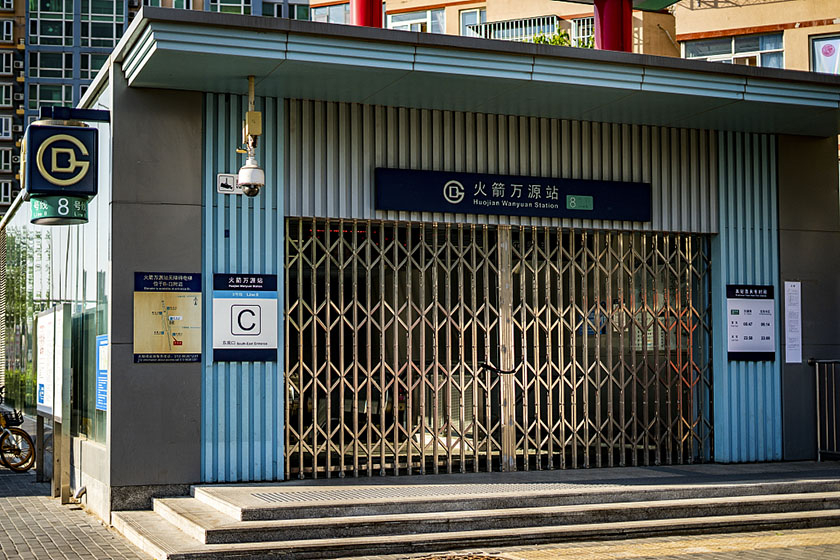 A subway station is closed on Saturday in Fengtai district. Photo: VCG 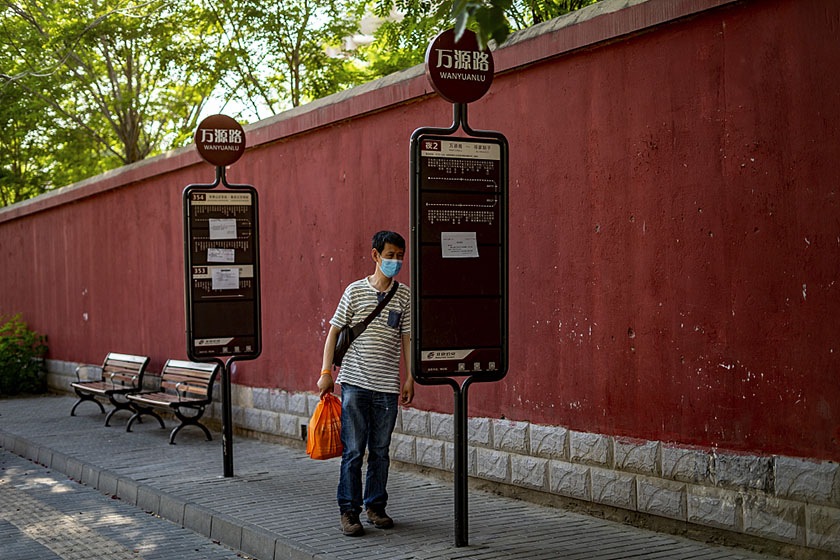 A resident reads a notice at a bus stop in Fengtai district Saturday. Bus and subway routes, except for the ones at Beijing West Railway Station and Beijing South Railway Station, were suspended that day. Photo: VCG 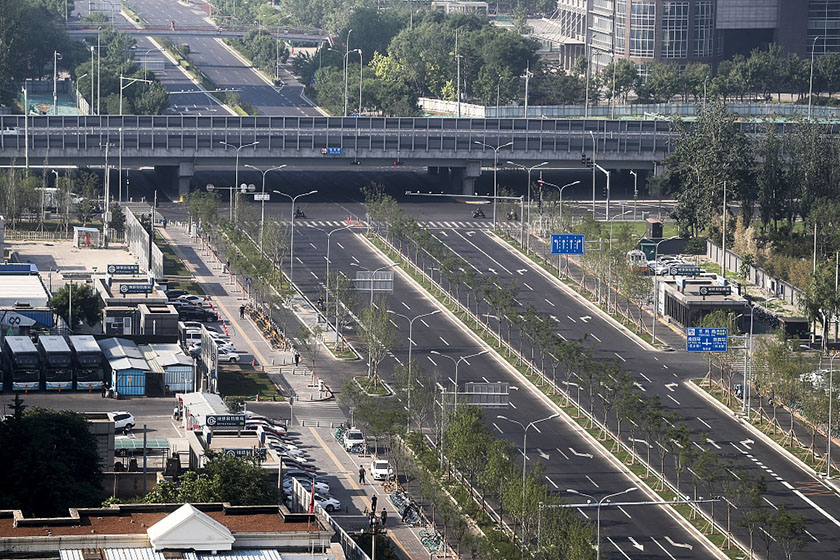