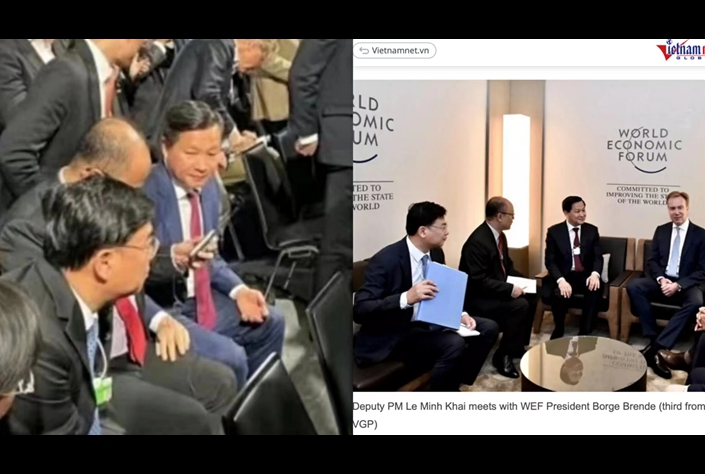 A comparison of the photo presented by McCaul (left) and a public photo of the Vietnamese delegation’s meeting with WEF President Borge Brende.

What’s new: The figures in a photo criticized by a U.S. Congressman for not standing up during an ovation for the Ukrainian president’s speech at the World Economic Forum (WEF) were not Chinese, but Vietnamese, Caixin has learned.

In a livestreamed interview with CNN, Congressman Michael McCaul referred to the photo to accuse the Chinese delegation of walking out of the room while others applauded Ukrainian President Volodymyr Zelenskyy’s virtual speech at the opening of the WEF annual meeting late Monday morning in Davos, Switzerland.