All Shanghai Businesses Get Green Light to Reopen This Week 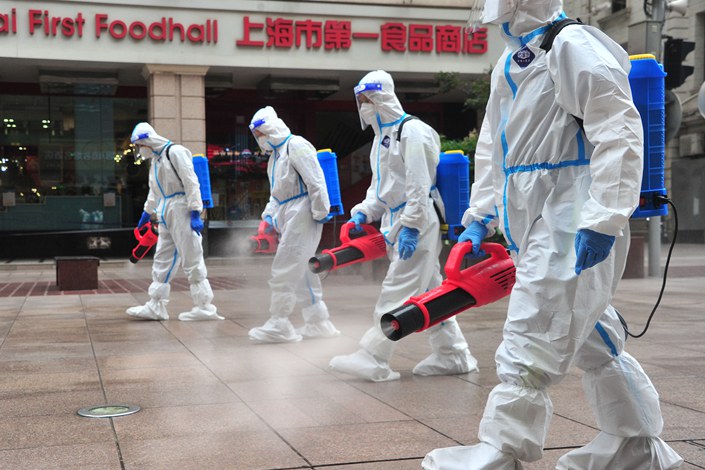 On May 28, cleaning staff spray a Shanghai street. Photo: VCG

Shanghai announced Saturday that it will allow businesses in all sectors to resume operation starting on June 1 and released a package of supportive policies to reboot local economy as the city’s worst-ever Covid-19 outbreak has been largely contained after two months of strict lockdown.

However, as of Monday, the local government has not yet fully lifted restrictions to allow people to freely commute between their communities and workplaces, and public transport services have also not been completely resumed.

The financial hub also aims to reboot its local economy, which was devastated during the lockdown, with a package of 50 measures including tax relief, rent reduction and exemption, as well as support for exporters and foreign investors.

But residents across the megacity of 25 million are not yet been allowed to move freely. According to a notice posted on social media, residents in the Pudong New Area town of Gaoqiao could only move around within the premises of the township on Monday and Tuesday. In a community in the central district of Jingan, residents must show proof of a negative nucleic acid test result before going out.

In mid-May, Shanghai announced its three-phase plan for businesses to fully reopen and life to return to “normal” by the end of June after all the city’s 15 districts have achieved the goal of no community spread — meaning no new cases were found among residents who weren’t already in quarantine — for the past three days.