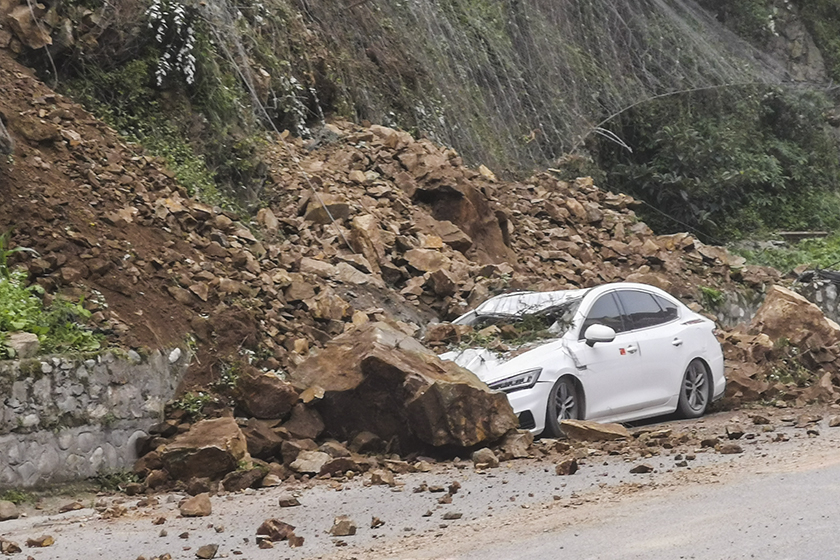 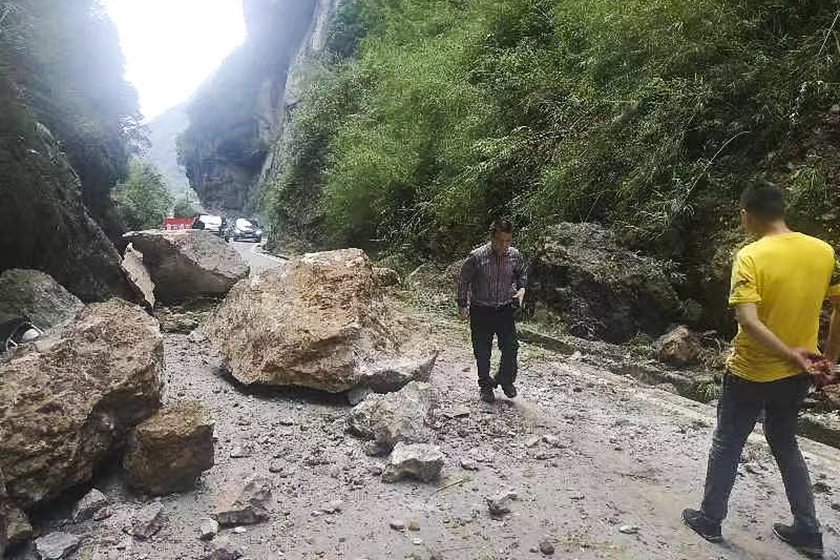 Boulders blocked a road in Yaan’s Lushan county after the quake. The first quake, measuring 6.1 on the Richter scale, occurred at 5 p.m. at a depth of 17 kilometers in Lushan. Three minutes later, a second, 4.5-magnitude quake hit nearby Baoxing county at a depth of 18 kilometers. Photo: VCG 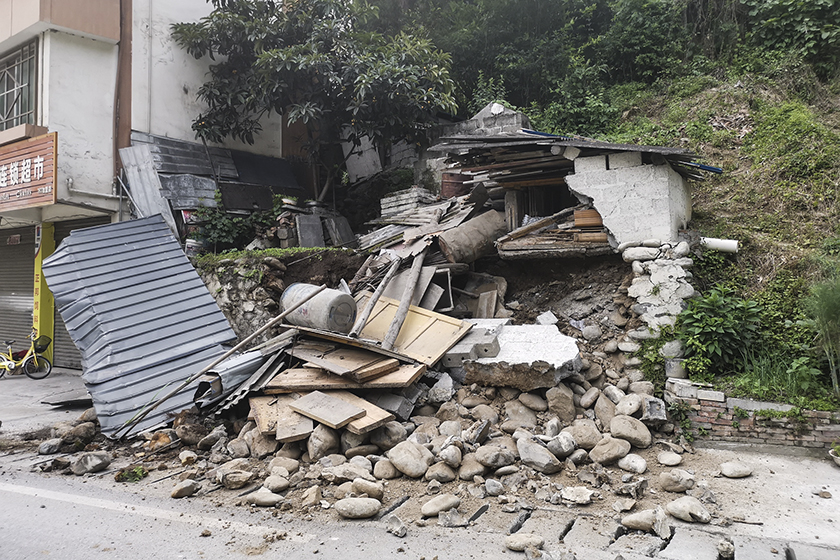 As of 10 a.m. Thursday, the earthquake had damaged over 4,500 homes, according to a China National Radio report. Photo: VCG 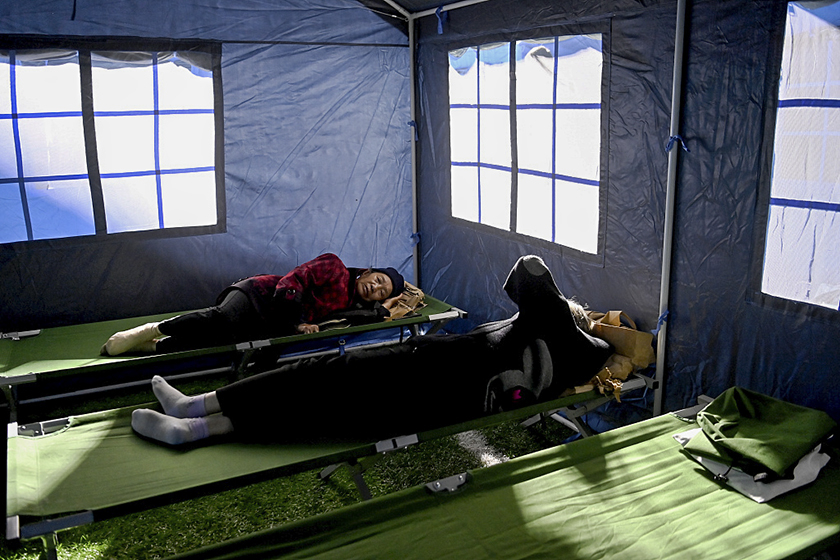 Relocated people sleep in a temporary shelter that was set up in a middle school in Taiping town of Lushan county at 10 p.m. Wednesday. Photo: An Yuan, China News Service/VCG 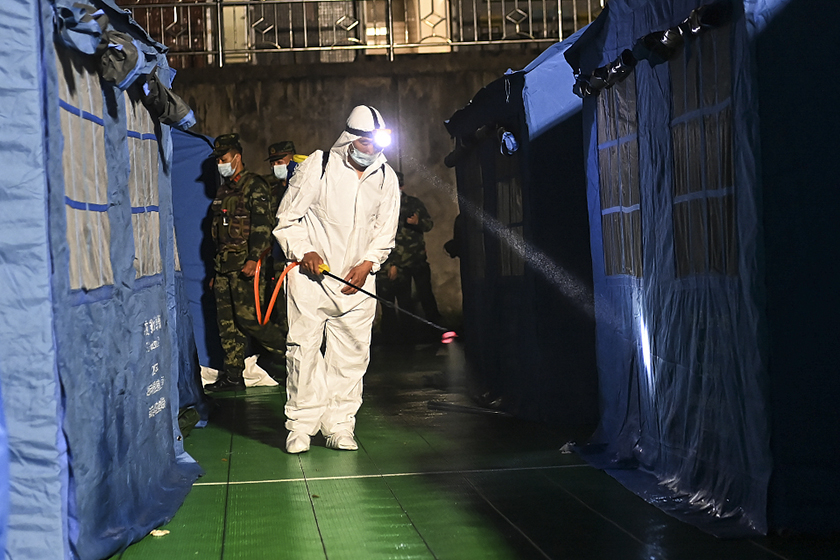 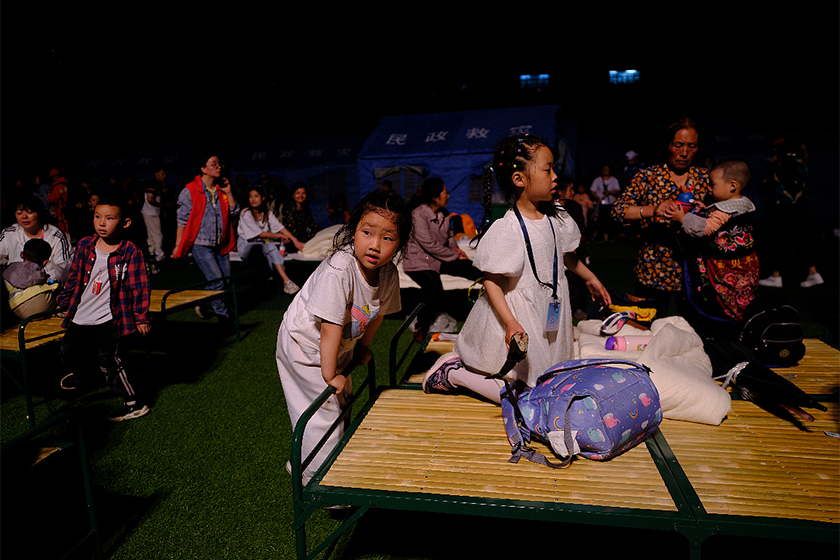 Affected residents from Baoxing county get relocated to a temporary shelter at a middle school Wednesday. Photo: VCG 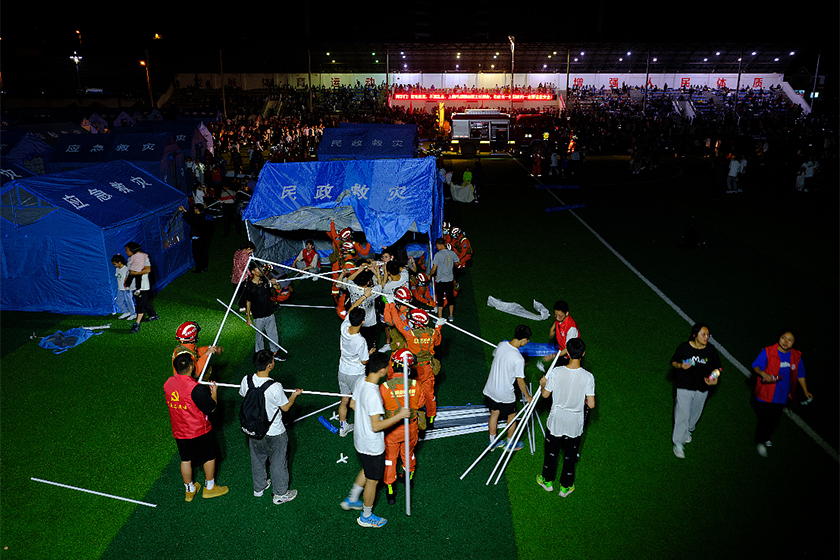 Rescuers set up tents for affected residents at the shelter in Baoxing county. Photo: VCG 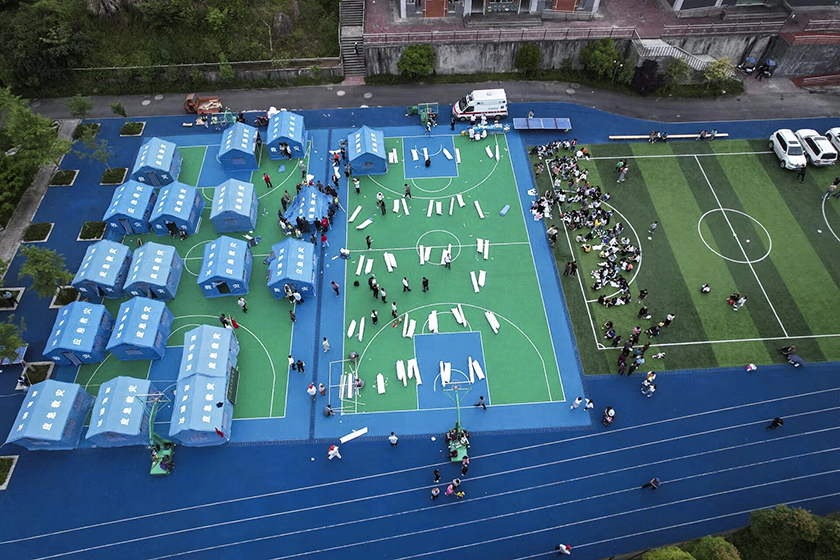