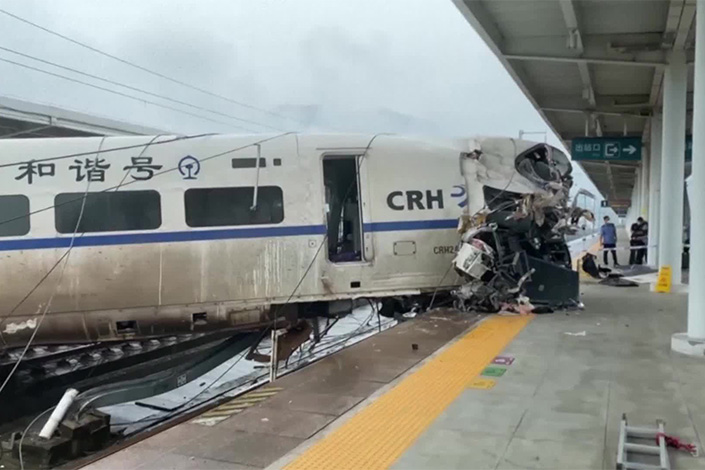 A passenger train traveling from Southwest China’s mountainous Guizhou province to the southern metropolis of Guangzhou derailed on Saturday, leaving one dead and eight injured, according to the train operator.

The accident occurred at around 10:30 a.m. near Rongjiang Railway Station, when train D2809 hit a mudslide, causing the seventh and eighth cars to derail, said state-owned China Railway Chengdu Group Co. Ltd., which operated the train.