By Ding Yi and Qin Min 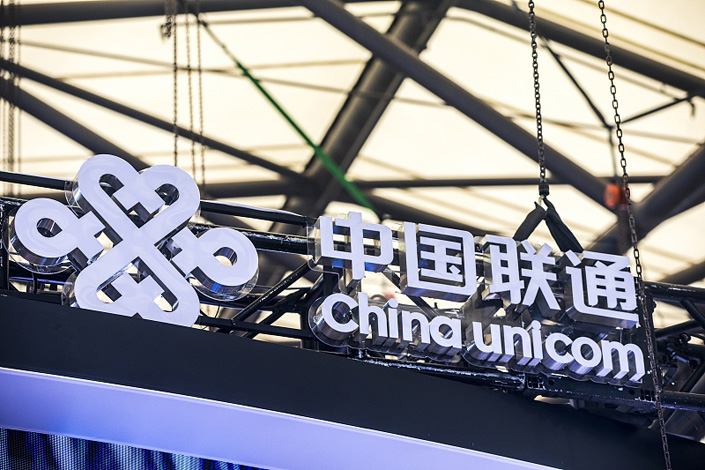 A China Unicom booth at an industry expo in Shanghai in July. Photo: VCG

China Unicom will have to redo tendering for the construction of a third-party payment platform database that it hopes will help it comply with China’s shifting data regime, after it failed to attract enough viable bids.

The company, one of China’s “Big Three” state-owned telecoms operators, failed to attract bids from a sufficient number of eligible local firms for the construction of the database, after capping bids at a relatively meager 1 million yuan ($150,000), according to an announcement last week.

According to Chinese law, a company must stop and relaunch its open tender if there are fewer than three bidders.

Unicompay is a relatively small player in a market dominated by the e-wallets of Tencent and Alibaba. Established in 2011, its “WO Wallet”client is licensed by the People's Bank of China.

China Unicom started the tender in April, saying that the planned database for its Unicompay unit’s Wo Wallet payment platform should be compatible both with a foreign-made open-source database management system, MySQL, and domestically designed solutions.

Chinese government agencies and state-owned firms have for years been attempting to reduce their dependence on foreign-made information technology systems. This drive has deepened as geopolitical tensions have continued to rise, especially with the U.S., and the importance of China’s data industry has grown.

Currently, China Unicom’s online payment databases are based on MySQL and commercial systems made by U.S.-based Oracle Corp., but Caixin understands the tender is part of plans to transfer their data to ones using domestically developed systems.

When interviewed by Caixin, a Beijing-based industry insider said that the 1 million yuan cap was “too low” to cover the costs of database deployment and maintenance services. There are undoubtedly more than three suppliers that can meet the requirements, including Alibaba and Huawei, they said.

A source familiar with the matter told Caixin that a handful of database developers did bid for the project, but they did not meet selection criteria. The person declined to name the firms.

The value of China’s database market is projected to reach 68.8 billion yuan by 2025 at an expected compound annual growth rate of 23.45%, according to the China Academy of Information and Communications Technology, a government-backed think tank.