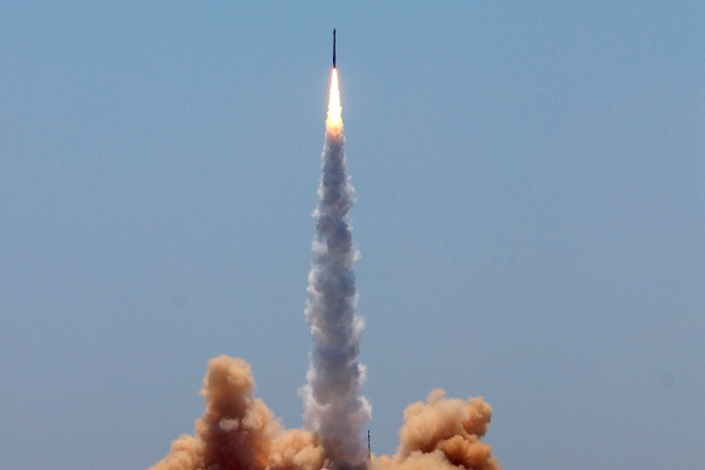 Nine of the Geely subsidiary’s satellites began circling the planet last week after being placed in orbit by a Chinese government rocket. Photo: Bloomberg

(Bloomberg) — A company controlled by one of China’s top carmakers just put its first satellites into space. But Geespace, a unit of China’s Geely automotive empire, says its ambitions are more modest than Elon Musk’s plans for Space Exploration Technologies Corp.

Nine of the Zhejiang Geely Holding Group Co. subsidiary’s satellites began circling the planet last week after being placed in orbit by a Chinese government rocket. That makes it one of the first Chinese companies to begin assembling the sort of satellite constellations pioneered by Musk’s SpaceX, which already has more than 2,000 in orbit.