By He Shujing, Huang Rong and Denise Jia 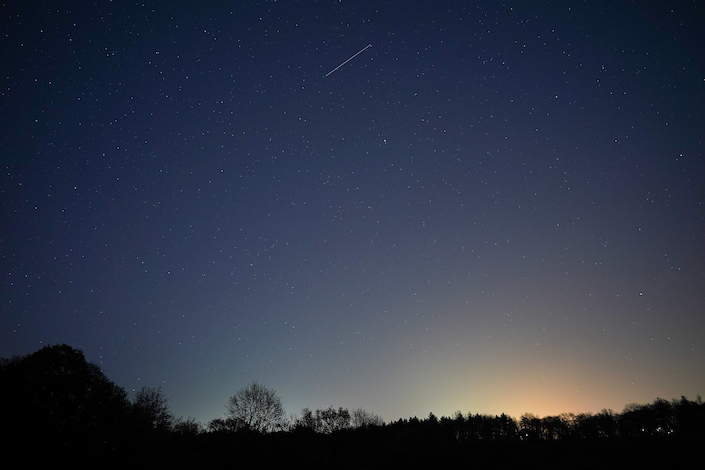 Xiong’an New Area, a new development zone 100 kilometers south of Beijing in Hebei province, became the home of a newly established state-owned satellite company as China ramps up efforts to build its own satellite internet to compete with Elon Musk’s Starlink and Amazon’s similar project.

Chinese Vice Premier Han Zheng attended the opening ceremony Wednesday of China Satellite Network Group Co. Ltd. at its headquarters in Xiong’an. The company is the first state-owned enterprise controlled by the central government to be headquartered in Xiong’an. Details of the company’s ownership, registered capital and management team have yet to be disclosed.

China Satellite Network will be responsible for the overall planning and operation of satellite internet construction as part of a new infrastructure plan published by the National Development and Reform Commission in April 2020. The recently approved 14th Five-year Plan for 2021-26 calls for an integrated network of communications, Earth observation and navigation satellites.

A number of state-owned enterprises previously launched their own satellite internet studies, including China Aerospace Science and Technology Corp. and China Aerospace Science and Industry Corp. With the establishment of China Satellite Network, the country aims to concentrate resources to push for rapid progress and avoid the waste of resources.

Satellite internet works by using radio waves to communicate with satellites. Such a system can provide internet services for remote areas with no land-based cable or fiber internet options as well as long-distance communications where current data transmitting options could be slow and expensive.

“China has been slow in satellite internet,” a researcher in the field told Caixin. “Others have started to run, so we can’t wait. After all, orbit and spectrum resources are limited.”

Musk’s SpaceX has launched more than 1,300 Starlink satellites. A fully operational satellite internet system will require a total of 12,000 satellites. SpaceX is manufacturing 120 satellites a month and launching them about twice a month using its Falcon 9 rocket fleet.

In September 2020, China filed a spectrum application with the United Nations’ International Telecommunication Union (ITU) for two low Earth orbit constellations totaling 12,992 satellites. In October 2019, SpaceX filed paperwork for as many as 30,000 Starlink satellites in addition to the originally planned 12,000.

No matter whether it’s Starlink or China Satellite Network, an application to the ITU is mainly for “standing in the queue,” and the actual number of launches may differ from the number applied for, satellite internet industry participants said.

The bigger challenge for China to develop satellite internet comes from market demand and institutional factors, industry insiders said. Compared with many countries, China has better basic broadband network coverage, and the demand for satellite communication is not strong, a person at a telecom operator told Caixin.

“Musk’s Starlink is commercially oriented,” the person said. “It’s not easy to catch up with only state power.”

The next-generation wireless communication standard, 6G, is likely to integrate satellite networks on top of 5G, many industry experts projected. China, already a leader in rolling out 5G, is also getting ready for future competition in 6G by stepping up efforts in satellite internet, experts said.