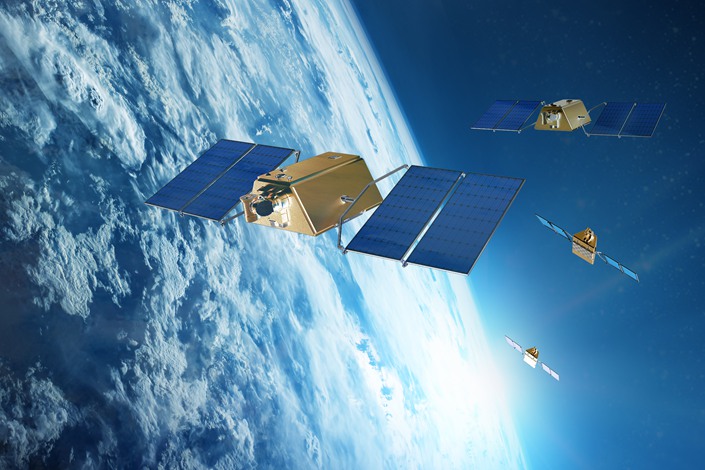 One of China’s leading satellite developers, Commsat, has raised hundreds of millions of yuan from government-backed China Internet Investment Fund in its latest funding round. Photo: Commsat's website

One of China’s leading commercial satellite developers has completed its seventh funding round — with a big injection from a state-backed fund. The investment illustrates the Chinese government’s growing interest in the area after satellite internet made it onto Beijing’s list of “new infrastructure” industries deemed to be future drivers of economic growth.

Beijing Commsat Technology Development Co. Ltd. raised hundreds of millions of yuan from China Internet Investment Fund Management Co. Ltd. (CIIF), the satellite company announced Wednesday. It did not disclose the exact size of the investment or its new valuation.

In its first six funding rounds, Commsat raised some 500 million yuan ($77.3 million) in total from investors including state-owned AVIC Capital Co. Ltd. and a fund under Citic Securities Co. Ltd. Commsat, founded in 2015, said it will use the new money to accelerate its development of satellites and ground stations, as well as for recruitment.

The investment is CIIF’s first in a private company in the space industry. The fund was established in 2016 by the Cyberspace Administration of China and the Ministry of Finance with an initial 30 billion yuan at its disposal to invest in a range of fields, including internet infrastructure, cybersecurity, artificial intelligence, big data and cloud computing.

“The development of satellite internet … will provide huge market opportunities for private participants,” CIIF said in a statement Thursday. “We hope to help improve (Commsat’s) scientific research capabilities and competitiveness in the global market by providing funds and resources.”

In April 2020, the government included satellite internet in its plan for “new infrastructure,” a category that also includes 5G wireless technology and the Internet of Things.

Caixin has learned that Commsat and one of its domestic rivals, Galaxy Space Communication Technology Co. Ltd., have joined state-owned enterprises (SOEs) including China Aerospace Science & Industry Corp. Ltd. in setting up a company expected to be a satellite internet operator.

People familiar with the SOE-led company, which hasn’t been officially established, said the first batch of suppliers will be mainly SOEs, but private companies would later be introduced to compete with them, in the hope of bringing down costs.

Since its founding in 2015, Commsat has sent eight satellites into orbit as part of its broader plan to build a constellation to improve mobile communication services, according to the company’s website. It has been pouring resources into developing satellite internet technology, which can provide high-speed internet service to remote areas, CEO Xie Tao said.

In September, Commsat started construction of a satellite research and manufacturing base in Tangshan, North China's Hebei province. The base is designed to make up to 100 satellites annually and is expected to come online this year. That same month, Galaxy Space also announced that it will build a research base in Nantong, East China’s Jiangsu province, with a capacity to build 300 to 500 satellites a year. It did not give a timeline for when operations would begin.

Ding Yi contributed to the story.