Ling Huawei: Missions of International Organizations and Roles of China 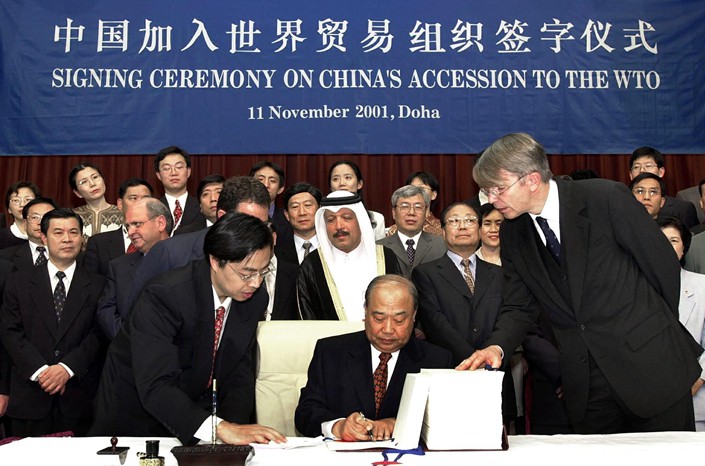 Increasing numbers of Chinese nationals have taken up major positions in international organizations. Senior roles include those in the fields of politics, economics, finance, law, culture and technology.

When Zhang Tao, former International Monetary Fund (IMF) managing director, was appointed Asia-Pacific head for the Bank for International Settlements (BIS), he became the first Chinese member of the bank’s senior management team in its 92-year history. In August 2021, the IMF named Li Bo, former governor of the People’s Bank of China (PBOC), as its deputy managing director.

Originally designed to maintain peace, stabilize finance and relieve poverty, these systems may be imperfect but do represent a milestone in replacing the law of the jungle with effective global collaboration and coordination. In the era of growth dominated by globalization, humanity underwent its longest era of relative peace, with the lowest number of deaths, despite sporadic wars.

Over the past three decades, China, the world’s most populous nation, has made outstanding achievements in poverty alleviation and the establishment of a society moderately prosperous in all respects, thanks to its persistence in reform and opening up, and participation in the redistribution of labor during globalization and in the existing international order.

In recent years, the tide of globalization has been ebbing, giving rise to much dispute and global introspection. But the Chinese government has reiterated the nation’s adherence to the existing international order underpinned by the UN Charter, and participated in international organizations, playing a role commensurate with the nation’s strength. Its leadership has proposed the concept of a “community with a shared future for mankind.” These actions reveal China’s steadfast support of globalization and the related international order, and aspiration to continue playing its part.

What expectations should China have for international organizations? At present, the views of Chinese people from various backgrounds seem inconsistent and include long-term misunderstandings.

The traditional view of international organizations is as a second front for diplomatic rivalry. However, most IGOs with specific missions seek international cooperation rather than boosting diplomatic contention. In the long term, the mere payment of lip service cannot be effective.

Another view is that people working for international organizations should prioritize seeking benefits for China, via means such as obtaining more World Bank loans, arranging favorable staffing, promoting favorable IMF quota reform, or promoting internationalization of the RMB. However, this narrow, biased view is likely to give rise to conflicts of interest that must be avoided, and clashes with the principles of modern governance.

There is also an unspoken view that we finally have “people on our own side” now in international organizations, through whom we can seek special treatment. This corrupt custom should be abandoned.

This cognitive divide has existed for years, and although it has narrowed recently, it still remains. How choices get made in reality often depends on an individual official’s professionalism and integrity. China has begun to make achievements in governance of international public affairs. Chinese officials working in international organizations nowadays are better in terms of quality, character and implementation than they were 10 or 20 years ago, which will possibly improve China’s capabilities and create opportunities for its active participation in and improvement of the existing international order.

For example, in addition to previous suggestions on SDRs, in an exclusive interview with Caixin earlier this year, Zhou Xiaochuan, former governor of the PBOC, proposed levying a digital tax on multinational tycoons. Designed as a global tax, this could fund international organizations and benefit related fields — an innovative and constructive proposal. Only when consensus is reached at home can Chinese officials in international organizations be supported to focus on making a difference in their areas of expertise. As a professional with a long period of work experience in international organizations who has pondered these questions, it seems to me that great potential exists for us to gradually develop ways to seek the national interest while still realizing these organizations’ missions.