By Cui Xiaotian and Wang Xintong 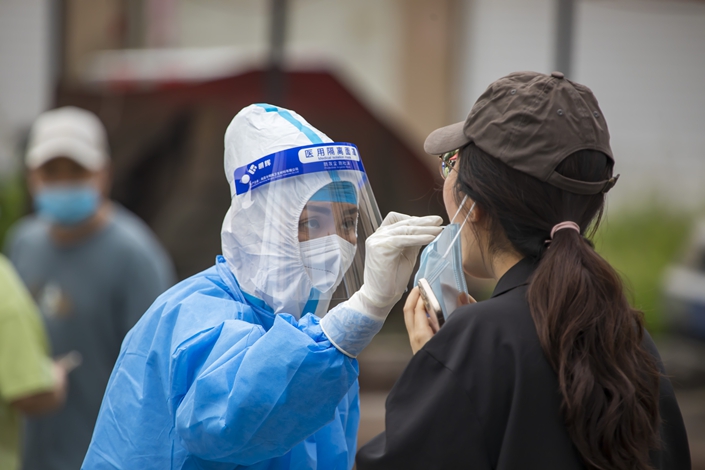 A city in the border province of Jilin has gone back into “silent management” of its Covid risk, barring all of its 3.6 million residents from leaving their residential communities unless necessary, three months after a lockdown was called in the province when omicron cases were detected.

Authorities in Jilin city implemented the measure after finding a single Covid case in the community Sunday. The measure will last from Monday through Wednesday, during which authorities will conduct three rounds of mass testing. Authorities said people who don’t take a test during the three-day period will be given a yellow “health code,” which means they will still be restricted from moving freely after “silent management” ends.

The northeastern province, which borders Russia and North Korea, put all of its 24 million residents under lockdown in mid-March after a spike in cases.

Other control measures have also been put in place. The city is suspending public transportation services, dine-in services at restaurants in densely populated areas, and in-person classes at its kindergartens and primary schools from Monday to Wednesday. On Tuesday, Jilin authorities said they had discovered 10 more Covid cases on Monday. All were workers processing imported cold-chain food products at a local factory and were close contacts of the first patient of the new outbreak, authorities said.