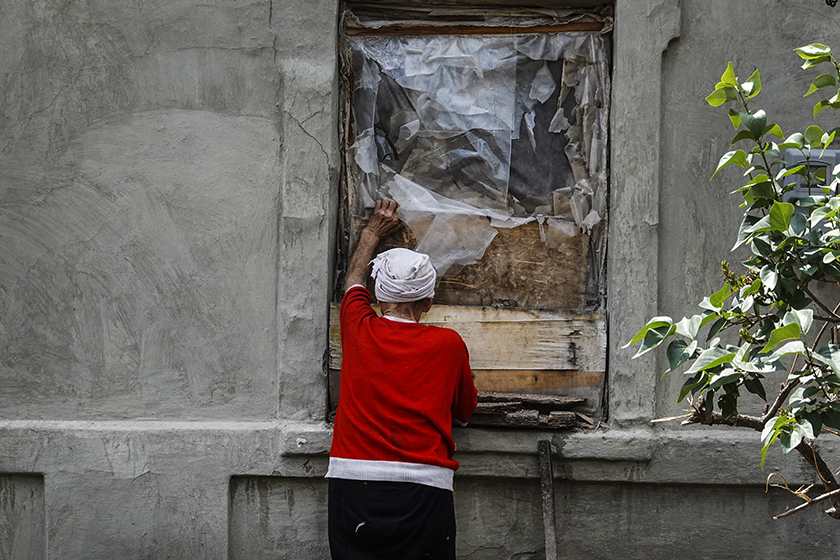 A woman boards up a damaged window in Bakhmut, Ukraine, on Sunday. Her neighbor was killed by artillery fire that day. More buildings were reduced to ruins in Kyiv, Kharkiv and the Donbas region after Russia launched new attacks during the weekend. Photo: Scott Olson/VCG 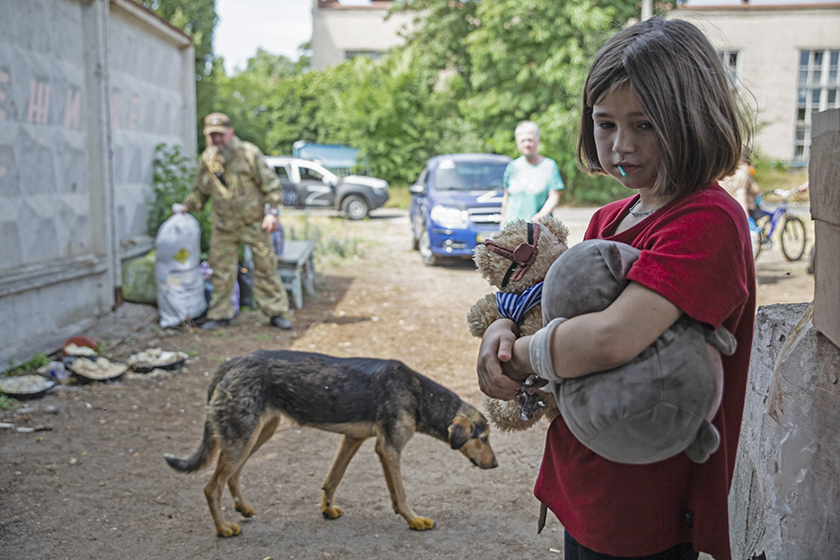 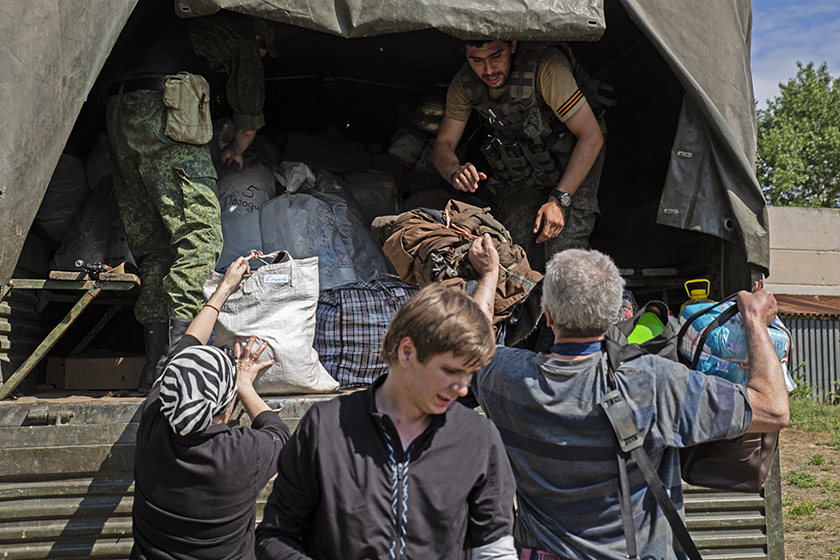 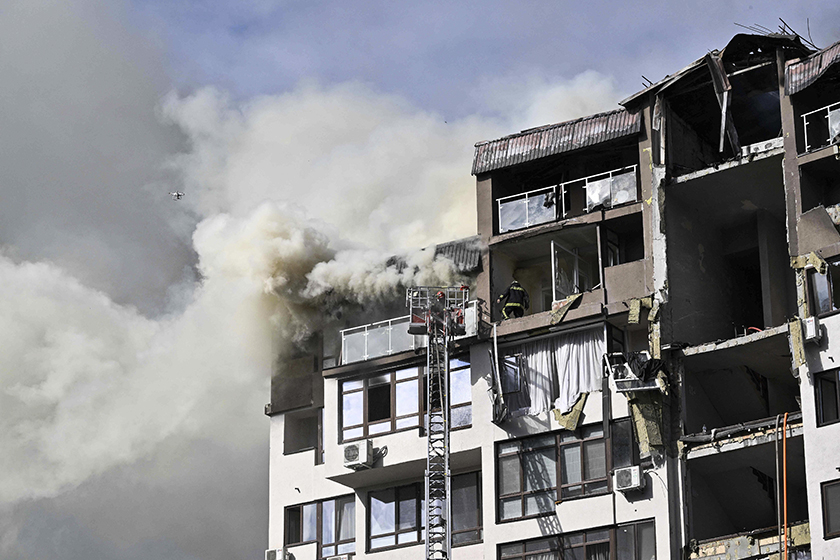 Smoke pours from a residential building in Kyiv after being hit by Russian missiles on Sunday. Those attacks have left at least one dead and four injured, according to Kyiv Mayor Vitali Klitschko. Photo: Genya Savilov/VCG 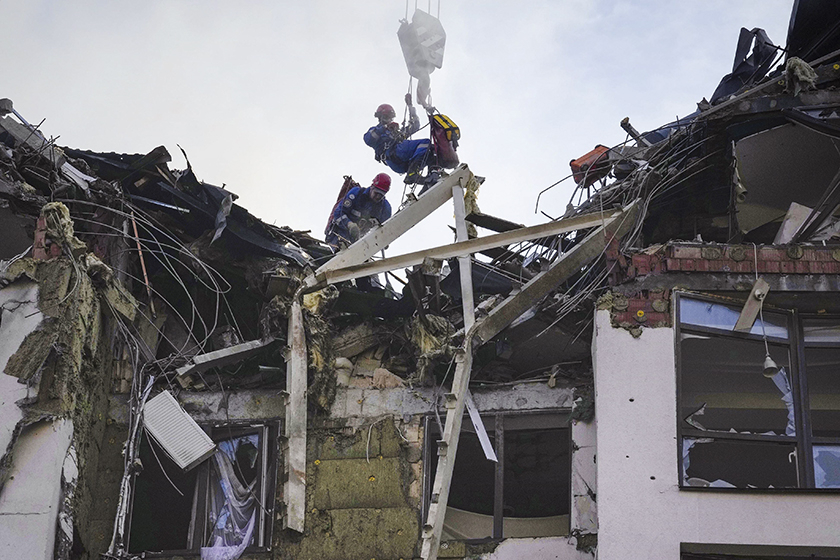 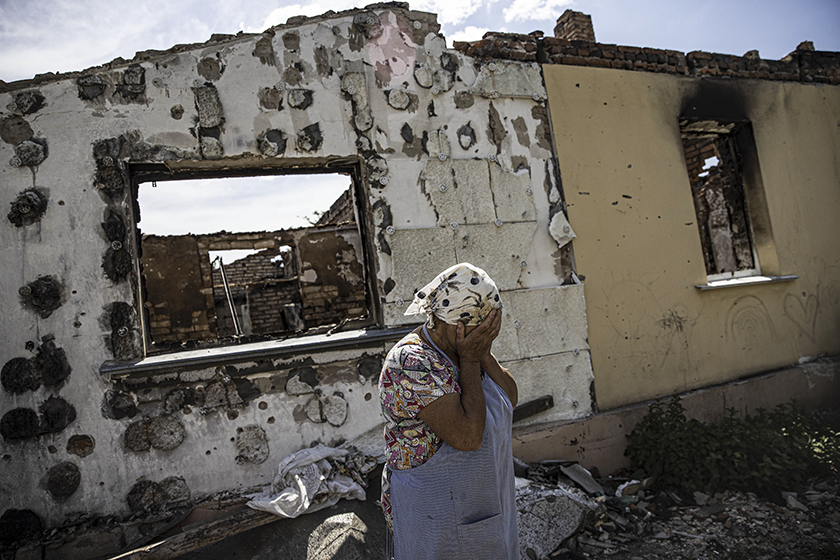 A woman cries in front of a destroyed building Friday in Andriyivka village, near Kyiv. Photo: Metin Aktas/VCG 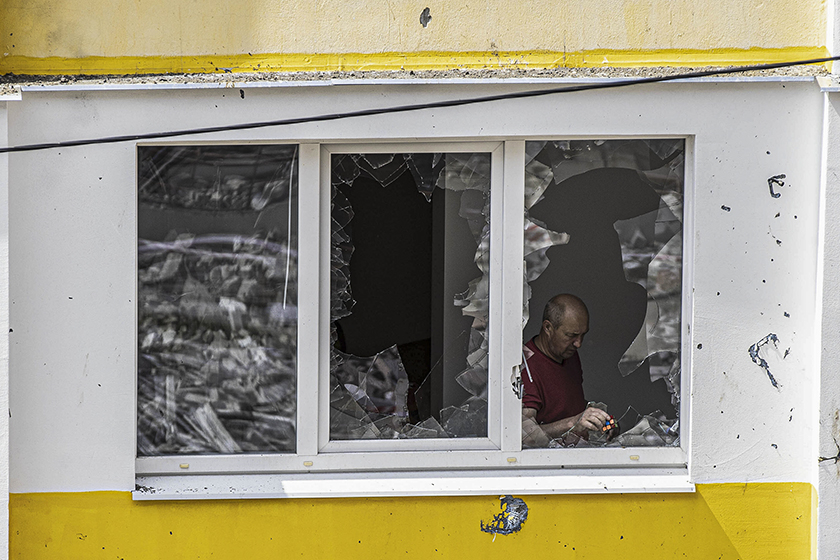 A man stands behind damaged windows of a building Sunday in Nemyshlianskyi district in Kharkiv, Ukraine. Photo: Metin Aktas/VCG 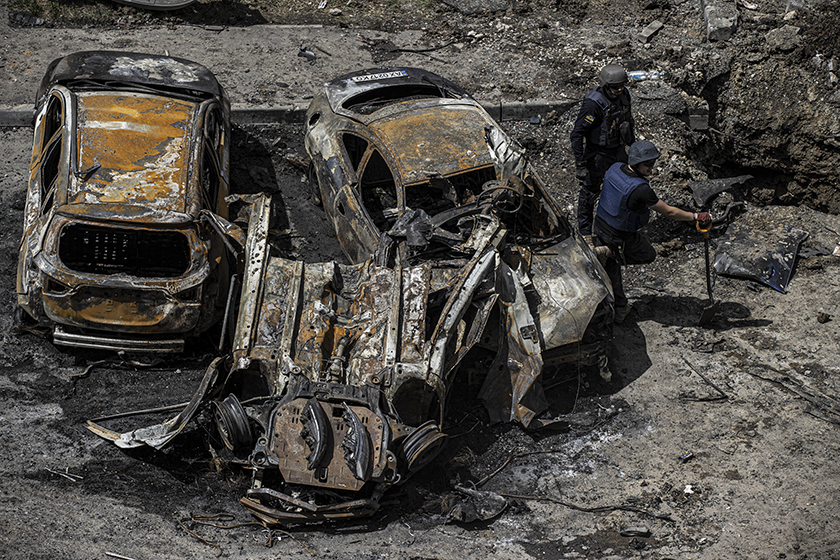 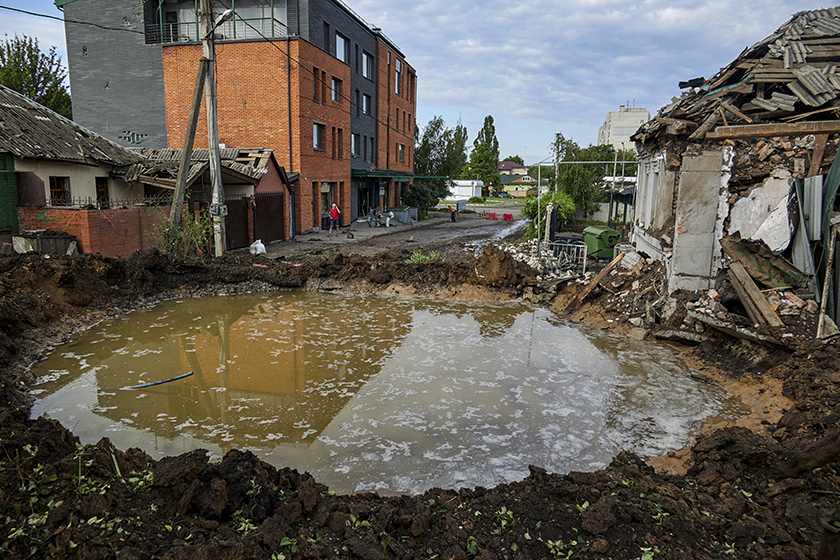 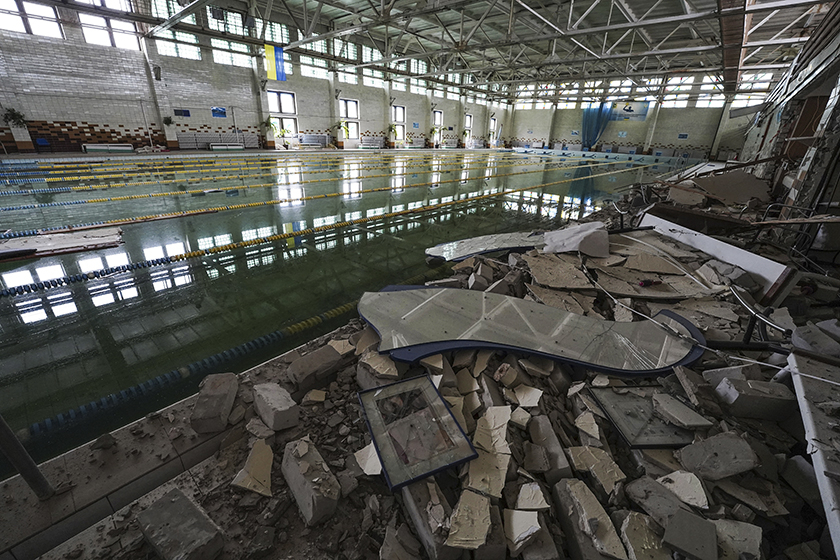 The swimming pool of the National Technical University in Kharkiv is damaged Friday after a night shelling. Photo: Andrii Marienko/VCG 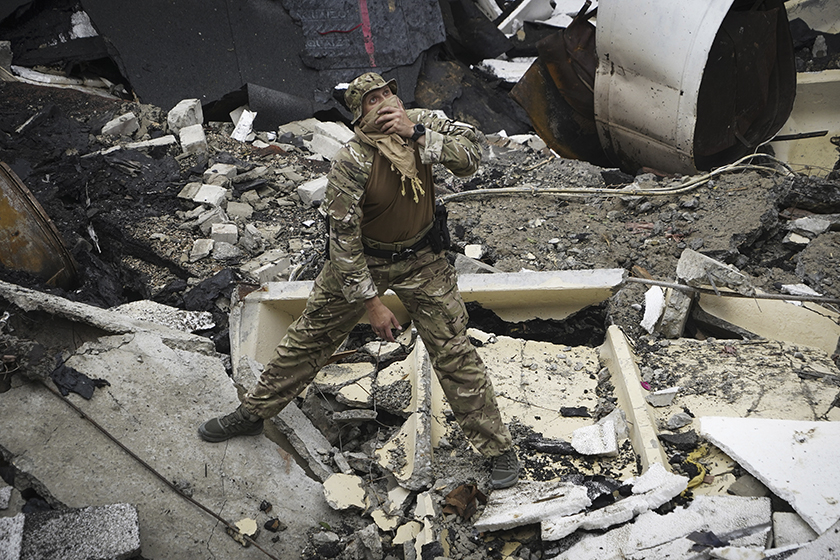 A Ukrainian soldier inspects the ruins of the National Technical University after the shelling. Photo: Andrii Marienko/VCG 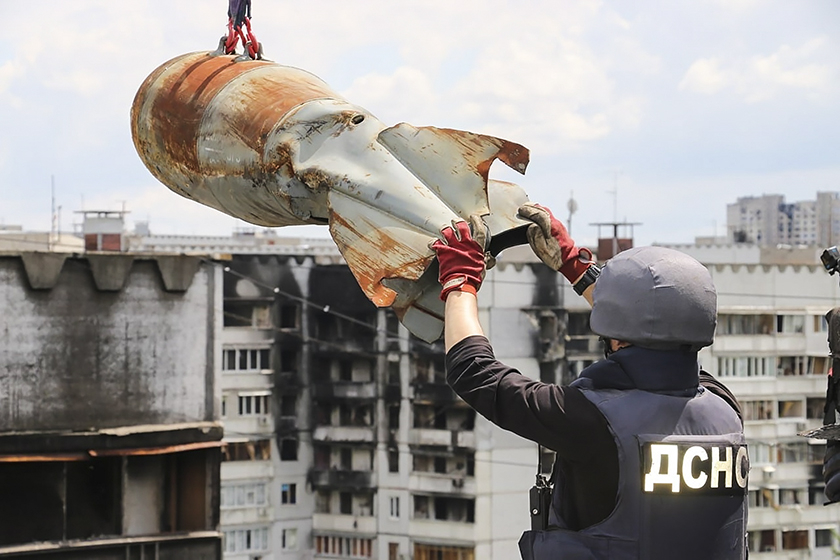 A Ukrainian rescuer pulls out an unexploded FAB-500 bomb from a residential building Thursday in Kharkiv. Photo: The Paper