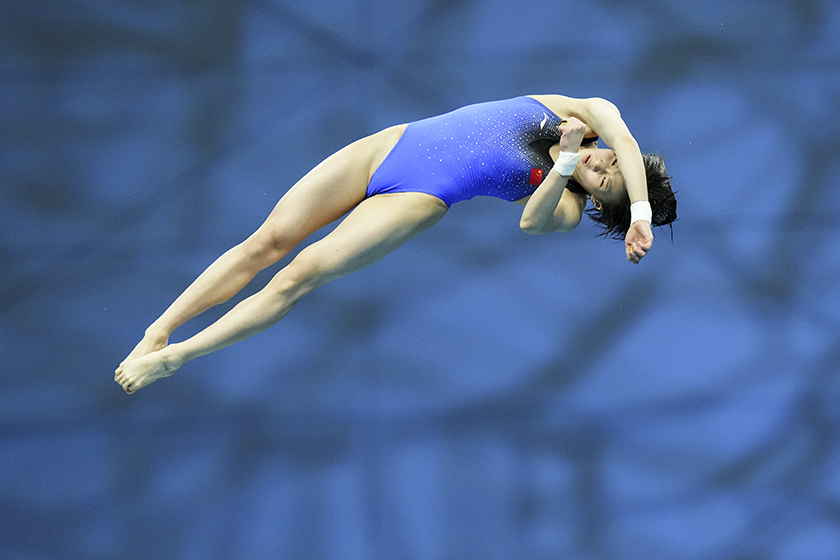 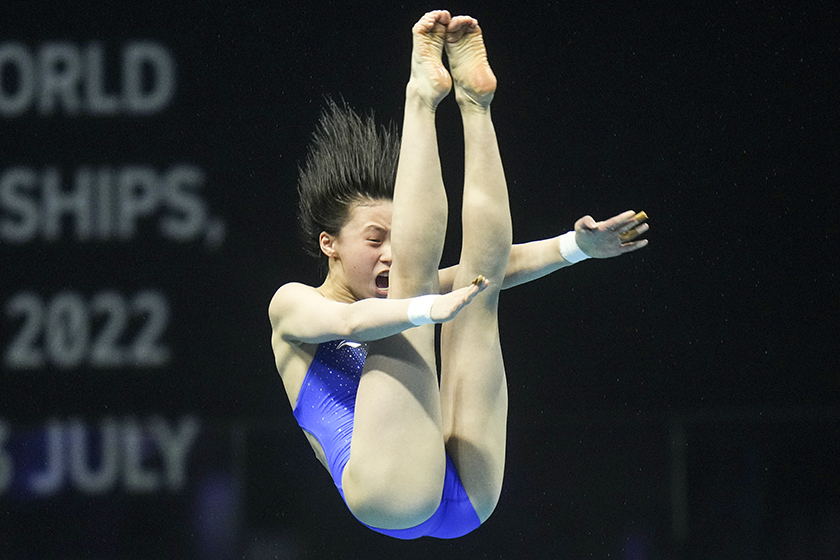 Chen performs a dive during the final. She topped the 10-meter platform podium at the World Championships in 2019. Photo: Petr David Josek/VCG 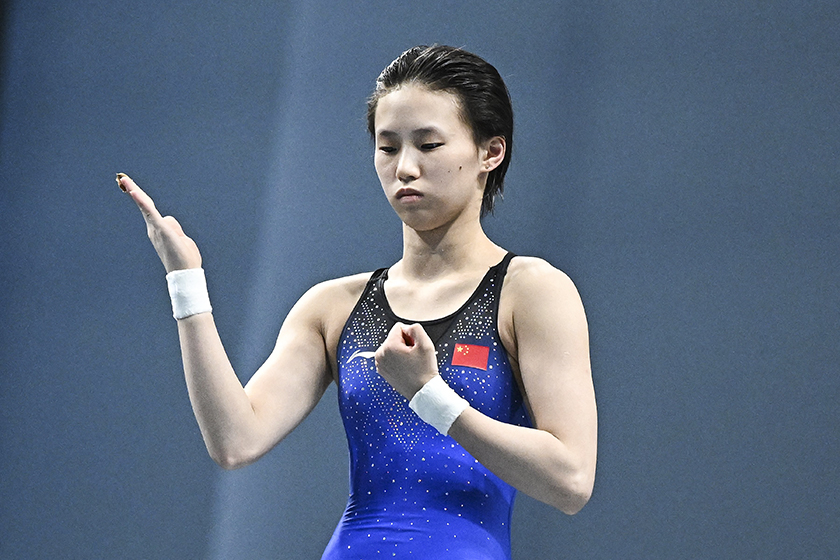 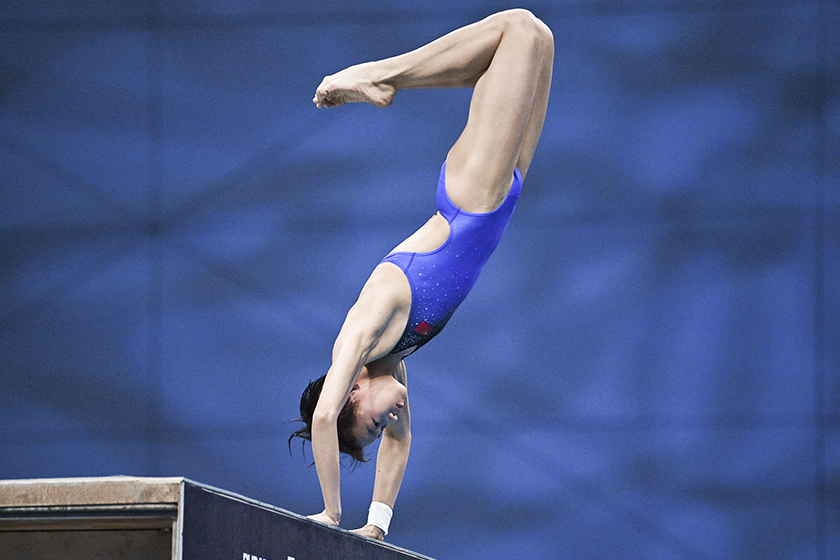 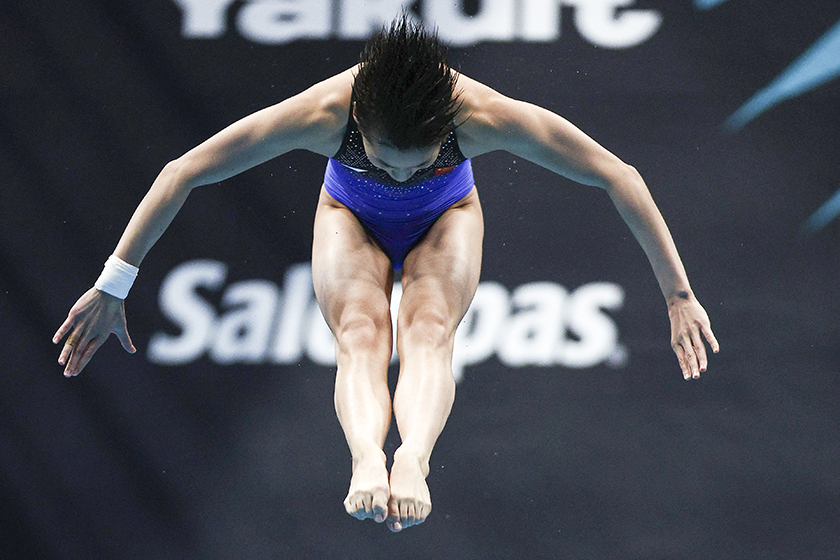 Quan led the first two rounds of the final, but made a mistake when performing a 207C as part of her third jump. Photo: Tom Pennington/VCG 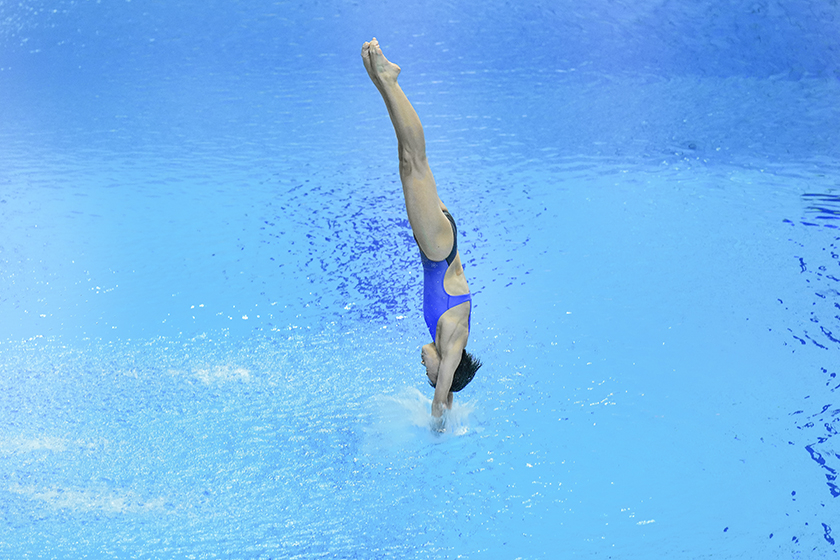 Quan holds her body taut to minimize splash when hitting the water. She earned 91.20 points in her fourth dive with a 6243D. Photo: Petr David Josek/VCG 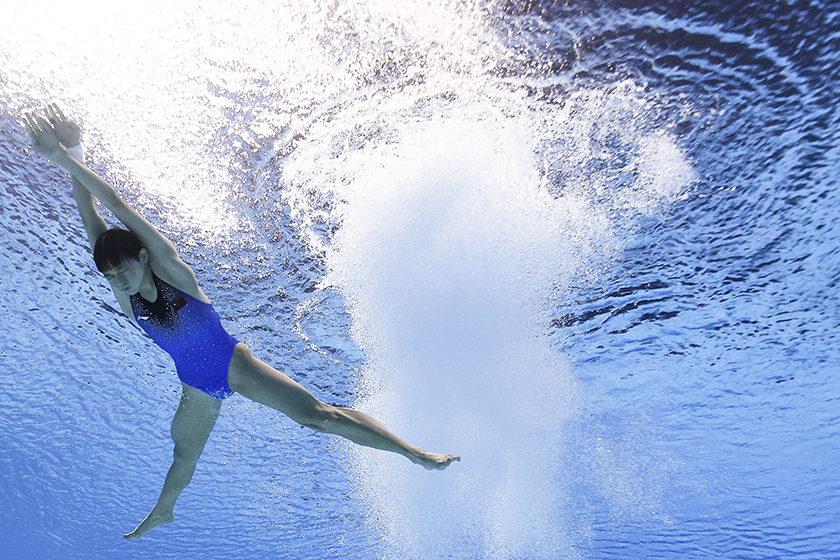 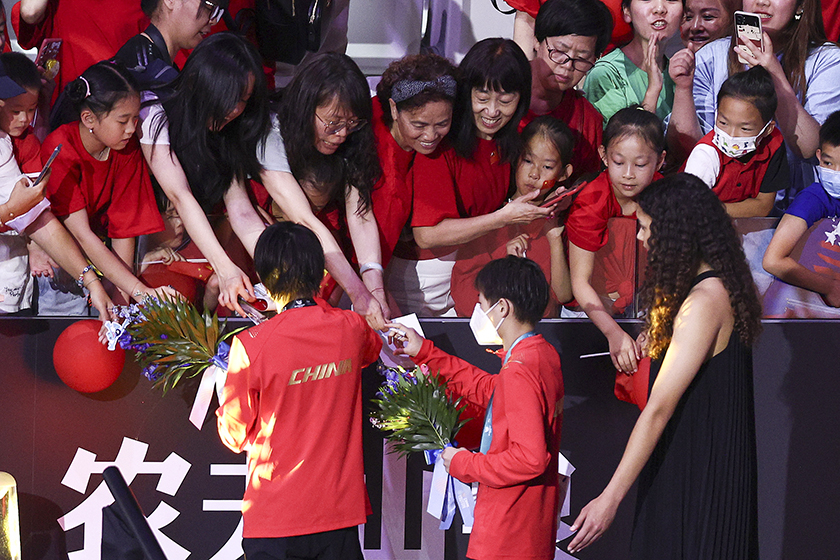 Chen (left) and Quan celebrate with fans after the contest. Photo: Tom Pennington/VCG 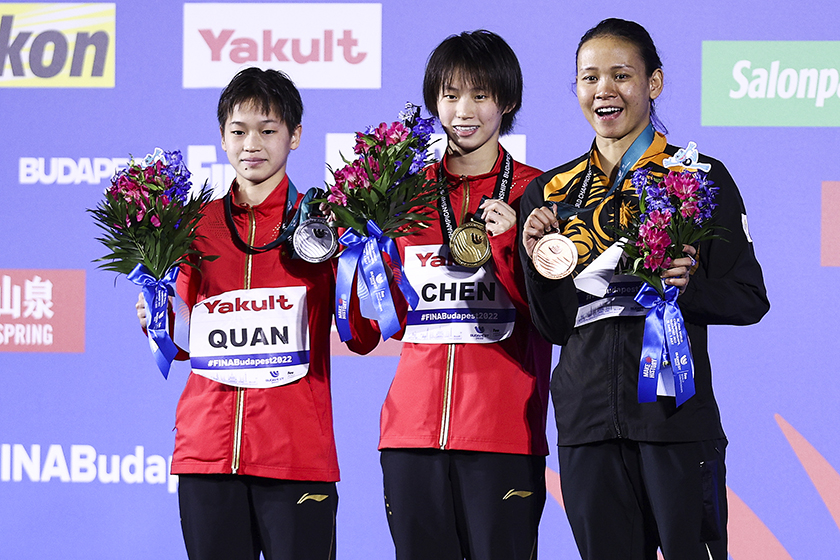