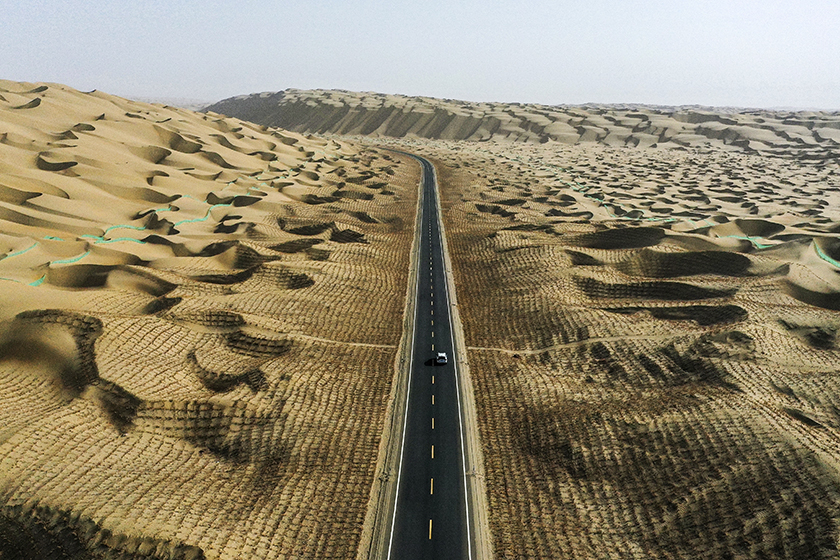 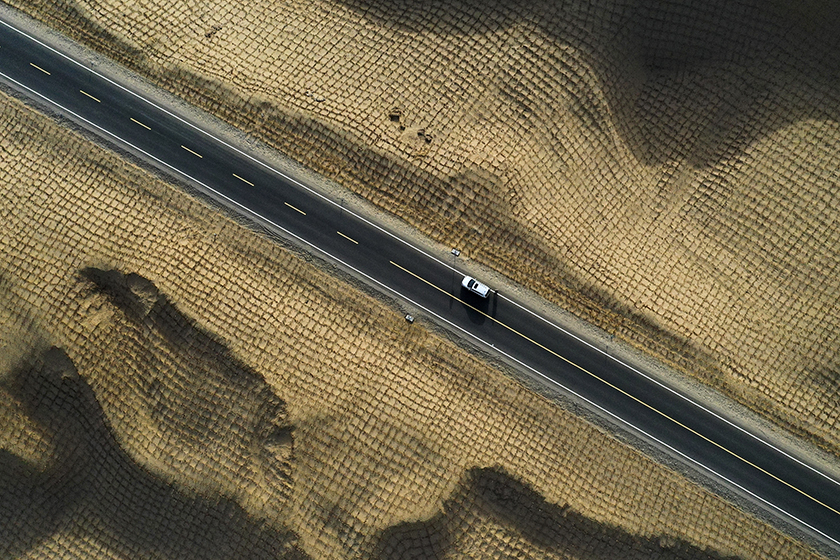 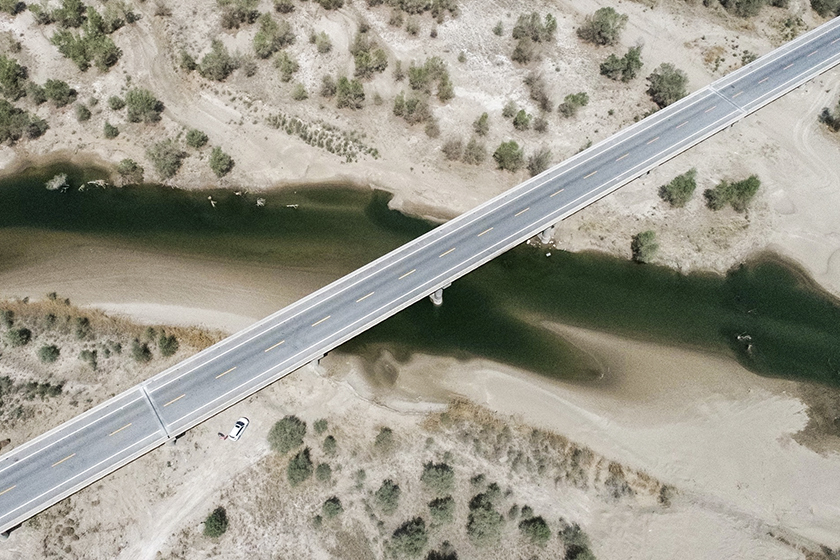 Construction of the highway began in October 2017. About 307 kilometers of the road was built on shifting sands. Photo: IC Photo 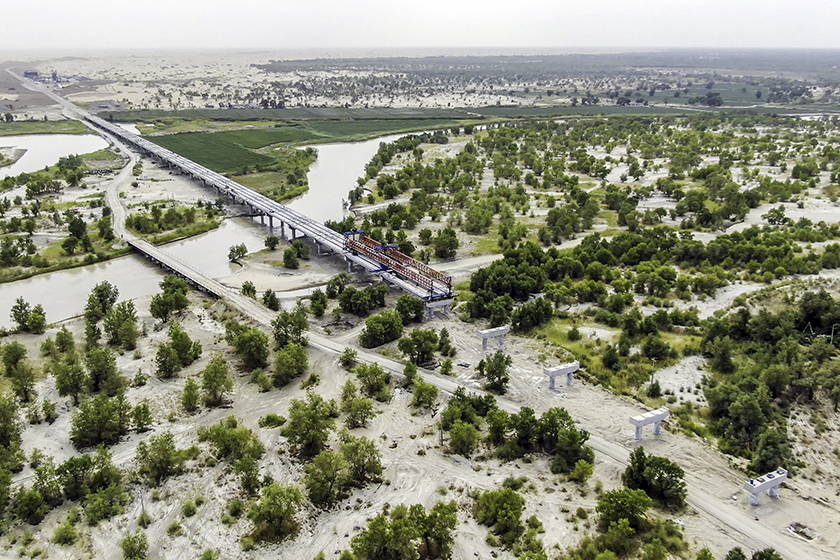 The highway runs across the Tarim River, the longest inland river in China. Photo: VCG 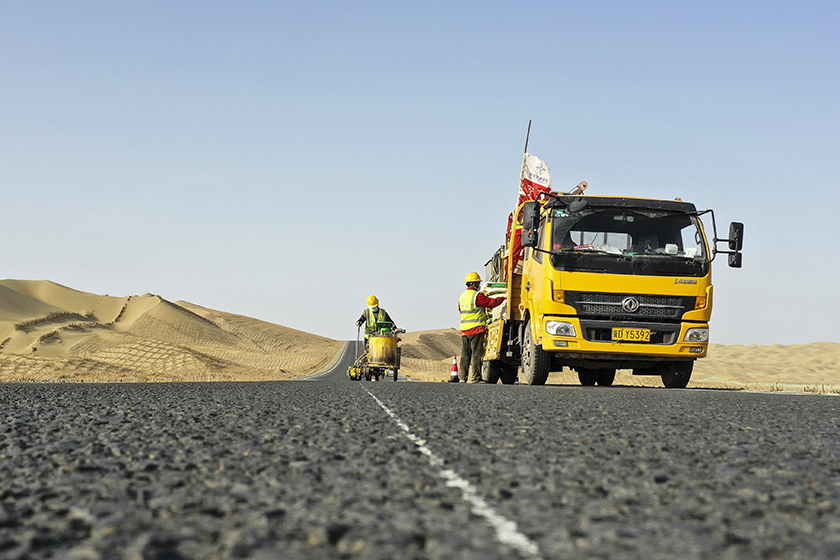 Workers mark lanes on the highway on March 26. Photo: VCG 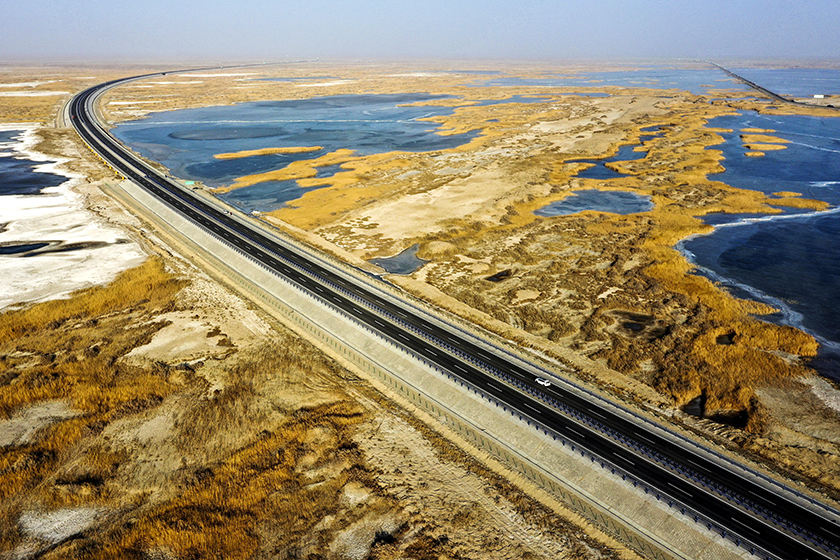 A car drives down the G0711 expressway in Xinjiang’s Ruoqiang county in December 2021. The Yuli-Qiemo highway is a part of the G0711. Photo: VCG 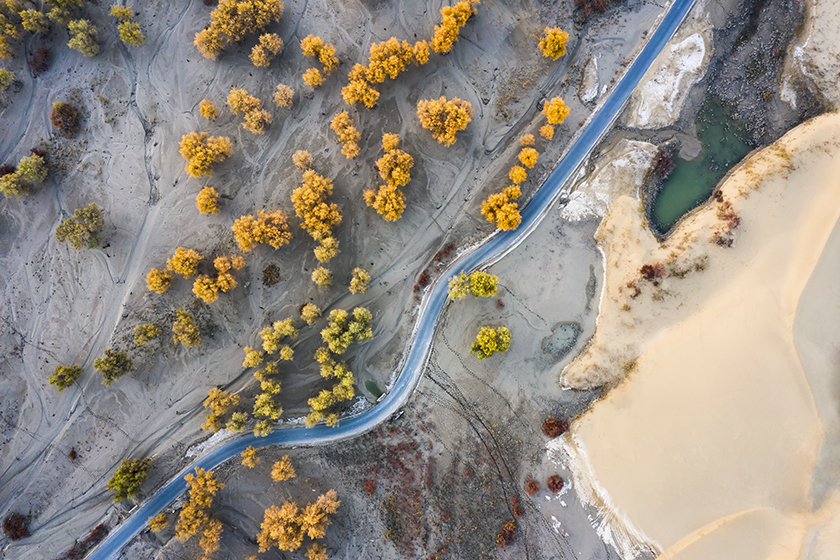 The Alar-Hetian highway, completed in 2008, is the second highway built across the Taklamakan Desert. The first was the Lunmin Highway. Counting all three highways, China has built more than 1,200 kilometers of expressway across the desert. Photo: VCG 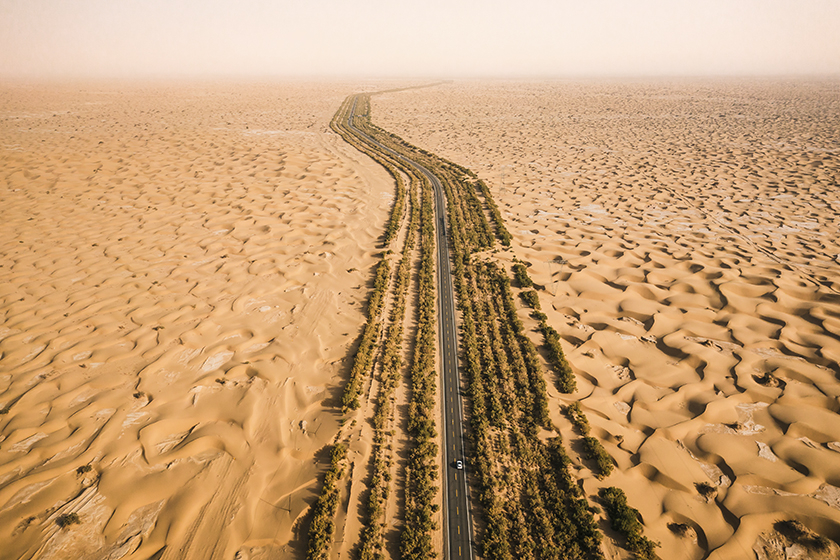 A car drives down the Lunmin Highway, which links Luntai and Niya counties on the rim of the Taklamakan Desert. Photo: VCG