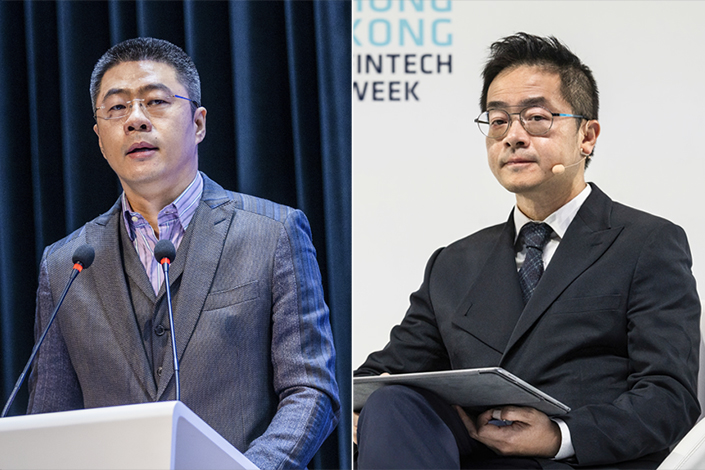 Two of Tencent Holdings Ltd.’s vice presidents — Cheng Wu and Lai Zhiming — have stepped down, but will continue to lead important parts of the tech giant’s sprawling business interests, Caixin has learned.

Cheng will continue to be CEO of China Literature Ltd., an online publishing and e-book firm controlled by Tencent, a post he assumed in April 2020.

In August 2018, Cheng took charge of China Literature’s acquisition of Beijing-based production house New Classics Media Corp. in a deal that would help it build a content-to-studio pipeline. New Classics Media produces films, TV series and web series that include hit titles such as “Never Say Die,” “The First Half of My Life” and “Tiger Mom.”

After stepping down as vice president, Lai’s major title will be his role as chairman of Tencent joint-venture Fusion Bank Ltd., a Hong Kong-based virtual bank, which opened for business in December 2020 and allows customers to use their bank accounts to pay and receive money via Tencent’s ubiquitous mobile payment platform WeChat Pay. The bank also offers currency exchange services, which cover Hong Kong dollars, the yuan and U.S. dollars.

Since joining Tencent in 2009, Lai has been responsible for developing the company’s fintech empire, including by establishing a financial ecosystem made up of wealth management, securities, banks and blockchain.

The leadership shuffle comes as Tencent is cutting costs in the face of a regulatory crackdown and the Covid-19 pandemic.

Since March, Tencent has been embarking on massive layoffs that have affected its gaming, fintech and content departments, company sources told Caixin.