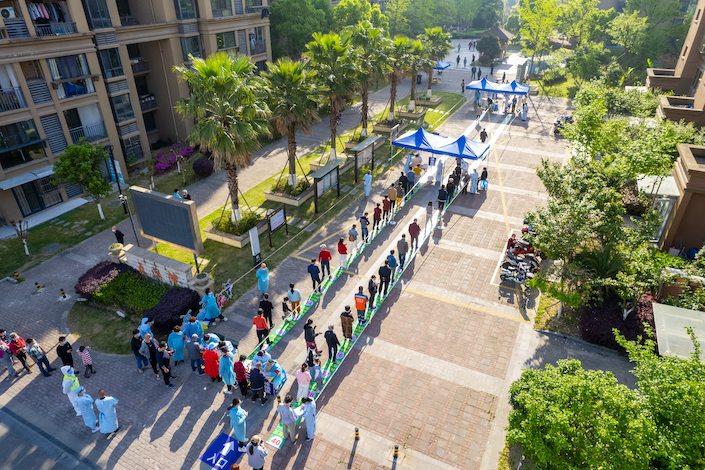 Residents line up to have Covid tests at a compound in Ningbo, Zhejiang province, on April 10, 2022.

The government of southwest China’s Chongqing city plans to cut 5 billion yuan ($746 million) of planned general public spending, according to its second-half budget published in mid-June. The government said the savings will add to a budget stabilization fund to make up for the shortfall in revenue in the second half.