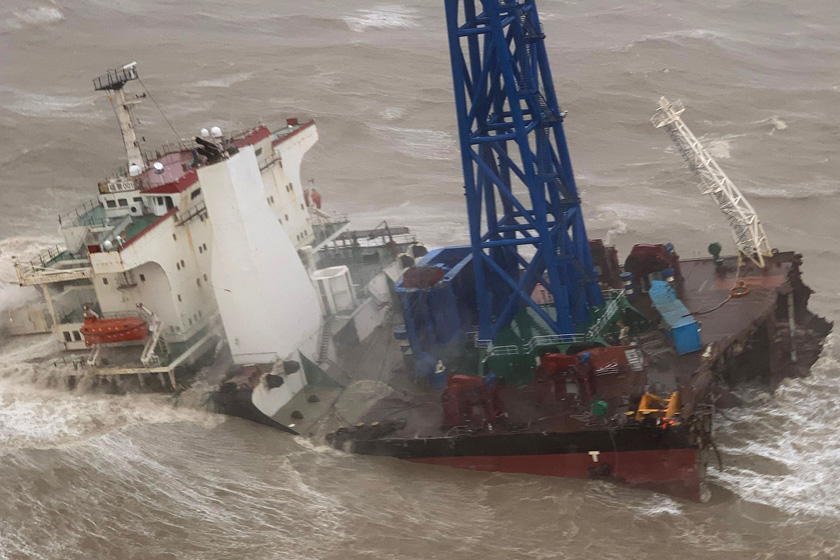 A floating crane working on an offshore wind-farm with a crew of 30 broke in two Saturday morning in the wake of Typhoon Chaba, Bloomberg reported. The ship had been stationed off the coast of Yangjiang, South China’s Guangdong province. Photo: VCG 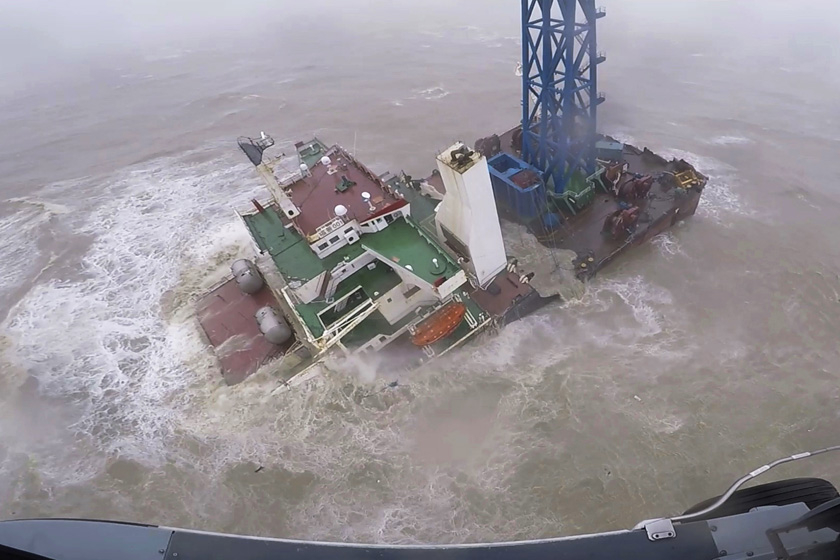 A helicopter with rescue personnel approaches the sinking ship in the South China Sea, 300 kilometers (186 miles) southwest of Hong Kong, on Saturday. The site of the incident was surrounded by about 100 wind turbines, which compounded gusts of wind reaching 140 kilometers per hour, according to Reuters. Photo: VCG 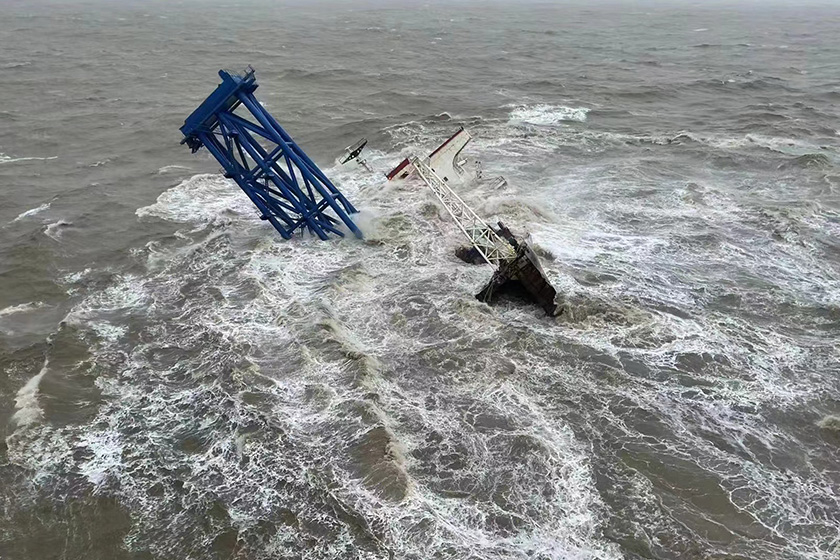 Four people had been rescued as of Monday morning and efforts are continuing to rescue the 26 who remain missing, according to the Guangdong provincial maritime search and rescue center. Photo: CCTV 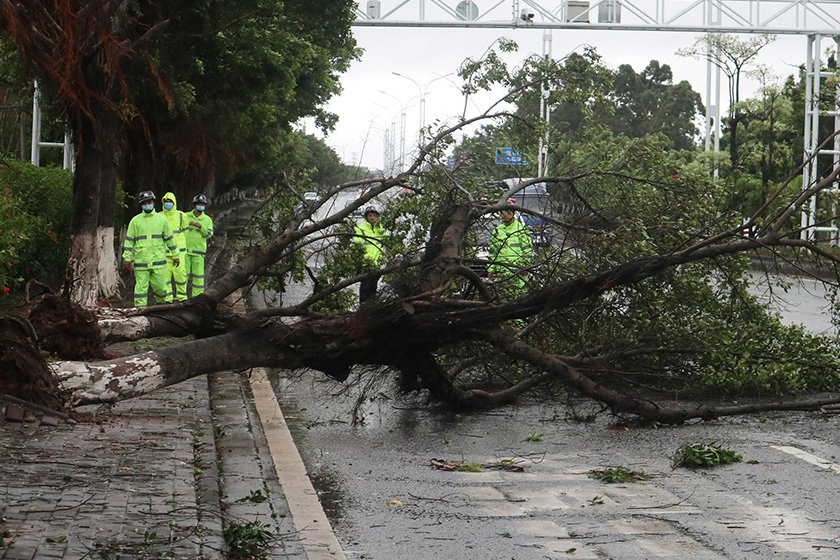 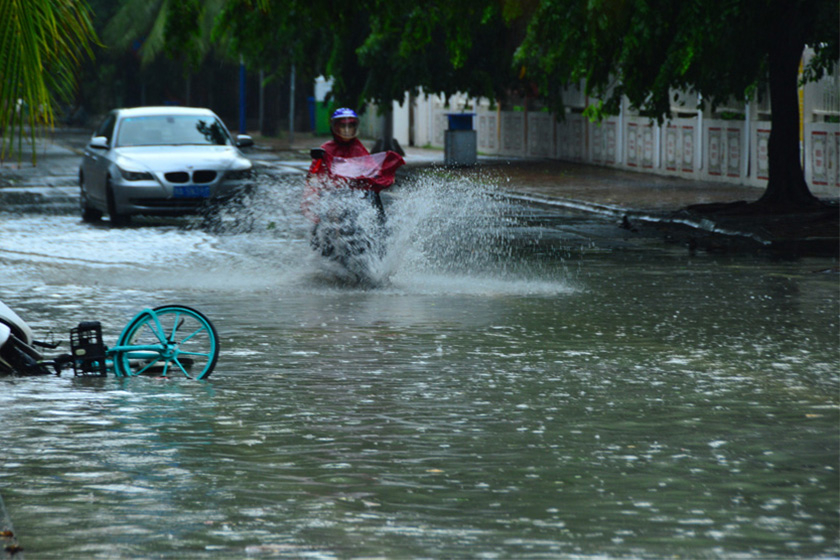 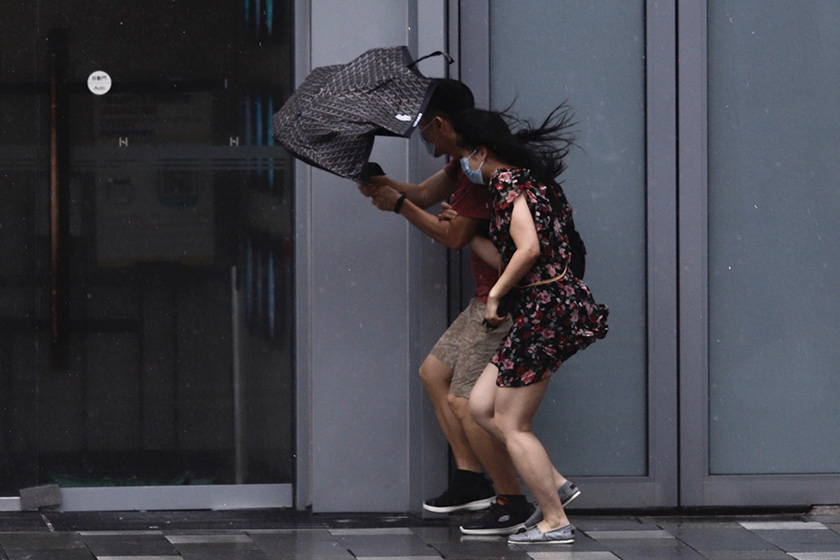 Hong Kong residents run to a mall entrance to avoid getting caught in a rainstorm as Typhoon Chaba skirted the city Saturday. Photo: IC Photo 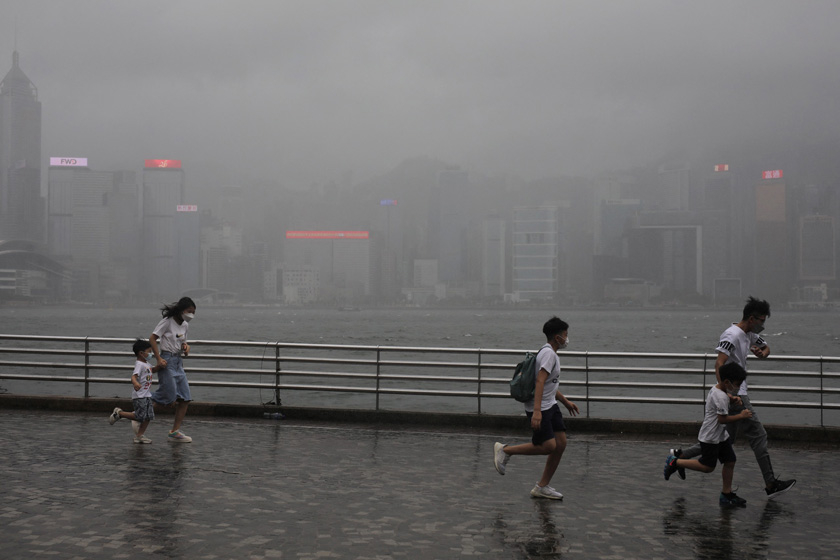 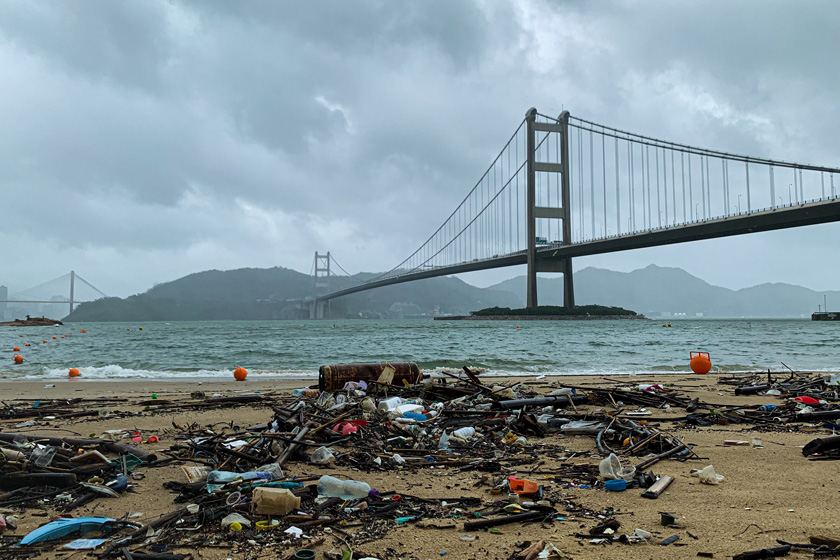