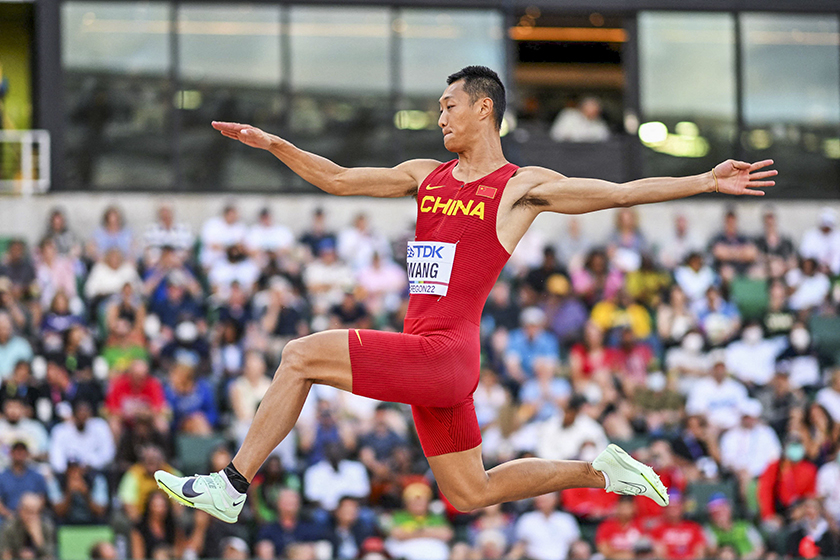 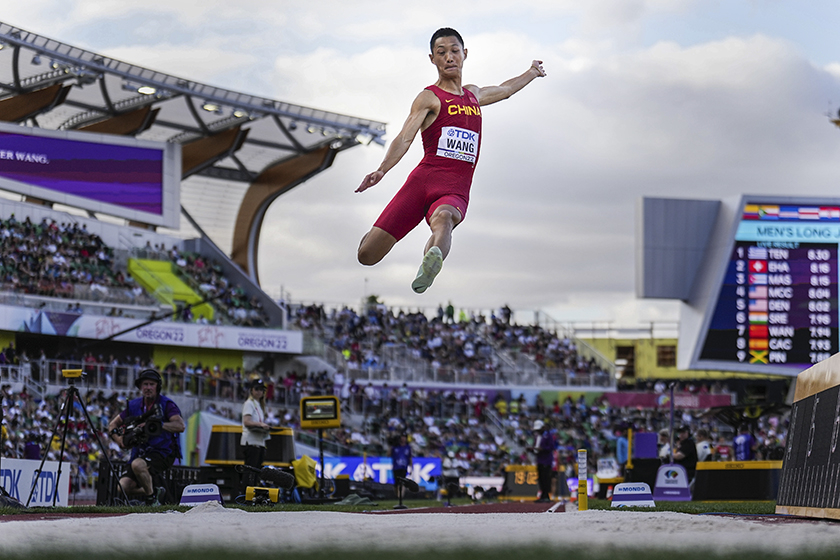 Wang completed an 8.36-meter jump in his last attempt, putting him at the top of the podium. Photo: Charlie Riedel/VCG 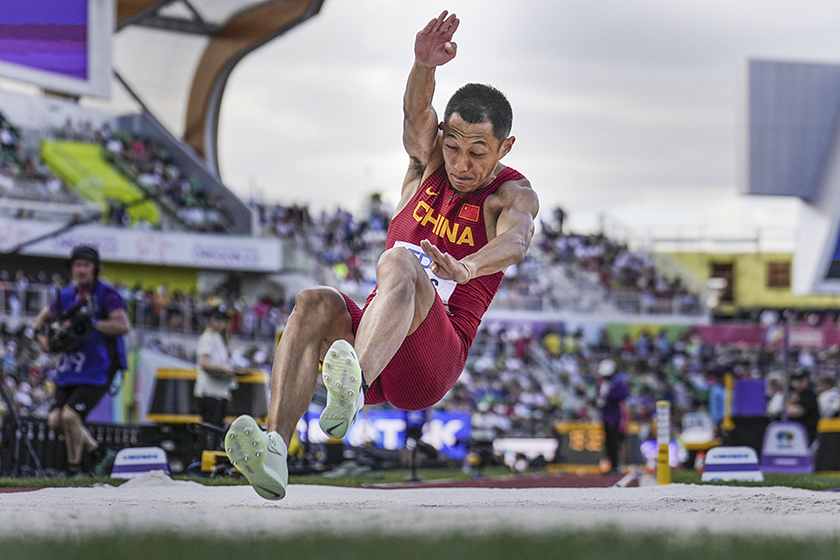 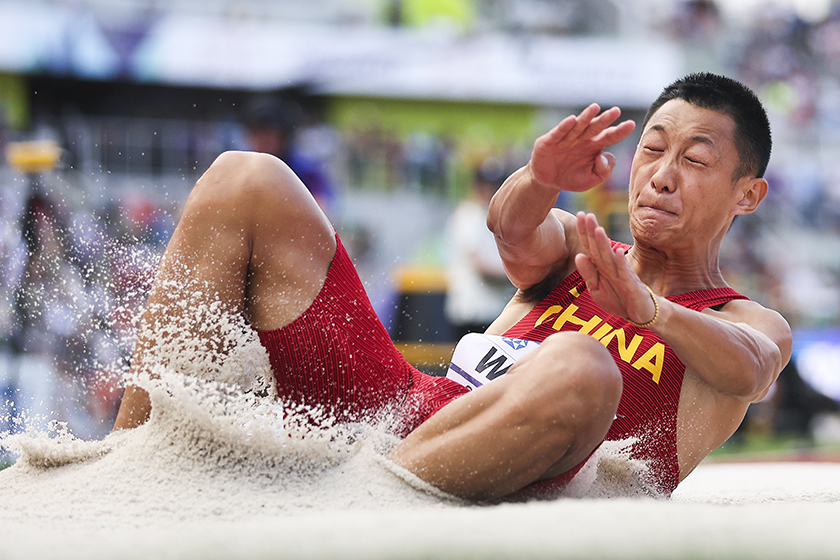 Wang lands on the sand at the end of a jump. Photo: Patrick Smith/VCG 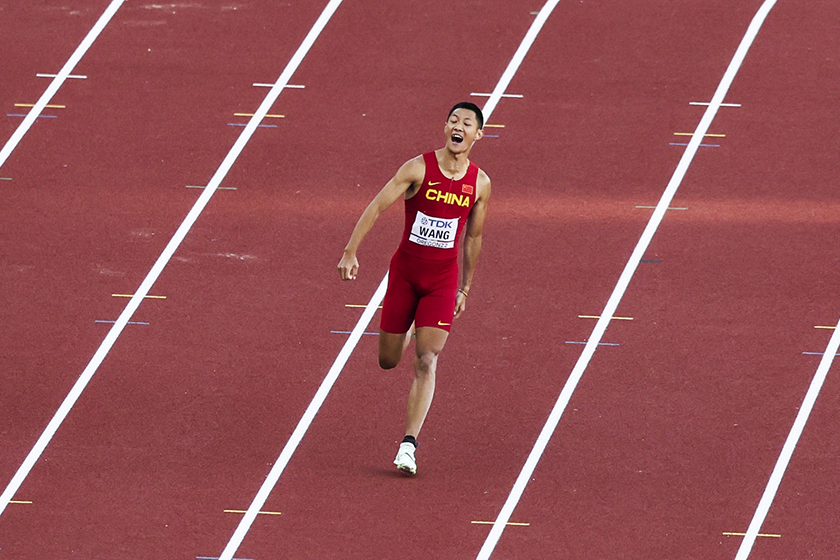 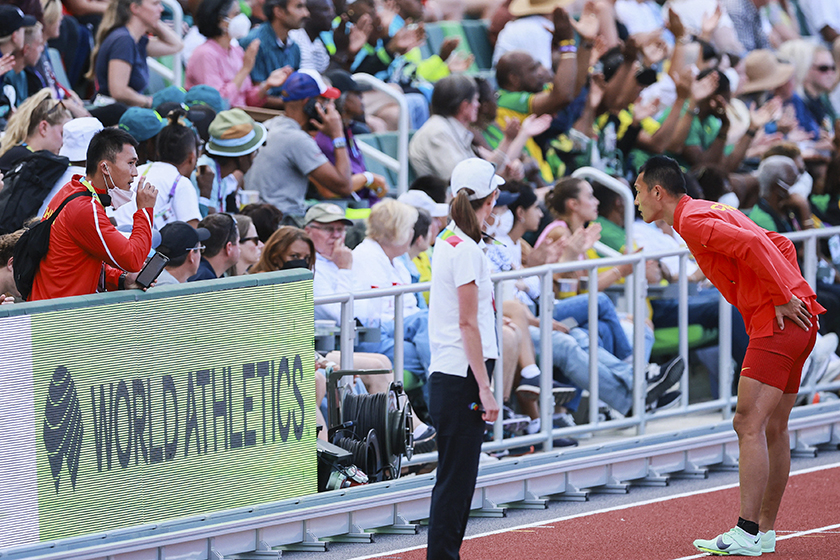 Wang (right) talks to a member of the coaching team during the final. Photo: VCG 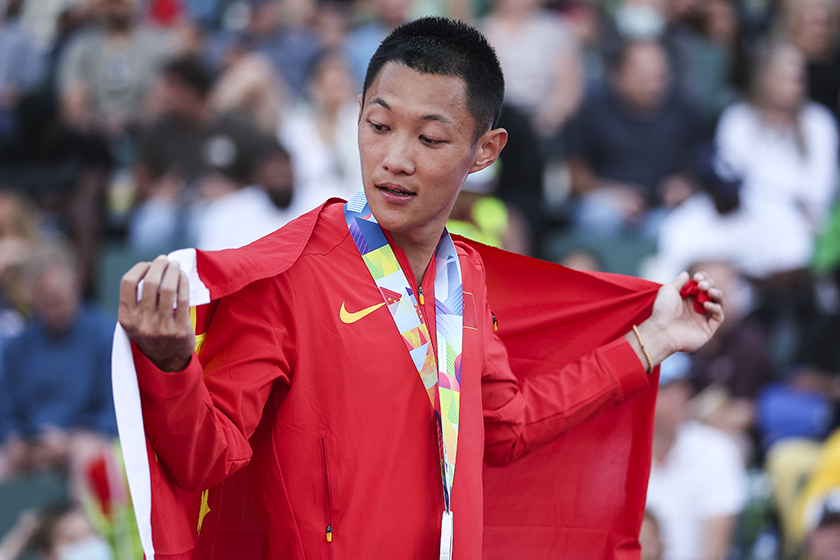 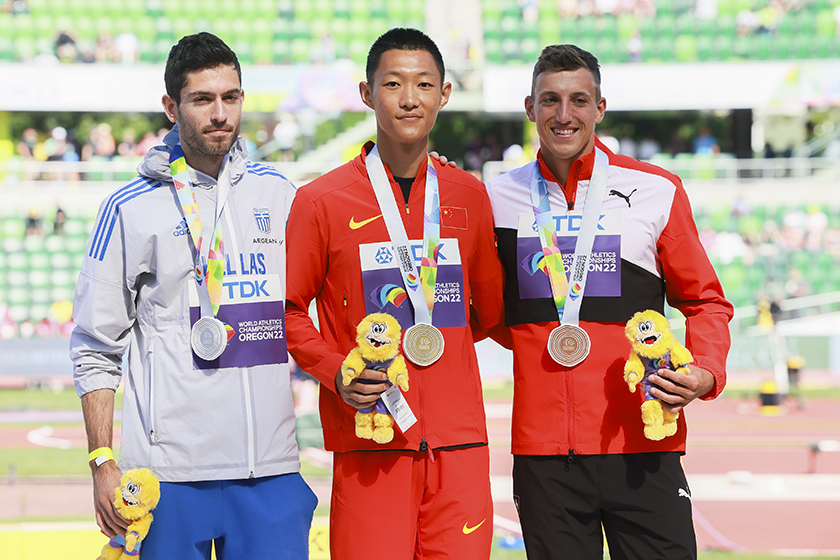 Wang poses for photos with silver medalist Miltiadis Tentoglou (left) of Team Greece and bronze medalist Simon Ehammer of Team Switzerland during the ceremony for the men’s long jump on Sunday. Photo: VCG