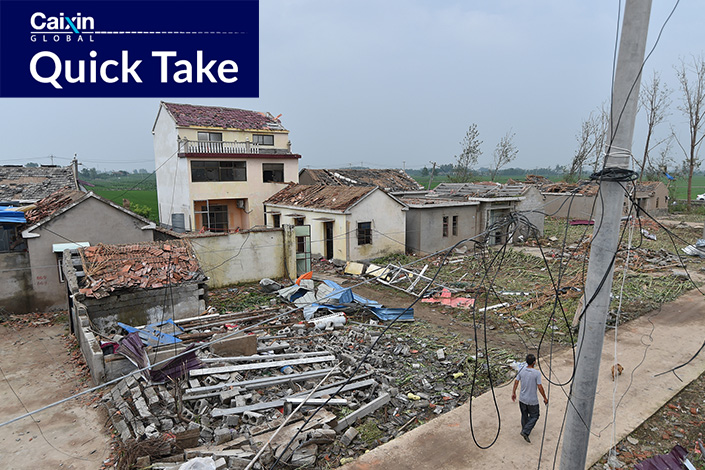 What’s new: A tornado in Lianyungang, a coastal city in East China’s Jiangsu province, has killed one person and injured 25, affecting several thousand, according to Xinhua News Agency. State broadcaster CCTV reported that one of the 25 was severely injured.

The tornado damaged almost 650 households and affected 617 acres of crops when it passed through 11 villages around noon on Wednesday at gale force 15 to 17, causing direct economic losses of about 65 million yuan ($9.6 million), the city’s emergency management bureau said in a statement.