Editorial: How to ‘Lubricate’ the Frictions in China’s Labor Market 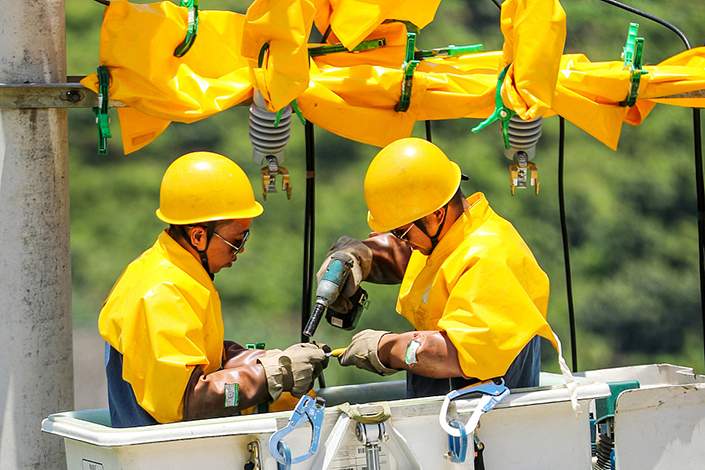 Employment is the foundation of people’s livelihoods, and crucial to economic growth, social equity and stability. As the domestic pandemic situation has eased, and employment stabilization policies have been gradually implemented, unemployment surveys in urban areas have indicated a decline for two consecutive months, with the employment situation faced by migrant workers, in particular, improving. However, pressure on youth employment, a great societal concern, is on the rise. According to National Bureau of Statistics (NBS) data, the unemployment rate for people ages 16 to 24 rose to 19.3% in June, up from 18.2% in April and 18.4% in May. This is a worrying trend.

China’s current unemployment problem is complicated by a variety of factors, including the short-term impact of Covid-19, lagged effects of contractionary policies, cyclical unemployment due to the economic downturn and structural unemployment reflecting industrial restructuring. Unemployment can be a tricky economic issue to resolve, and must be addressed in accordance with the true situation for measures to have any chance of success. At present, there are two key points. First, the government should improve its ability to scientifically and accurately control the pandemic in accordance with the characteristics of new virus mutations, in order to minimize the impact on economic and social development. Second, market entities should be nurtured, and prudence exercised in introducing contractionary policies.

With youth unemployment high, the term “frictional unemployment” has become something of a buzzword. An NBS spokesperson commented that it is common for young people when they enter the labor market for the first time. Meanwhile, both the facts that the pandemic had reduced enterprises’ willingness to hire new employees and the total number of college graduates hit a record high this year aggravated youth employment pressure. This statement gave rise to some controversy.

While it was generally reasonable, it was not quite accurate. So-called frictional unemployment refers to unemployment due to seasonal or technical reasons, and has two main characteristics: it occurs during job changes, and it is temporary. However, at present, young people are mostly having difficulty obtaining their first job, and the duration of their unemployment tends to be relatively long. Nonetheless, for many years, education and other government departments have used the term “frictional unemployment” to describe young people’s difficulty finding employment. The term does have some descriptive power, but does not provide a good explanation for the sharp rise in youth unemployment in recent years. Nor can the observation that the number of college graduates is large provide an entirely convincing description of the situation. After all, China’s labor force peaked 10 years ago, and human resource and social security departments have recently stated that the number of jobs available on the market exceeds the number of jobseekers. The nature and causes of the current youth unemployment rate are clearly not well captured by the explanations above.

In terms of direct causes, while Covid-19 has undoubtedly impacted the economy and employment, it should also be noted that the excessive “one-size-fits-all” control measures employed in many places have contributed to worsening in the employment situation. A closer analysis also suggests that earlier contractionary policies have played an important role. Many of these were introduced without full consideration of their impact on employment. In March, the State Council’s Financial Stability and Development Committee urged prudence in the introduction of contractionary policies, and the abolition of existing contractionary policies if appropriate. It seems clear that these measures will contribute to both financial stability and stabilizing expectations of entrepreneurs, thereby stabilizing the economy and promoting employment.

In combating the virus, the Chinese government has emphasized protection of market entities, with a focus on boosting the service industry and bailing out private enterprises, especially micro, small and midsized enterprises (MSMEs). This strategy reflects the prevailing reality in China. Industries such as food service, tourism and transportation, as well as numerous MSMEs were greatly damaged by the virus, in turn causing serious unemployment. At its recent executive meeting, the State Council advocated continuing efforts to ensure stable employment among market entities and to increase employment through market and social measures. This should be unwaveringly adhered to and implemented.

Concerning the employment of key groups such as young people, the executive meeting emphasized “a focus on the employment of key groups such as college graduates and migrant workers” and introduced a series of measures, including policies expanding the employment channels for graduates, accelerating the reopening of on-site recruitment, policies supporting the service outsourcing industry designed to absorb graduates, continuous assistance services for unemployed graduates based on a “one policy for one person” principle, implementation of employment relief, policies ensuring employment of at least one person per household, and others. We hope that those measures will take effect

Markets and reform and opening up play a fundamental role in unemployment alleviation. Since markets’ provision of jobs depends on the synergy between economies of scale and division of labor, the absence of institutional distortions in those markets is critical. Their elimination will require all levels of government to deepen reforms “streamlining administration, delegating power, improving regulation and upgrading services” to expand opening up, and create a stable, transparent, fair, competitive and innovative business environment, with a corresponding set of rules and institutions. Reforms in household registration, land and other areas should also be deepened, permitting a freer flow of the factors of production, including labor, and the more rational allocation of scarce resources by the market. At present, countless young people still sign up for civil service exams, and state-owned enterprises or institutions have once again come to be seen to offer the “plum jobs” among the younger generation. Whether this is desirable merits contemplation. We long for the return of a “mass entrepreneurship and innovation” boom.

In the second quarter of this year, China’s economy grew, but the foundation for recovery was not yet firm, with employment stability still facing great challenges. In dealing with unemployment, it is important to identify priorities and deal not only with symptoms, but also their causes. To minimize the social cost of the pandemic, all levels of government should combat the virus in accordance with legislation, adopt scientific, targeted control measures, and effectively strike a balance between Covid-19 control and economic and social development. Meanwhile, the policies adopted should add lubrication to the channels of employment rather than increasing frictions. Only when synergies between the various factors impacting employment stability can be derived can we hope for fundamental improvements in the employment situation, especially for young people.