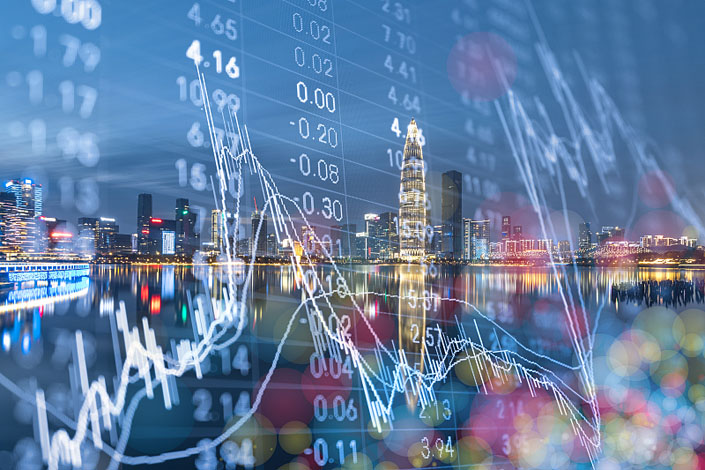 Is the rally real? Since mid-March’s low, Chinese stocks have jumped 33.6%. Stocks pounded the most in the downturn — chiefly, Chinese growth stocks like Tech — have led the way higher since. It is exactly the kind of steep climb early bull markets routinely feature. Yet almost no western investors believe it is real, hyping myriad reasons why this rally should falter. I can’t be sure March 15’s low will hold. But widespread belief it won’t is part of the “Pessimism of Disbelief” underpinning all big market rebounds I’ve written about for decades. Here is how it works.

The Pessimism of Disbelief surfaces after big downturns whack sentiment, leading investors to hyper-focus on negatives while ignoring good news — or casting positives as fleeting and soon to morph into even worse negatives. This recurrent market feature is hugely bullish. In torpedoing expectations, the Pessimism of Disbelief renders any reality short of disaster a positive surprise — bull market rocket fuel. It means you don’t need great news or hugely optimistic investors to bid stocks up. Any reality that isn’t as bad as feared will do.

I last wrote about the Pessimism of Disbelief here in May 2020 shortly after world stocks’ Covid-related plunge — and China’s comparatively milder drop — bottomed, but long before spirits lifted. Back then, I told you the burgeoning rally was real. Most thought me looney. Ugly backward-looking data grabbed eyeballs — like China’s monthly industrial production flipping negative that March (the first such occurrence since 1990) while Chinese total retail sales plunged -18.1% year-on-year. Any positive provoked “yes, but” responses — one of the most powerful contrarian indicators extant, then or ever.

Today’s environment looks even more pessimistic. Bleak headlines tout any new Covid variant as a threat to retail spending, restaurants and more, despite how firms are adapting, mitigating the economic effects. Besides, as I wrote here in June, restrictions’ lifting begets fast recoveries. Elsewhere, pundits still worry real estate is the real shock threatening China, even though it has been front-page news globally for ten months. The National Bureau of Statistics found Chinese consumer confidence at its lowest level since data started in 1991. Amid this cacophony of concerns, even May’s improved Chinese economic data are dismissed as sure to falter soon, when the global downturn worsens.

The Pessimism of Disbelief isn’t unique to China — it is a global phenomenon that China is caught up in. Great. That pulls expectations even further down, creating massive positive surprise power ahead, far above and beyond your rally to date all because global investors can’t fathom a growing China contributing to a growing world. Bank of America’s June fund manager survey found global growth optimism at record lows. U.S. consumer sentiment hit a record low in one survey dating to 1952 and European surveys are similarly dour. Then, too, many see dreary forecasts as not negative enough, despite little new information emerging. When the World Bank recently lowered its 2022 growth projections on widely known headwinds, headlines shrieked they were still “too optimistic.” When U.S. and global stocks pierced -20% in dollars from early 2022’s highs, headlines quickly pronounced it a “bear market” preparing readers for more declines to come — and a possible worldwide recession. Little data suggest such worries are warranted — it mostly looks like a curious, sentiment-driven bear market. Regardless, my research shows that once global stocks breach -20%, the bear market’s end is much closer at hand than almost anyone appreciates. If so, global pundits won’t believe that recovery either. By the time they realize China’s upturn is proceeding — with a new global rebound as a tailwind — stocks will be far, far higher.

When everyone is deeply pessimistic, it is best to go against the grain. This widespread gloom is forming the rebound’s foundation — and it is likely to last long after stocks’ bounce begins, especially as Covid case counts rise and fall. Recall talk of markets “ignoring” negatives as they climbed throughout 2020. Or rampant global recession fears persisting after 2009’s rebound, throughout 2010 and even into 2011, with a Chinese economic “hard landing” — a sharp slowdown in growth — often feared as the trigger. All those fears proved false, benefiting investors with the guts to buy and hang on.

Remember: “Good” news isn’t needed for a rebound. Clarity is costly. China’s recovery from March 15 lows could be the latest example — and a precursor of what is coming globally. Stocks look forward, moving most on the gap between expectations and reality. Hence, the Pessimism of Disbelief’s bludgeoning of expectations means any reality better than disaster likely ignites stocks.

Again, consider 2020. Chinese first quarter GDP cratered -9.8% quarter on quarter — just before the rally began. Consumer spending sank amid widespread business restrictions. Whole global industries — like travel and airlines — battled for survival. But by the time anything close to clarity arrived, stocks had already surged as reality surpassed rock-bottom expectations. Globally, restrictions lingered well into the second quarter of 2020, driving historically bad economic data. Everyone was sure a prolonged economic downturn was here. Yet stocks began recovering late that March anyway. Perfection wasn’t a prerequisite then. It won’t be this time, either.

I often call the stock market “The Great Humiliator,” trying to fool as many investors as possible, for as long and as much money as possible. It has certainly hit me this year. But never forget that the Pessimism of Disbelief is one of The Great Humiliator’s most effective tools for humiliation. Its building presence pushes many to the sidelines, waiting for worse news yet as stocks climb higher and higher. Don’t let it fool you now. Look ahead to the rebound before the gloom is gone.