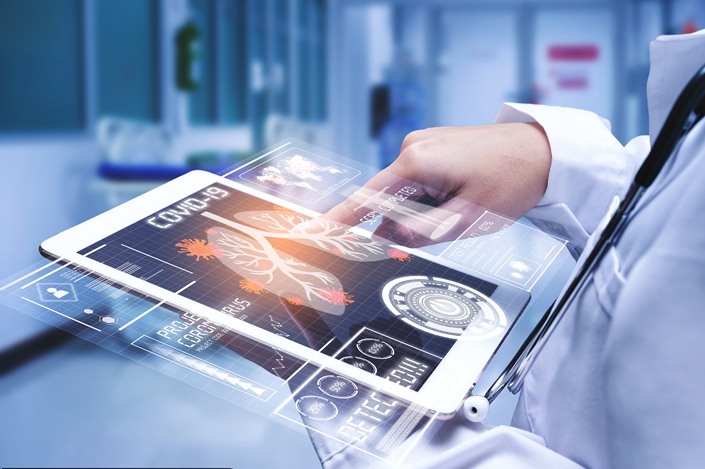 Artificial intelligence (AI) promises to revolutionize healthcare. Even now, AI diagnostic tools can assist lower-level health workers in making diagnoses that could otherwise only be made by highly trained specialists. AI software can read pap smear slides — freeing up pathologists to do other important, less routine work — and can analyze patient data and identify subtle trends that escape the human eye.

Yet we are at great risk that this revolutionary technology will be applied unevenly and be disproportionately more available and helpful to more privileged people in the Global North.

When Alan Turing, the father of AI, was born in the United Kingdom 110 years ago, the average life expectancy at birth in the country was 49. Compare that to Nigeria, the most populous country in Africa: The earliest recorded life expectancy data for Nigeria is from 1950, when the average was 33 years old. The average life span in the UK is now 81, while in Nigeria it is 57. Though many elements of modern medicine are now available in Nigeria and other low- and middle-income countries (LMICs), this lingering inequality in lifespans shows the incredible power of Turing’s legacy has not yet reached its full potential in global healthcare.

There are several major factors holding back AI in global healthcare and keeping it from reaching its full potential. Within the healthcare industry, such factors include several legal, ethical, payment, and practitioner-related issues. Many of these are specific to healthcare, as opposed to other sectors where AI is widely applied, such as engineering, commerce, and agriculture.

One of the most important limiting factors is the lack of available data for AI. Data is needed for AI for many reasons; two of the main reasons are having data for AI to analyze for research purposes, and training AI programs to recognize patterns in data or images. The de-identified medical data that is currently available to AI researchers and developers (referred to as open medical data) is usually heavily skewed towards Caucasian populations and men.

If all medical data all over the world were made universally available to AI researchers and developers, this would have numerous positive impacts on global health.

Since most open medical data currently available only covers people of European descent, much of the AI research has been conducted on diseases that are more common in these populations. However, populations in Africa, Asia, Latin America, and the Middle East often face different diseases. For example, in Asia liver cancer is much more common than in Europe. In Africa, the Epstein Barr virus causes Burkett’s lymphoma, whereas in European populations it only causes mononucleosis. Also, in Latin America, approximately 6 million people suffer from Chagas disease, an infectious disease transmitted by the kissing bug that can cause serious disability and death, but Chagas disease is virtually non-existent in North American and European populations.

For any of these diseases, there are likely only a few hundred cases among the entire population of 1 billion people living in North America and Europe, but if researchers were able to access data from the other almost 7 billion on the planet, they would have a much larger sample size for use with AI. In addition, a concerted push for the digitalization of medical data in low- and middle-income countries could drive much needed health care information technology (IT) investment in Africa, Asia, Latin America, and the Middle East.

The lack of global open medical data disproportionately affects the health of non-Caucasian people living in Europe and North America, even for extremely common diseases such as heart attacks and breast cancer that affect everyone. For example, African American women under the age of 45 have a much higher occurrence of breast cancer than Caucasian women. However, gaining a better understanding of the social, environmental, behavioral, and genetic factors that may influence these higher incidence rates would require much more open medical data on women of African descent. The population of African Americans in the U.S. is 41 million, as compared with the population of Sub-Saharan Africa, which is 1.1 billion. This means that if AI researchers and developers could access the medical data from the 41 million African Americans in the U.S. along with data from 1.1 billion Sub-Saharan Africans, they would be able to do far more to understand how to prevent, diagnose, and treat diseases that are common in non-white populations.

In Europe and North America, historically, most medical trials have been conducted using men as standard patients, which has led to a number of gender health inequities. For example, for many years heart attacks in women were under-diagnosed and often went untreated because the attacks tend to have a different symptomology than in men. Men typically experience chest pain, but women are more likely to have neck, jaw, shoulder, upper back, and abdominal pain. Having a large amount of open data available would make it easier to analyze women’s symptoms and develop tailored diagnostics and treatments.

The top five global research pharmaceutical companies make a combined $343 billion a year in profit. This is almost as large as the entire generic drug market, which is worth approximately $391 billion. All of these leading pharma firms are based in high-income countries (HICs) in North America and Europe. Since the cost of developing new drugs is becoming more expensive and complex, it is difficult for startups in HICs to thrive, let alone startups in LMICs. If medical data were made universally available for free, this would greatly reduce the advantages held by established medical companies and better enable younger businesses to thrive. This is especially important given the likelihood that healthcare startups in LMICs will focus on different diseases and populations than established companies in HICs.

Many things still need to happen before the vision of universal open medical data can be realized. First, every country will need to create and enforce laws guarding against misuse of data — this would prevent issues including the use of people’s medical data against them by denying them life or disability insurance based on genetic findings. It would also prevent blackmailing of people based on their health data, such as threatening to release a patient's human immunodeficiency virus (HIV) or acquired immune deficiency syndrome (AIDs) diagnosis, cancer diagnosis, gender identity, or sexual orientation.

The problem of data interoperability will also need to be solved. When it comes to IT, the political challenges are generally greater than the technical ones. The World Health Organization and the International Telecommunications Union must therefore provide strong, smart leadership to help countries agree on a standard format for all medical data.

Furthermore, due to the pandemic of misinformation that has accompanied the spread of Covid-19, to establish a global open medical database we now must fight widespread suspicion and mistrust of the medical and scientific systems. Though investments in countering the Covid-19 pandemic have advanced medical science considerably, resulting, for example, in the development of effective vaccines in less than a year. But in many other ways medical science has lost several decades of progress because of the dramatic decrease in the amount of trust that certain communities have in the system.

This new mistrust comes on top of centuries of it caused by colonialism and slavery. Many LMICs do not allow medical data to leave the country out of concern that it will be used to profit and benefit the rich Global North, not the very communities from which the data came.

There is still a long way to go before fulfilling Turing’s vision of “a machine that can learn from experience.” Whether global health discrepancies improve or worsen in the coming years depends in large part on whether a variety of researchers in both LMICs and HICs have access to open medical data from all over the world.

Kate Tulenko is Founder and chief Executive of Corvus Health. The article was first published by the Yuan.

The content herein is subject to copyright by The Yuan. All rights reserved. The content of the services is owned or licensed to Caixin Global. The copying or storing of any content for anything other than personal use is expressly prohibited without prior written permission from The Yuan, or the copyright holder identified in the copyright notice contained in the content.