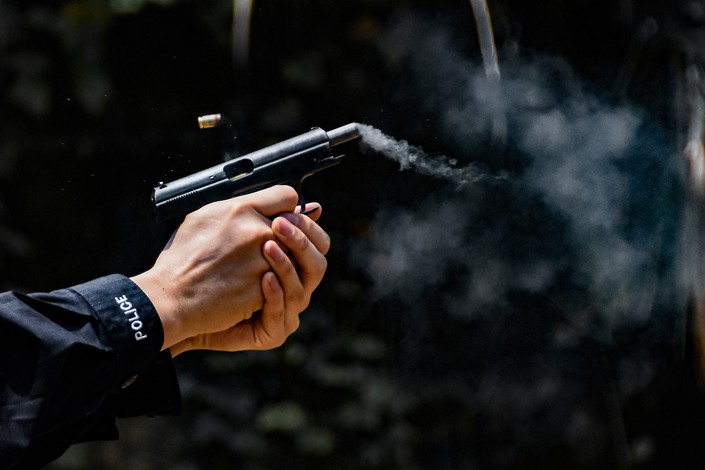 A Sichuan province armed officer is suspected of shooting at least two people before going on the run. Photo: VCG

Authorities in Southwest China’s Sichuan province are hunting for a police officer suspected of killing three people and injuring two others, offering a reward of 100,000 yuan ($14,830) for tips leading to his arrest.

The killings took place on Tuesday afternoon in Muchuan county, Leshan city. The suspect, 36, “injured two with a gun and killed three with weapons,” Muchuan police said in a statement (link in Chinese) issued Wednesday. “The gun and ammunition involved in the case were all seized,” but the suspect fled the scene, the statement said. Those injured were receiving hospital treatment and “were not in life-threatening condition for now,” the statement added.