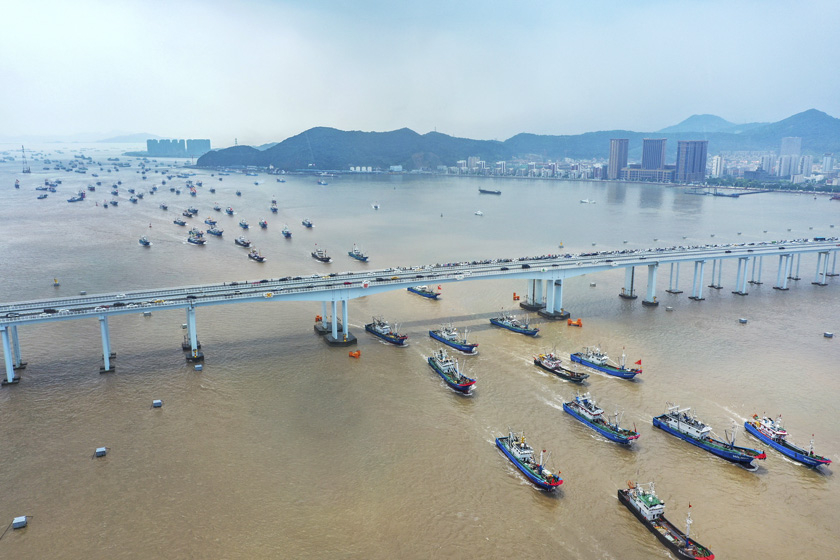 A fleet of fishing boats set sail to the East China Sea from Zhoushan in eastern Zhejiang province on Monday. On the same day, the three-month summer fishing ban was lifted on parts of the Yellow Sea and the East China Sea. Photo: IC Photo 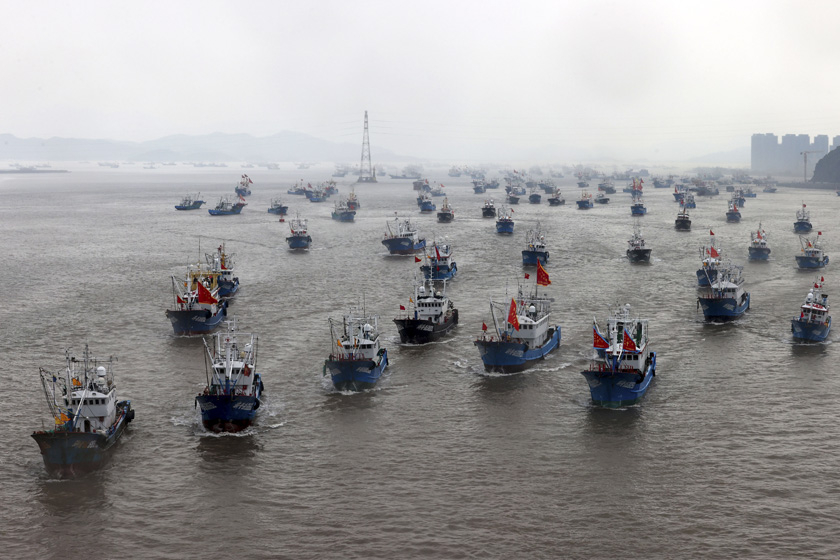 As part of China’s efforts to protect marine fisheries, the annual ban covers the Bohai Sea, the Yellow Sea, the East China Sea and the waters north of 12 degrees north latitude in the South China Sea. Photo: VCG 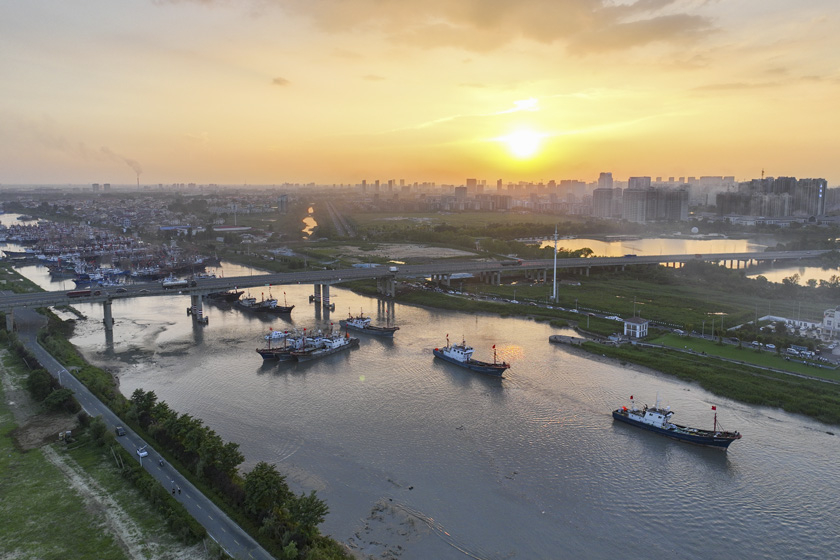 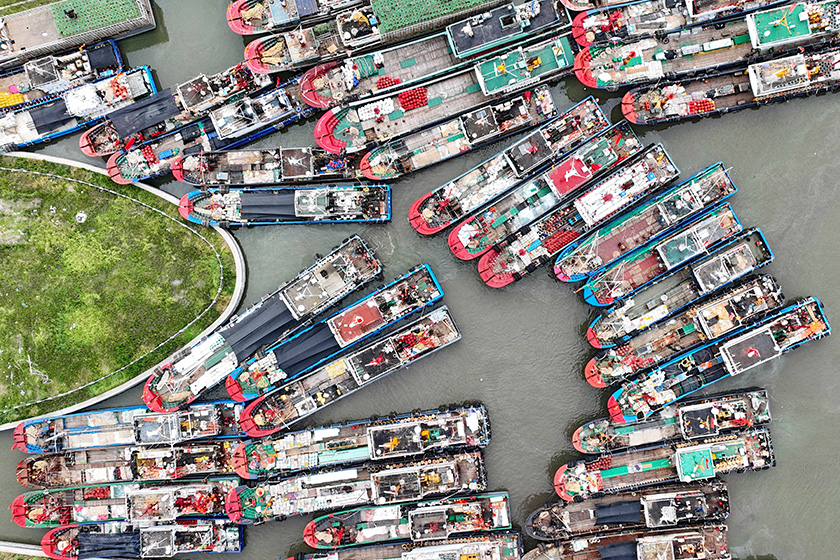 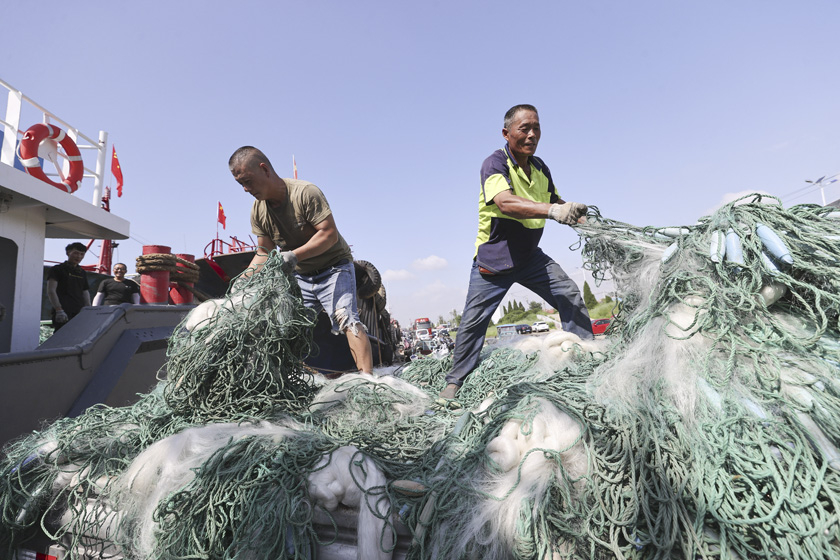 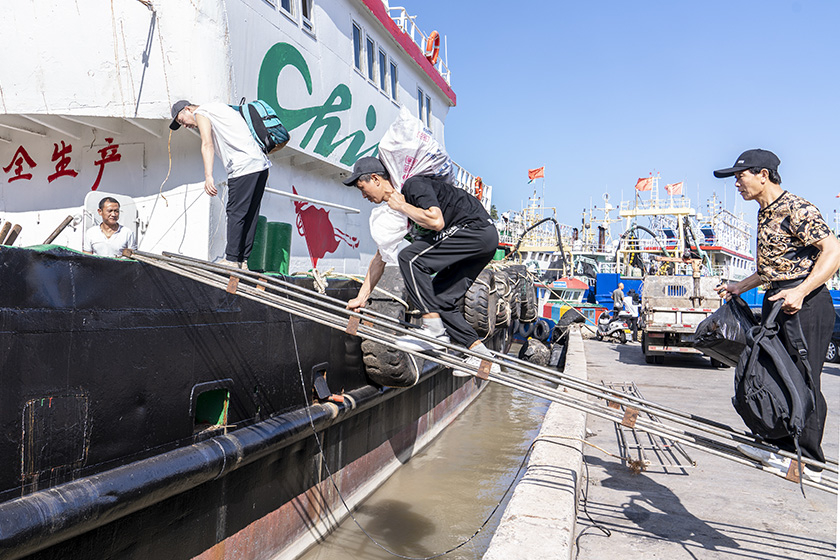 Fishermen carry supplies to a boat before setting off at Shitang port in Taizhou, Zhejiang on Saturday. The first batch of fishing boats mostly operate in the offshore waters to catch crabs and shrimp. Photo: VCG 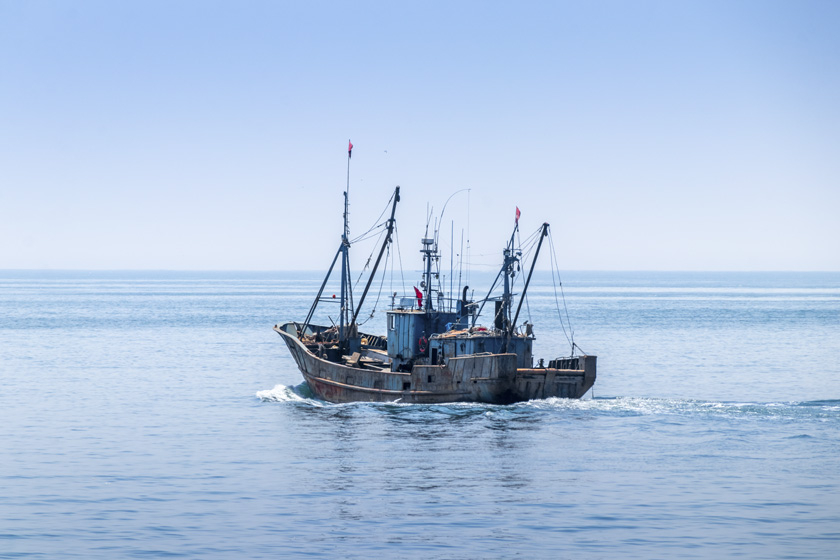 A fishing boat sails near the northeastern city of Dalian on April 29, before the fishing moratorium, which started on May 1. Photo: VCG 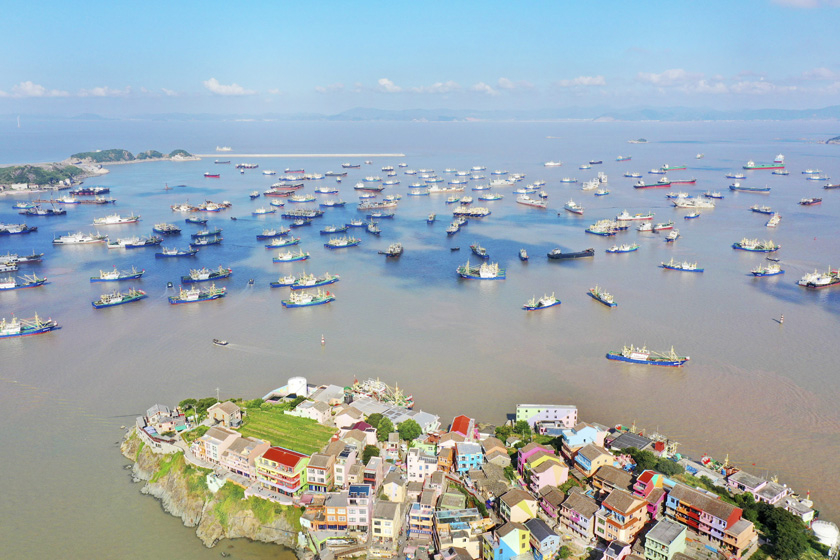 Fishing boats at Shitang port in Taizhou on Saturday. More than 3,000 vessels set off from the city’s ports to fish on Monday. Photo: VCG