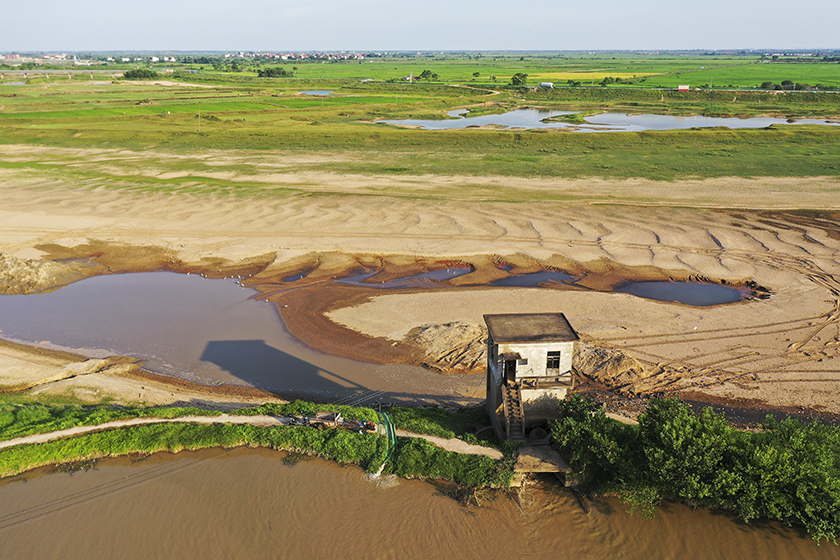 A tributary of the Ganjiang river in Nanchang, East China’s Jiangxi province, had nearly dried up on Monday due to the high temperature. Regions in the Yangtze River Delta and along the Yangtze River Basin have been grappling with heat and drought since July. Photo: VCG 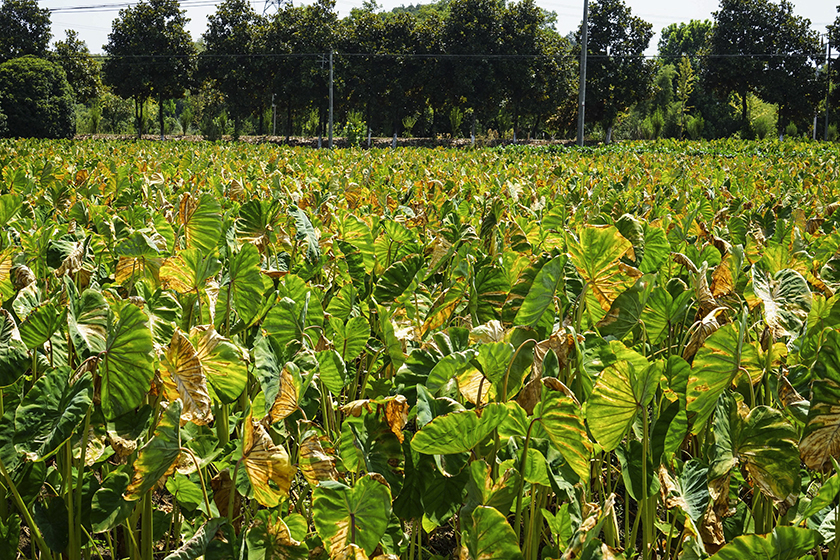 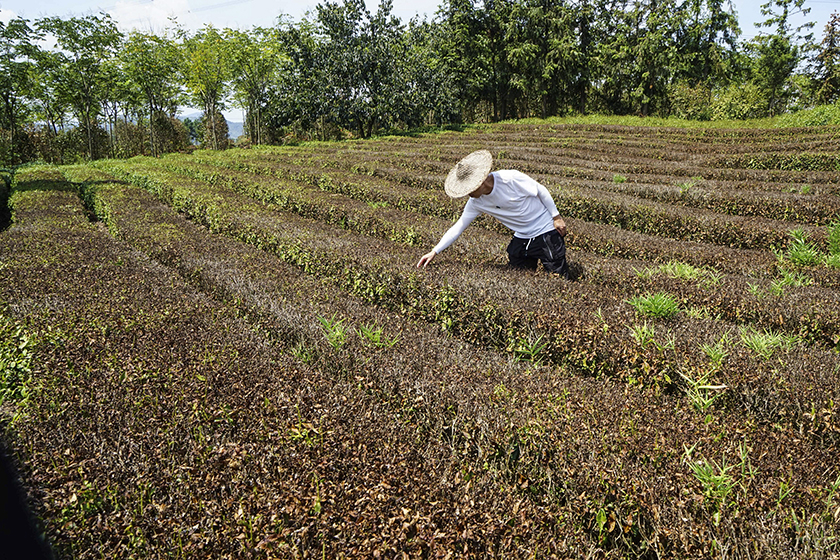 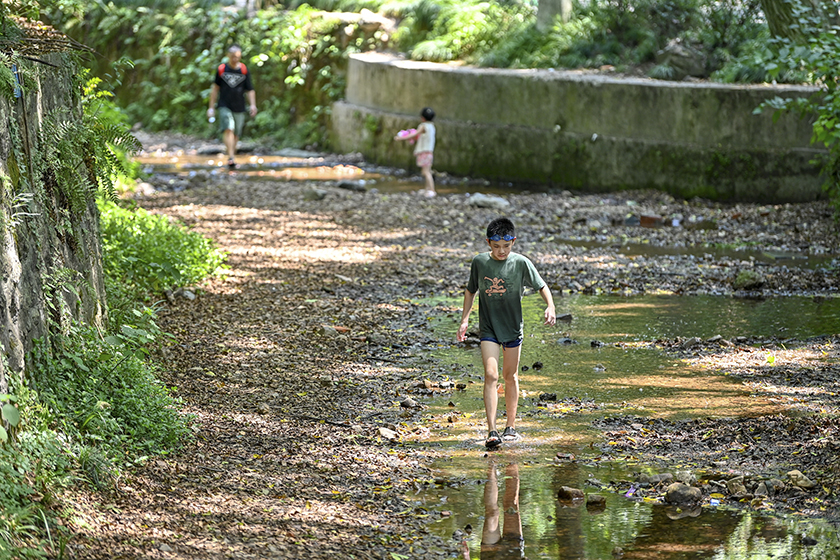 A child walks in a nearly dried stream of the Jiuxi river in Hangzhou, East China’s Zhejiang province, on Monday. That day, the temperature in Hangzhou reached 41.8 degrees Celsius (107 degrees Fahrenheit), the highest of the season since 1951. Photo: VCG 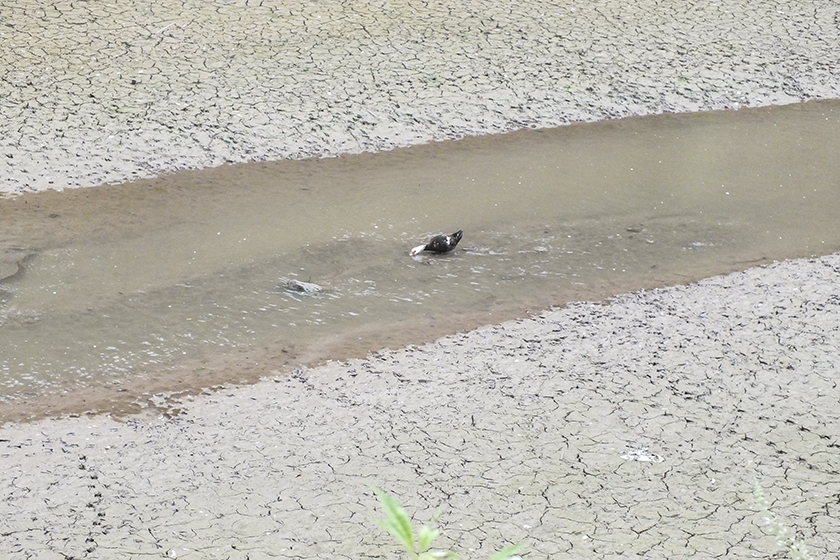 A duck forages for food in a dried-up river in Southwest China’s Chongqing municipality on Monday. Amid temperatures of over 40 degrees Celsius (104 degrees Fahrenheit), the city’s 51 rivers had stopped flowing and 24 reservoirs had dried up. Photo: VCG 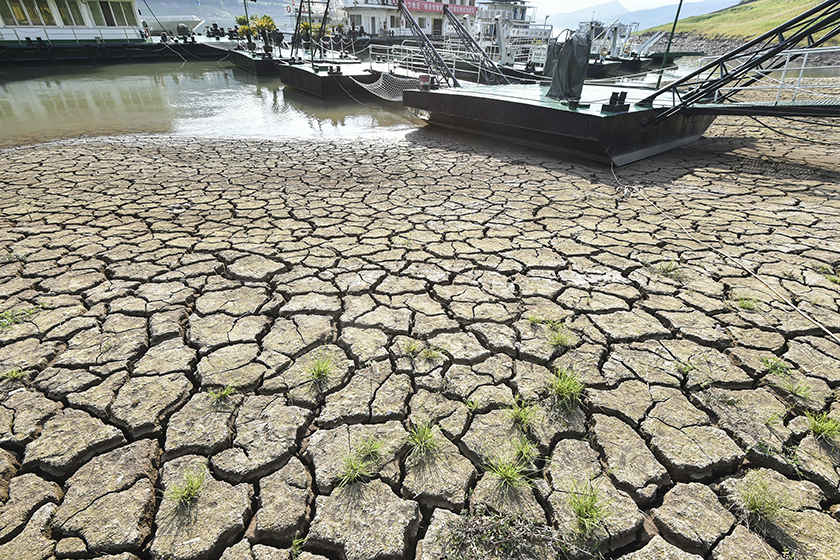 A riverbed is exposed Tuesday in Chongqing’s Yunyang county after the water level of the Yangtze river declined. The drought has affected 36,700 hectares of crops in Chongqing. Photo: VCG 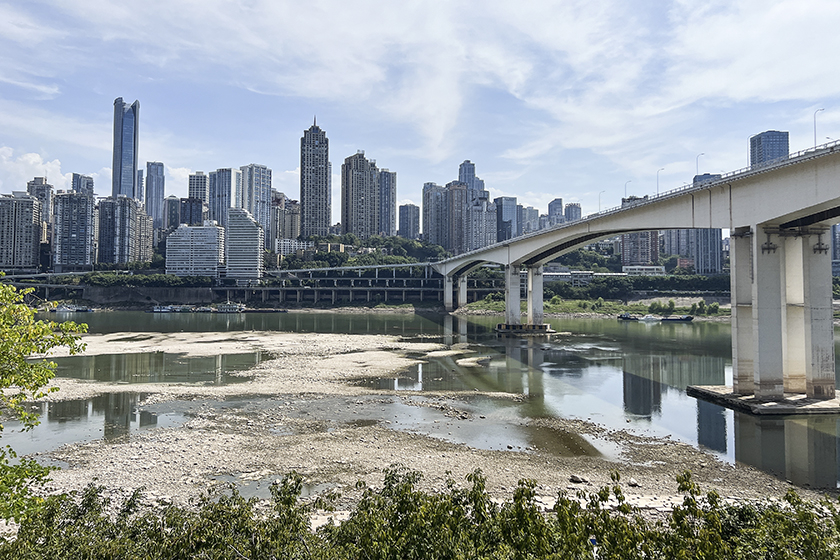 The exposed riverbed of the Jialing river in Chongqing around 4 p.m. Tuesday. More than 600,000 people in 31 districts and counties across the city have been affected by the drought, according to Chongqing Emergency Management Bureau. Photo: VCG 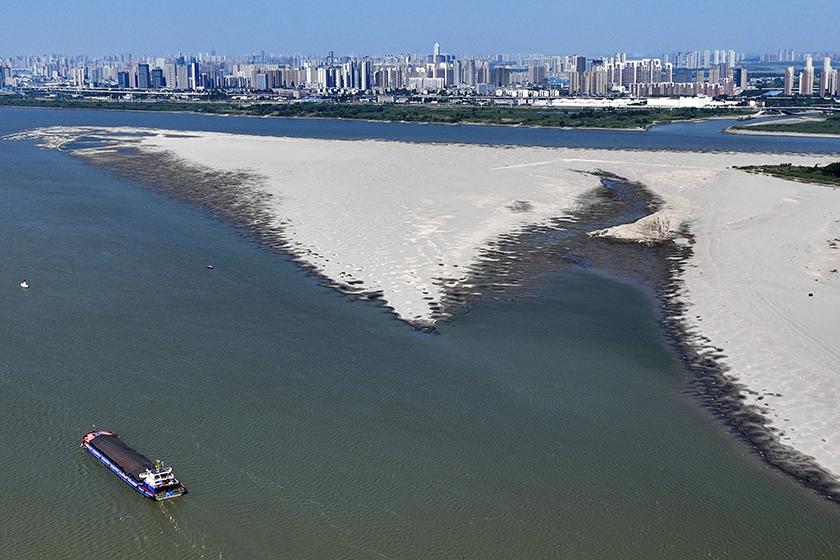 A cargo ship traverses the Yangtze river on Monday in Wuhan, Central China’s Hubei province. The following day, the water level at the Hankou station of the Yangtze dropped to 17 meters (55 feet), about 6.7 meters lower than the same period over the past years. Photo: VCG