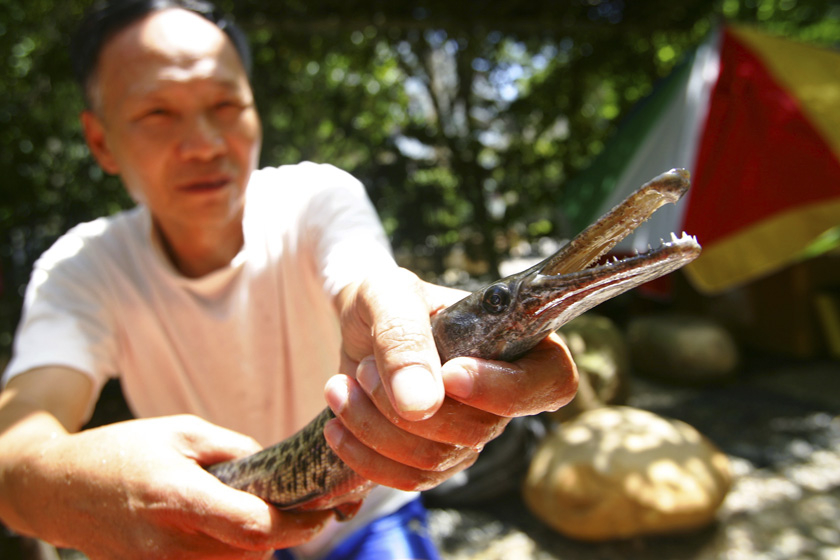 Alligator gars were found in many southern provinces in China before being recently discovered in Beijing and Central China’s Henan province. Feeding on other fish, they can grow to 3 meters long and weigh more than 350 pounds, posing a huge threat to aquatic ecosystems. Photo: VCG 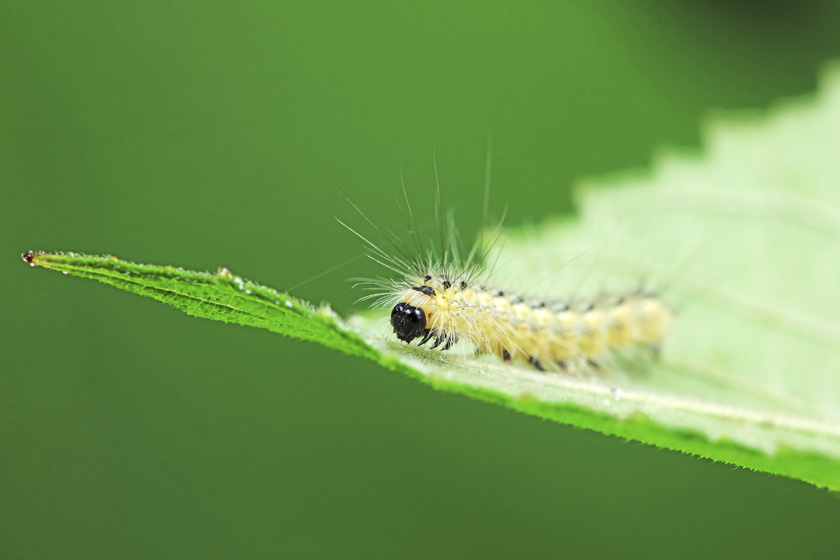 An American white moth larva crawls on a leaf at a park in Tangshan, North China’s Hebei province. The pest, responsible for damaging 179 species of plants, caused a moth plague in the early 1980s. As of 2021, the insect has been spotted in at least 607 counties in 13 provinces in China. Photo: VCG 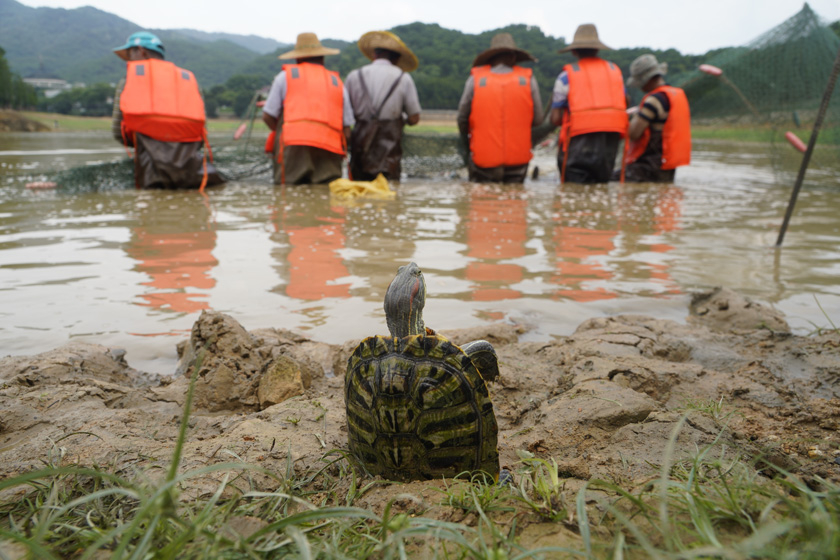 A captured red-eared slider turtle sinks into the mud in 2019 in Guangzhou, South China’s Guangdong province. First introduced to China as a pet, the red-eared slider gets its name from the red stripes around its ears. It can outcompete native turtles for food and nesting. Photo: VCG 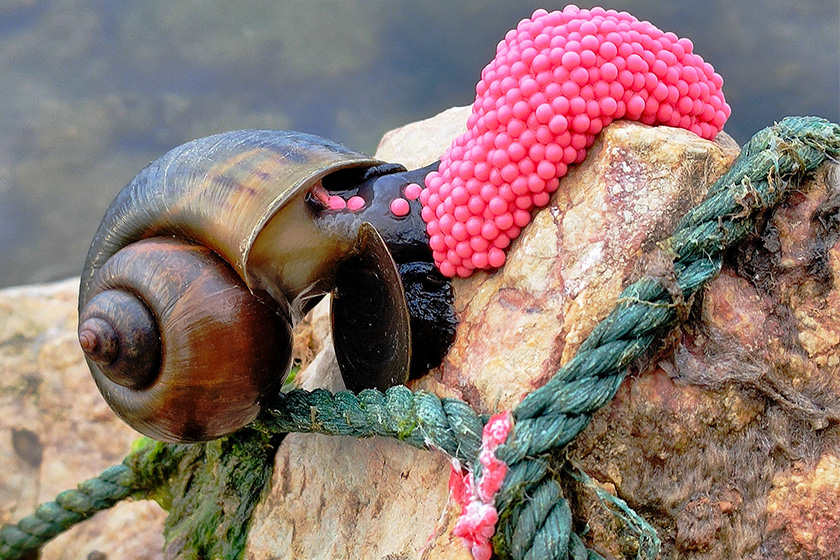 A golden apple snail lays pink poisonous eggs. Originally from South America, golden apple snails were brought to China for food in the early 1980s and have since spread to most parts of southern China. Due to high reproductivity and few native predators, it causes significant crop damage and threatens other aquatic life. Photo: IC Photo 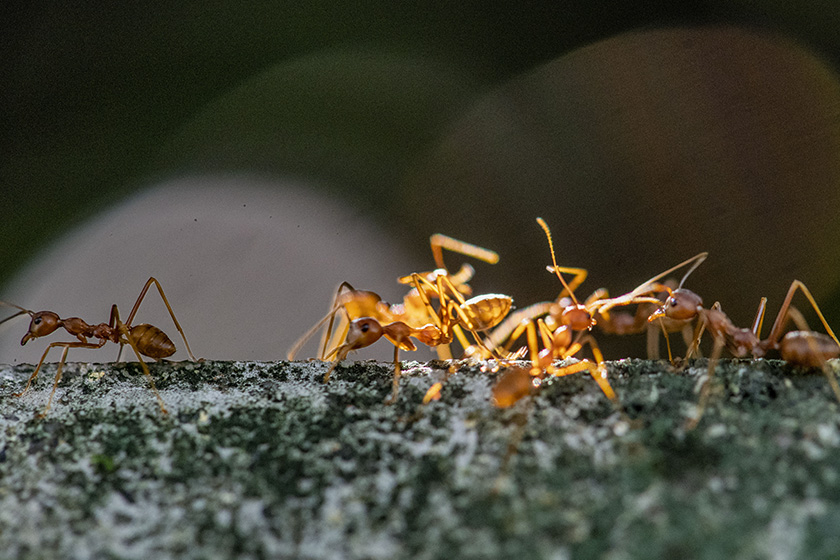 A group of red imported fire ants looks for food at a park on July 21 in Qionghai, South China’s Hainan province. The ants eat both plants and other animals, such as insects and dead mammals. They are known as one of the hardiest invasive species and have painful stings that can be fatal to humans. Photo: VCG 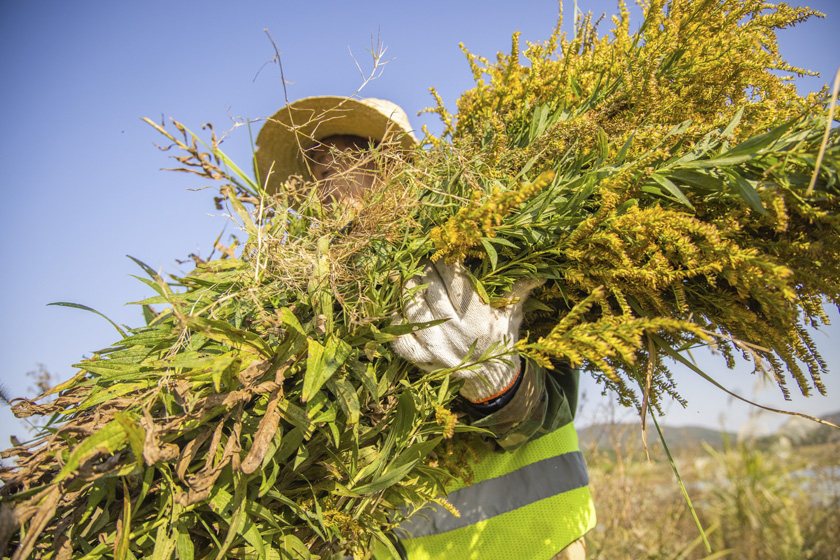 Originally from North America, the Canada goldenrod was introduced into China in the 1930s as an ornamental plant. Due to its strong survival and reproductive capacity, it quickly spread to many parts of the country. The most common way to kill the plant is to pull it out and burn it. Photo: IC Photo 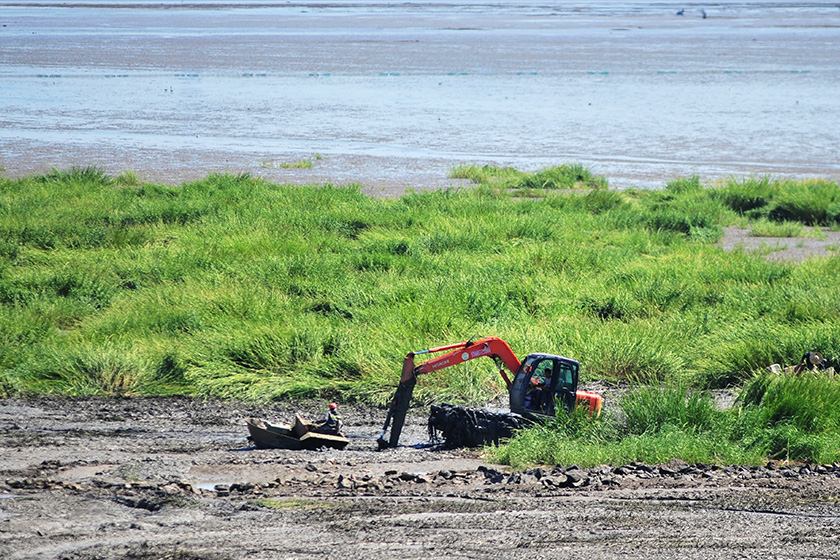 Workers clear smooth cordgrass from a beach in September 2021 in Qingdao, East China’s Shandong province. Smooth cordgrass was introduced to China’s coastal cities to help prevent erosion and buffer against tides in 1979. However, it threatens native coastal ecosystems and many mangroves have disappeared due to its invasion. Photo: VCG 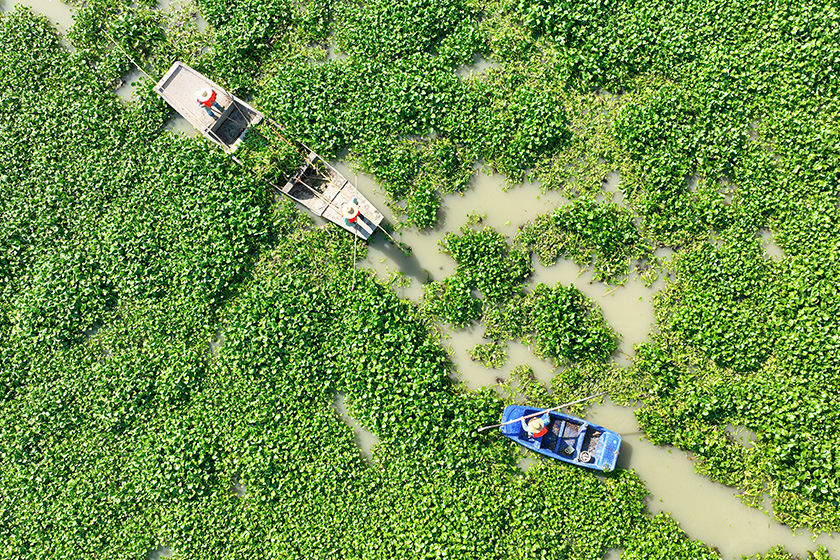 Workers remove water hyacinths from the surface of a pond in East China’s Zhejiang province, on Aug. 9. The water hyacinth is a free-floating aquatic plant native to tropical South America’s Amazon basin. The fast-growing plant can block the sunlight and oxygen vital to aquatic life. Photo: VCG 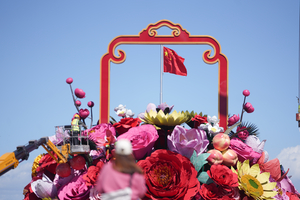 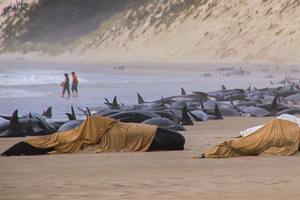 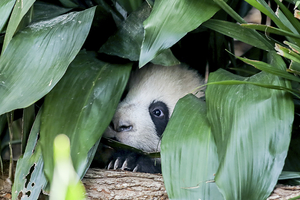 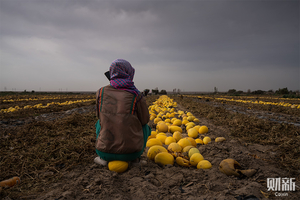 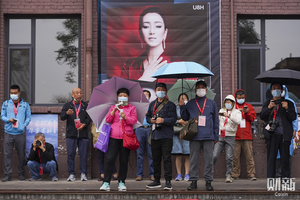 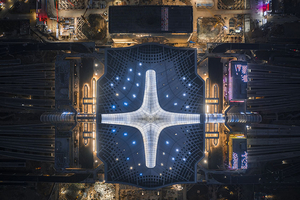 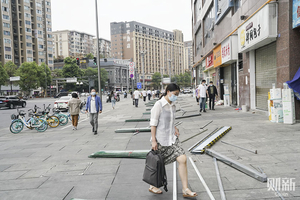