By Qi Zhanning and Ding Yi 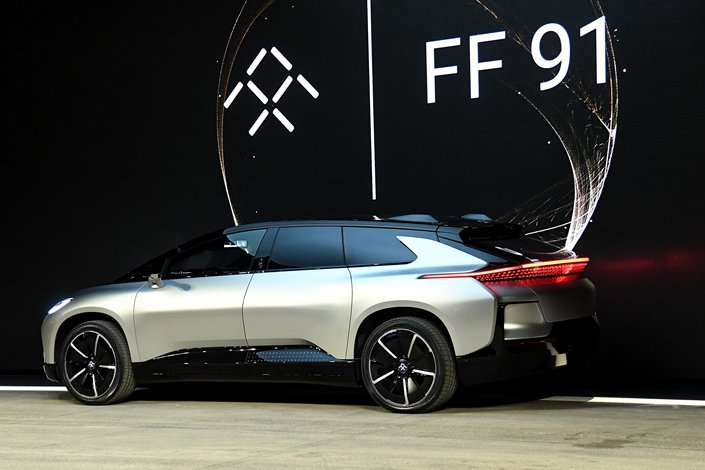 Faraday Future's FF 91 prototype electric crossover vehicle is unveiled during a press event for CES 2017 at The Pavilions at Las Vegas Market on January 3, 2017 in Las Vegas. Photo: VCG

Embattled electric-vehicle maker Faraday Future Intelligent Electric Inc. said that its net loss nearly tripled in in the second quarter, as the eight-year-old company struggles to start mass production of its first model.

The Nasdaq-listed company reported a net loss of $142 million in the three months ending June, surging from $53 million in the same period of last year, according to its earnings report released on Monday. The carmaker, founded by controversial Chinese businessman Jia Yueting, had an accumulated deficit of $3.2 billion on its balance sheet as of June 30.