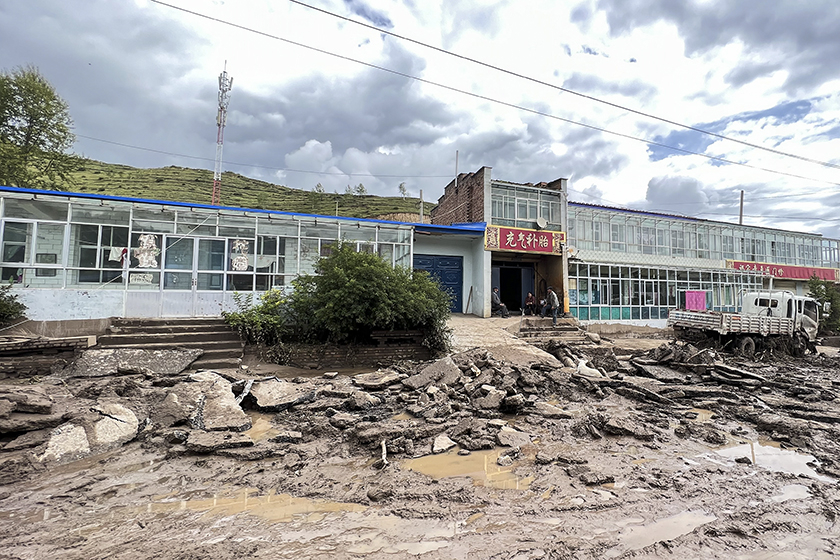 The landslide and flash flooding were triggered by a heavy rainfall that started at 10:25 p.m. on Wednesday. Several populated areas in Datong Hui and Tu autonomous county in Northwest China’s Qinghai province were hit the next day, leaving at least 17 dead and 17 missing. Photo: Ma Mingyan/China News Service, VCG 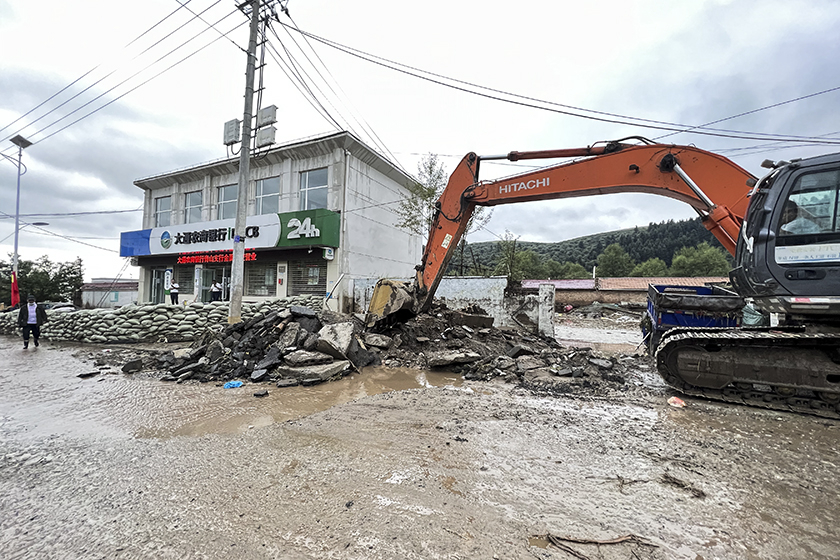 An excavator clears debris on a damaged road in the aftermath of flooding in Datong Hui and Tu autonomous county on Thursday. Photo: Ma Mingyan/China News Service, VCG 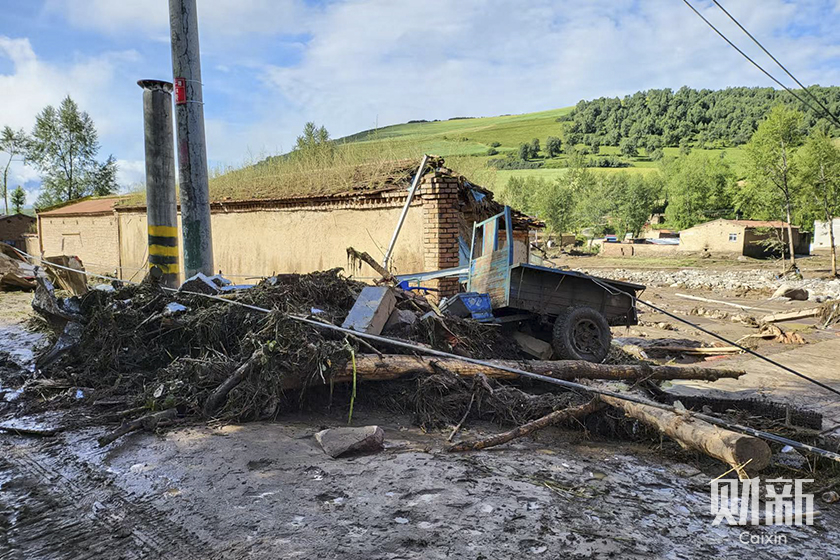 The flood has affected 6,245 people in six villages in Qingshan and Qinglin townships of the county. Photo: Caixin 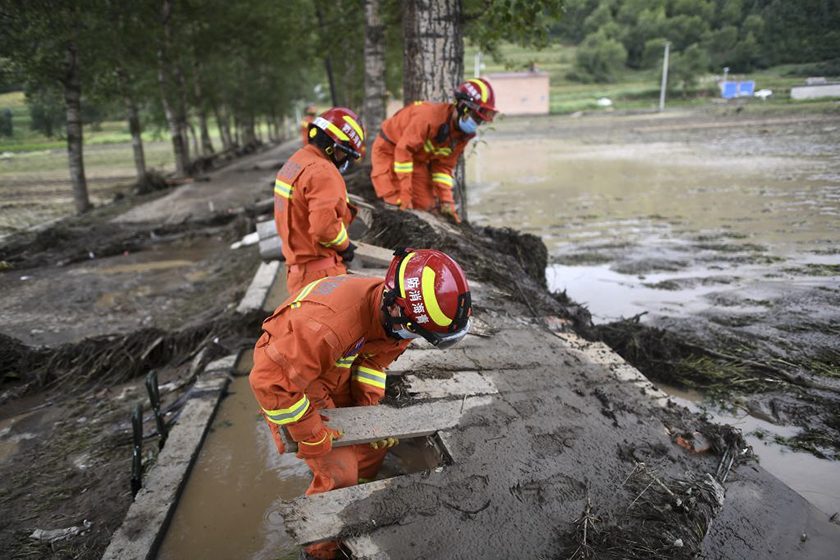 A search and rescue team of around 4,500 people were dispatched to the site after the incident. Photo: Xinhua 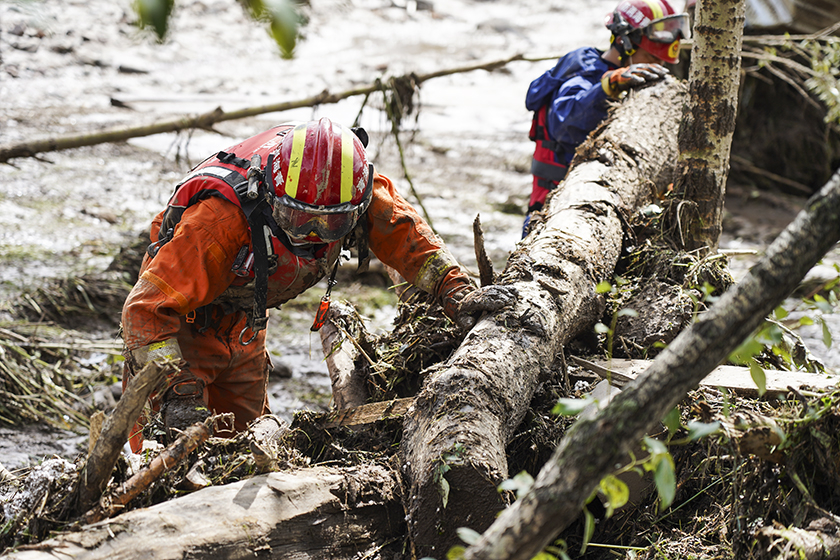 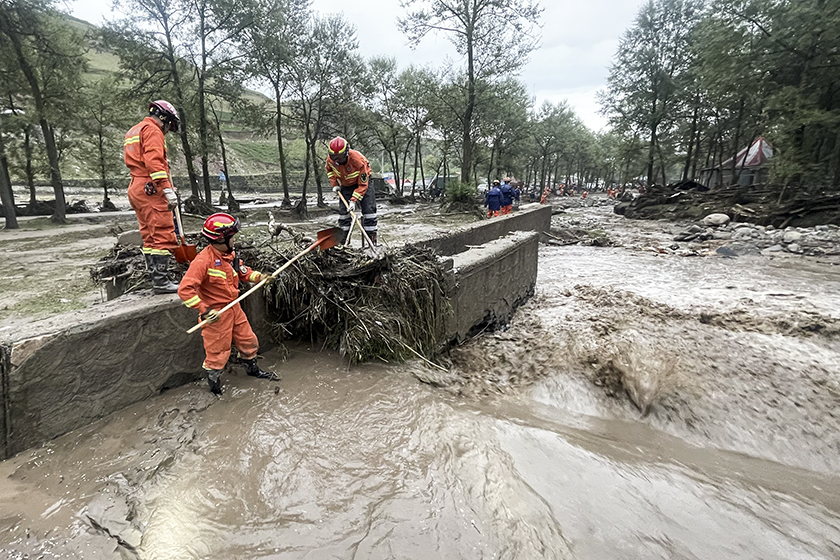 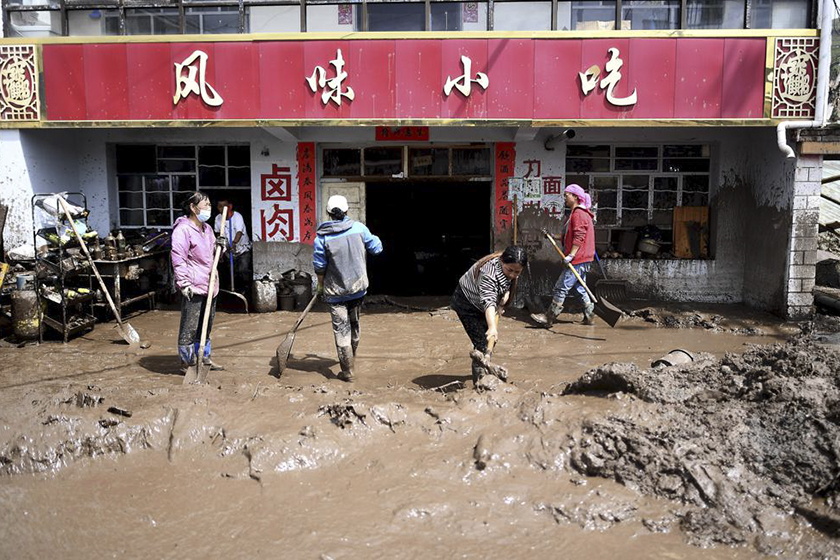 Residents remove mud from their property. The flash flooding washed away at least two buildings and damaged 14 others, according to Xinhua. Photo: Xinhua 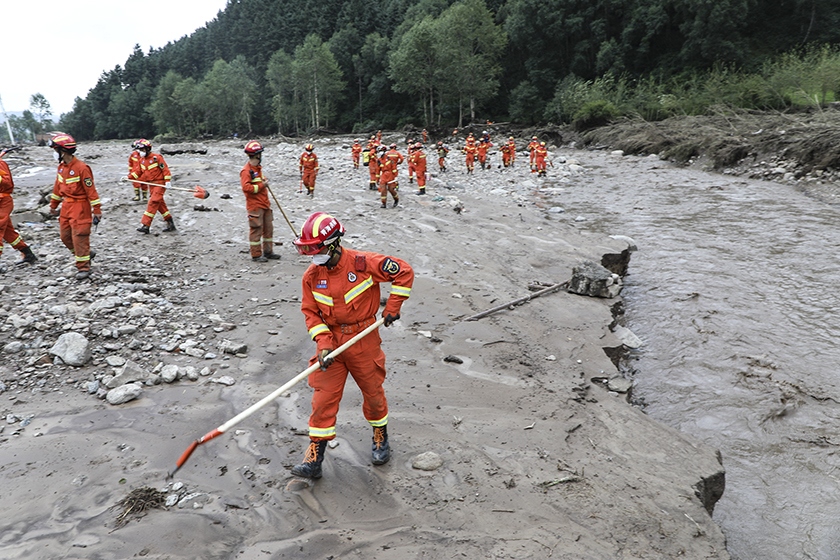 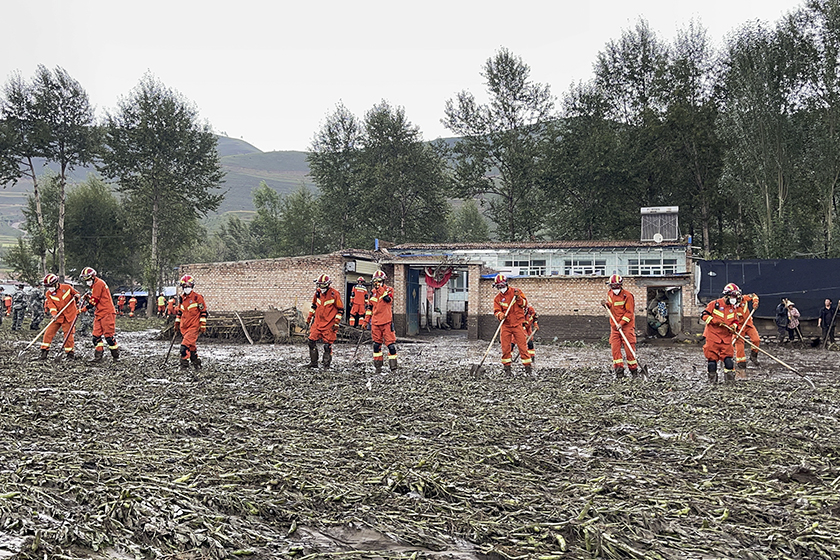 Firefighters clean up debris deposited by the flash flooding. The Ministry of Finance and the Ministry of Emergency Management have earmarked 50 million yuan ($7.4 million) as disaster relief funds for the province. Photo: VCG