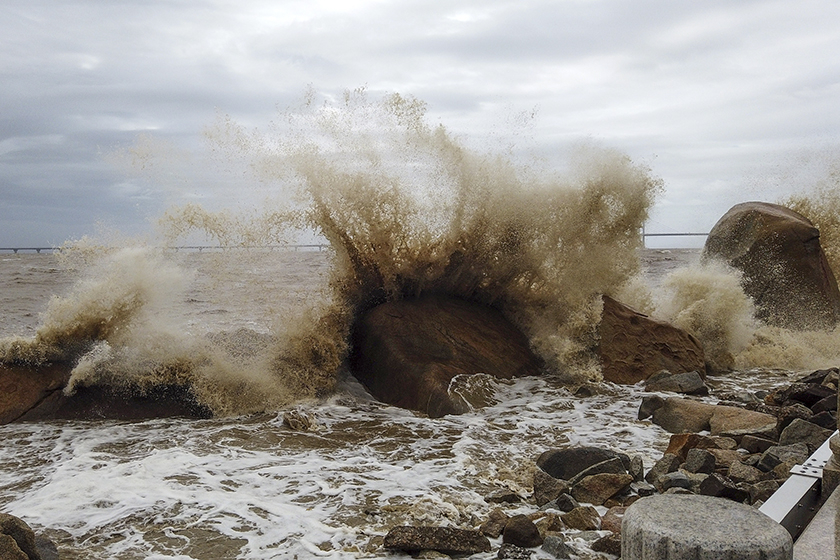 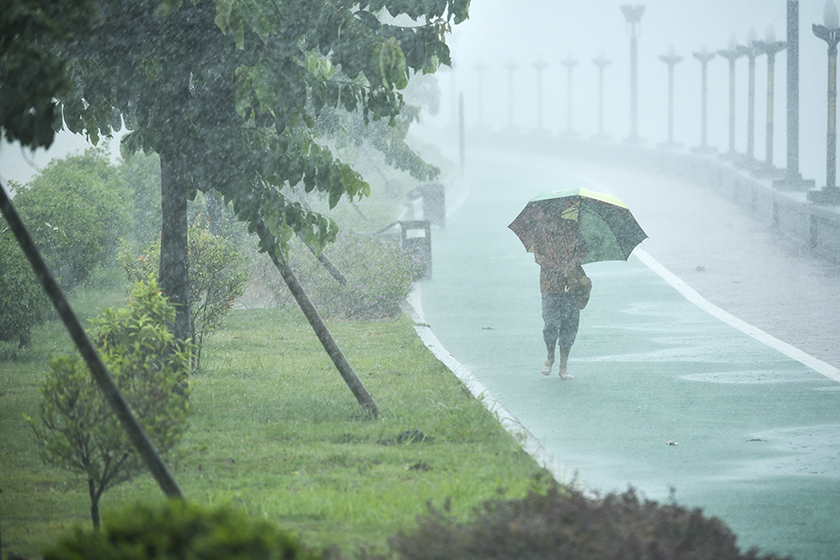 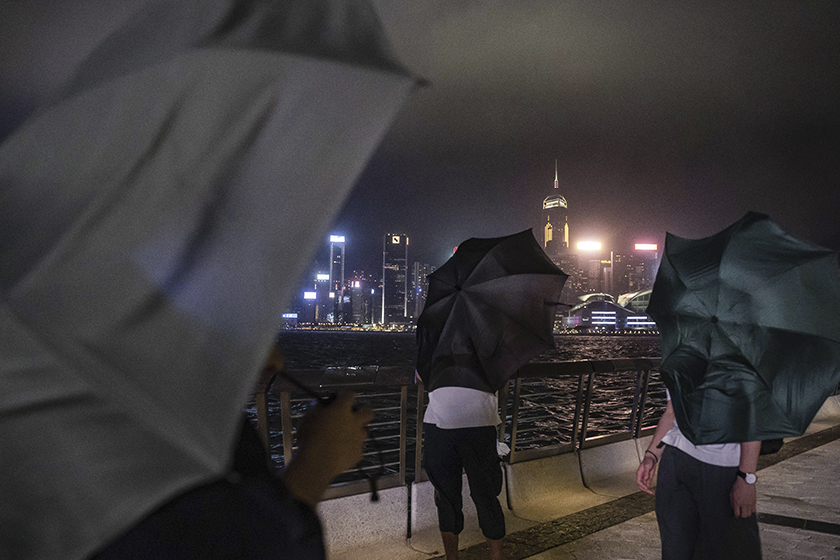 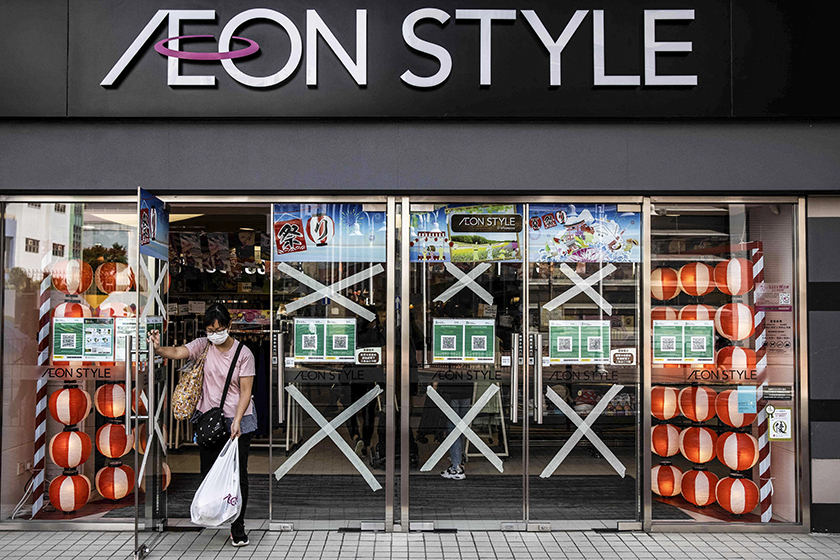 Shops tape their windows to prevent them from getting shattered by the storm’s powerful winds. Photo: Isaac Lawrence/VCG 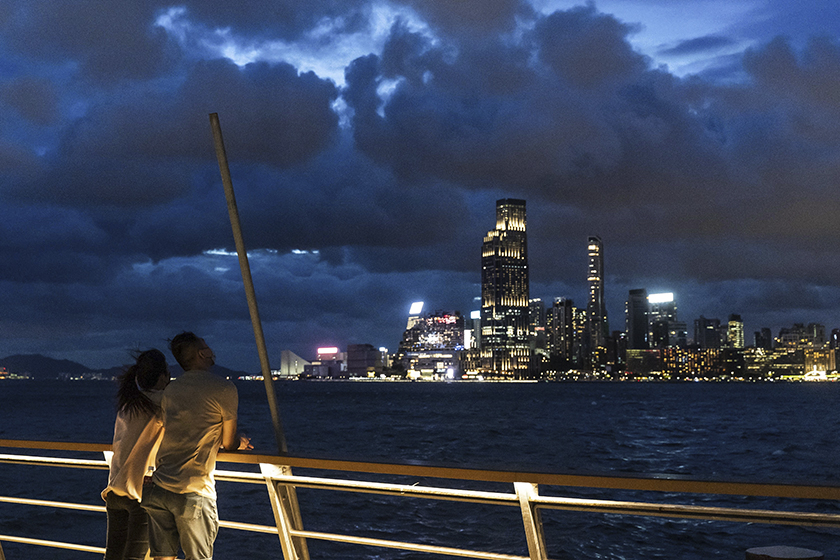 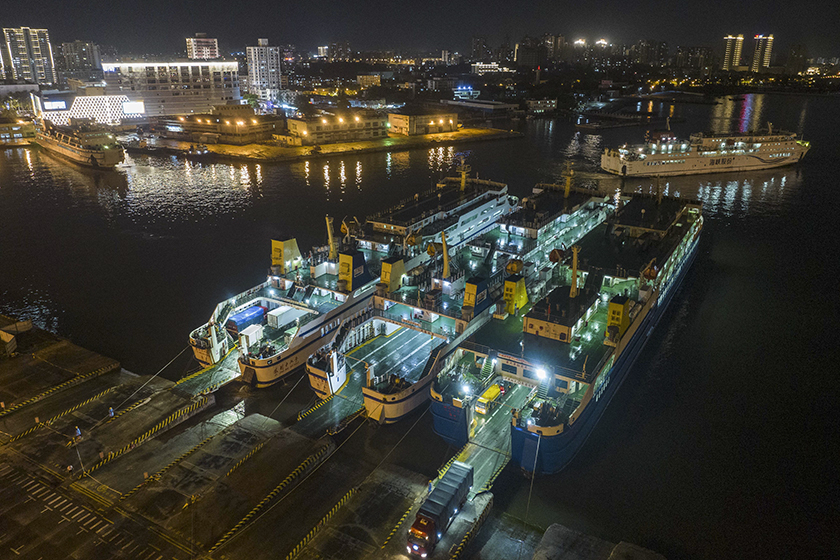 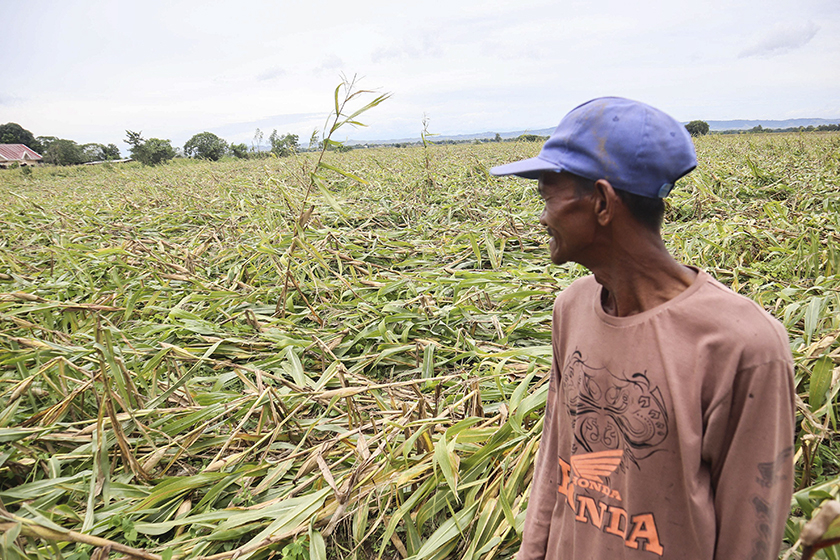 A farmer inspects his damaged corn in the city of Tumauini in the Philippines on Wednesday, a day after the storm struck the country. Photo: Villamor Visaya/VCG 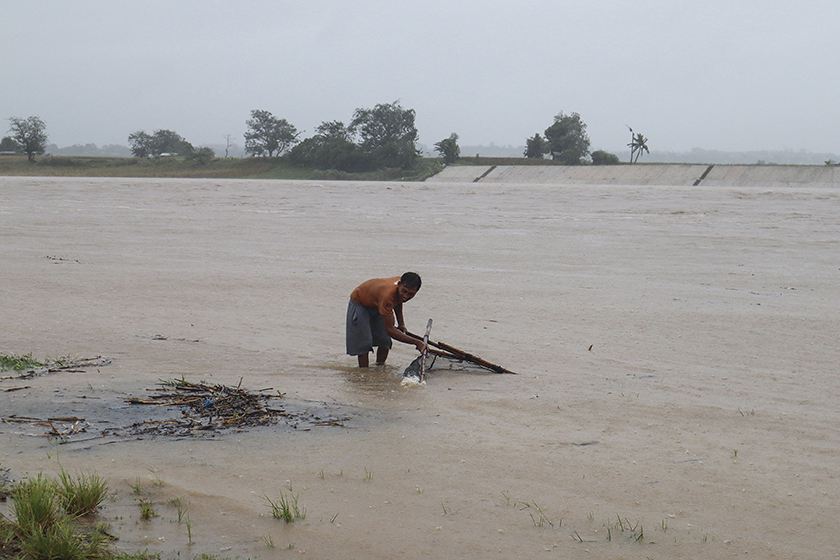 A resident removes his fishing gear from the overflowing Pinacanauan River on Tuesday, the day the storm landed in the northeastern Philippines. The storm left at least three people dead and four injured in the country. Photo: Villamor Visaya/VCG