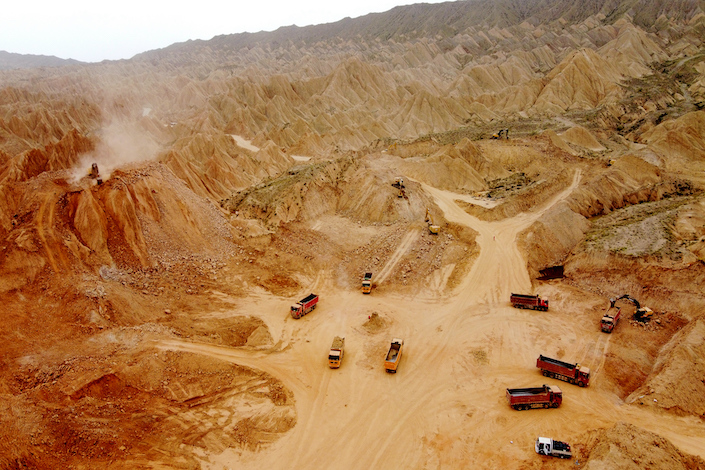 Workers operate in an oilfield in Xinjiang.

The slowing economy is putting significant pressure on China’s fiscal revenue, forcing some local governments to sell off idle properties or mining rights to raise funds.

General public revenue in the first seven months this year was 12.5 trillion yuan ($1.8 trillion), down 9.2% from a year earlier, according to the Ministry of Finance. Tax revenue rose just 0.7% from a year ago to 10.3 trillion yuan after tax rebates. Excluding tax rebates, tax revenue declined 13.8%. Nontax revenue increased nearly 20% and accounted for 17.9% of total general public revenue, the third-highest level since 1994.