By Wang Xiaoqing and Han Wei 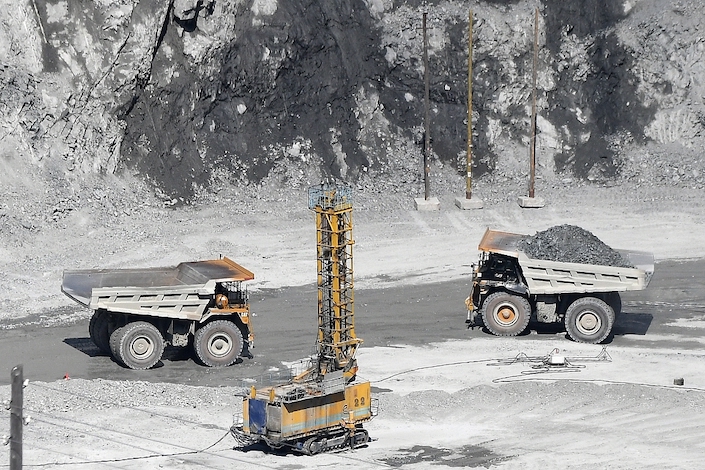 PJSC Polyus, Russia's largest gold producer, became the second company in the country to sell bonds in Chinese currency as Russian businesses increasingly turn to China and the yuan for borrowing in the face of sweeping sanctions imposed by Western countries.

Polyus issued 4.6 billion yuan ($670 million) of yuan-dominated bonds Tuesday, according to bond sales documents. The five-year debt instruments have a coupon rate of 3.8%. Proceeds will be used for general corporate purposes and investments, the documents showed.

Russian companies are tapping the yuan bond market to cut their dependence on the American dollar amid sanctions imposed by the U.S. and other countries to punish Moscow for its invasion of Ukraine, including restrictions on the use of dollars in international transactions. This has made it hard for Russian companies, banks and investors to do business, forcing them to turn to alternative currencies.

The Russian Ministry of Finance is also considering yuan bond sales in hopes of attracting Chinese investors, though preparations for such borrowings may take at least a year, a local newspaper reported.

Russia became the third market outside the Chinese mainland to use yuan for global payments, after Hong Kong and the U.K., according to a July report by the global financial messaging firm SWIFT. Yuan-dominated transactions by Russia banks and enterprises accounted for 4% of total local transactions in July, up from 1.42% a month earlier, according to the report.

Appetite for the Chinese currency in the international market has grown larger and more diversified since the beginning of this year. The availability of the yuan has improved significantly due to the impact of multiple international political and economic factors, Terry Zhang, head of global strategy and business management at Pengyuan Credit Rating (Hong Kong) Co. Ltd., said in an earlier interview with Caixin.

The Chinese yuan was the fifth-most used currency in July, accounting for 2.2% of global payments, according to SWIFT.

The Polyus debt sale attracted 50 orders from banks, asset managers, investment and insurance companies, and individuals, said Gazprombank, the lead manager of the placement. The initial issuance size was planned at 3.5 billion yuan and was expanded to 4.6 billion yuan due to high demand.

To lure individual investors, the subscription threshold was set at 1,000 yuan, according to Gazprombank. About 71% of the debt was subscribed by banks, with 15% going to investment firms, 13% to retail investors and 1% to wealth management companies.